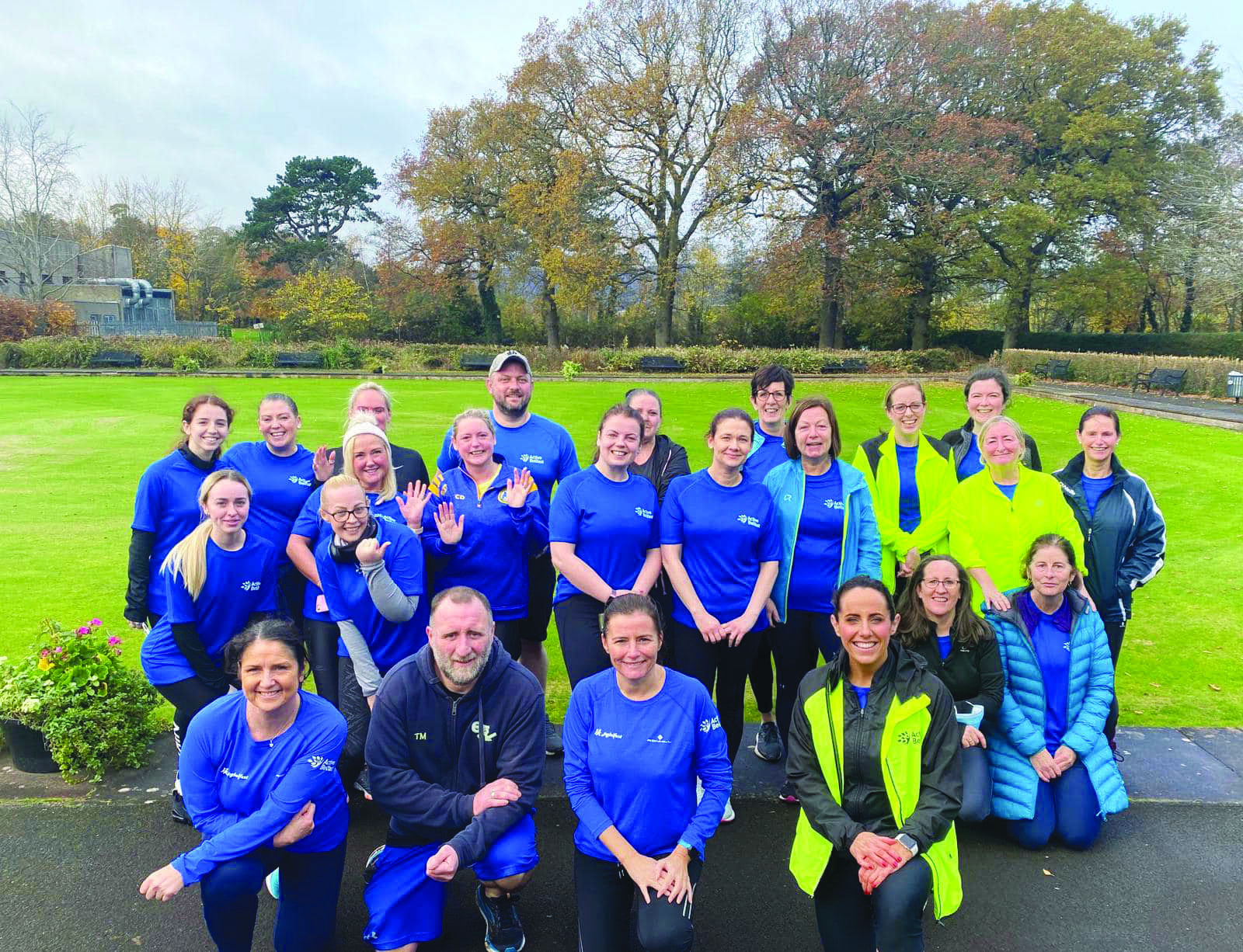 PULLING on the trainers for that first run in years or even ever may seem like the most daunting of prospects, but everyone must start somewhere and will a group of likeminded people joining forces to make that first step, perhaps it becomes just that little easier.

The numbers of walkers, joggers and runners around the roads and parks has noticeably increased over the years and the JogBelfast initiative has played a huge role in helping people not just get, but remain active.

JogBelfast is a free 10-week programme aimed at training people of all abilities, but especially those who have never ran before, to the stage where they are capable of running a 5k at the end of the programme.

Sessions are twice weekly, last approximately one hour, and are tailored to the ability of the participants. Programmes are friendly and welcoming and coaches are trained to AthleticsNI accredited qualifications.

Every programme targets a group graduation run week 10 at a local parkrun as an introduction to a running community that will sustain your running post JogBelfast.

“We started back in 2013 with one programme up in North Belfast at Girls Model,” explained Matt Shields, Parkrun Ireland manager who is also the driving force behind JogBelfast.

“At that time, the Public Health Agency in Belfast who helped us dell it and observed it to see how it would go. They were very happy with how it went and then came back asking if we could repeat it and offered funding with the caveat that it needs to be offered in all four corners of Belfast.

“From there, we took on partners, grew it into four and because demand was so great, that grew into seven and now eight different programmes.”

Last week, a survey carried out reflected the successful growth of the programme with the vast majority responding that they had completed the programme having never completed a 5k before, but intend to continue on their journey.

The list of benefits the responders listed included physical benefits including feeling fitter, having more energy and getting better sleep, while also reporting their mental health has dramatically improved through exercise and from meeting and interacting with new people.

“The big difference we are seeing since lockdown is that when you get the feedback, one of the benefits outside of feeling better and getting healthy is of meeting people,” Matt reported.

“That makes you mentally better to deal with things, especially with all that’s going on at the moment. I’d say that post-Covid the mental aspect is stronger that’s ever been.

“One of the best things from lockdown was the amount of time people spent outdoors walking or doing whatever.

“I don’t think it was people being unfit after lockdown, but they really did crave the social interaction.

“The last couple of times we put on this parents’ programme, the feedback we were getting was that it was people of parental age who suffered most during lockdown, especially females doing homeschooling and looking after the kids.

“We decided to put on this parents’ programme at 9.30am after the kids had been dropped to school and we said to come down to the Waterworks and that proved quite popular.”

When speaking on Friday, Matt was at his computer putting together the final touches for the next programme that will begin early in the new year that opened for registrations at the weekend.

JobBelfast runs three programmes per year in January, April and September with each 10-week programme comprising of two sessions per week.

Week 10 is graduation where all involved complete 5k at their own pace and as the survey highlighted, that is just the beginning of the next chapter for those involved.

“Just so we can get some sustainability, we ask them to do a 5k run, walk or whatever takes their fancy at the end of the programme, preferably at a Parkrun,” Matt explained.

“That helps introduce them into a sustainable community that will continue once the programme needs.

“Also, a lot of the people who help us deliver the programmes now are with running clubs that also helps them to follow-on.

“This is an entry level programme, but has a lot of links that makes it sustainable for everyone including the running clubs.

“Typically, a lot of our people couldn’t run more than couple of hundred metres on the first night and if we can get them to the stage where they can go round 5k in 40 minutes or even walk 5k in those 10 weeks, then it’s a success.

The JogBelfast programme attracts people from all walks of life, from the typical demographic of women aged between 35 and 55, to many of the city’s new residents from ethnic minorities and all in between.

The upward trajectory of the programme looks set to continue apace with The Belfast Trust planning to operate separate a programme for staff members.

All are welcome to get involved in this programme that has helped countless runners make that first big step.

If you would like to get into activity through JogBelfast then all you have to do is to choose the most convenient programme and register online at jogbelfast.co.uk or contact the Jog Belfast Facebook page. You will receive an acknowledgement email and pre-start a further email to explain all the first night instructions.