Justice is done to a theme for the ages 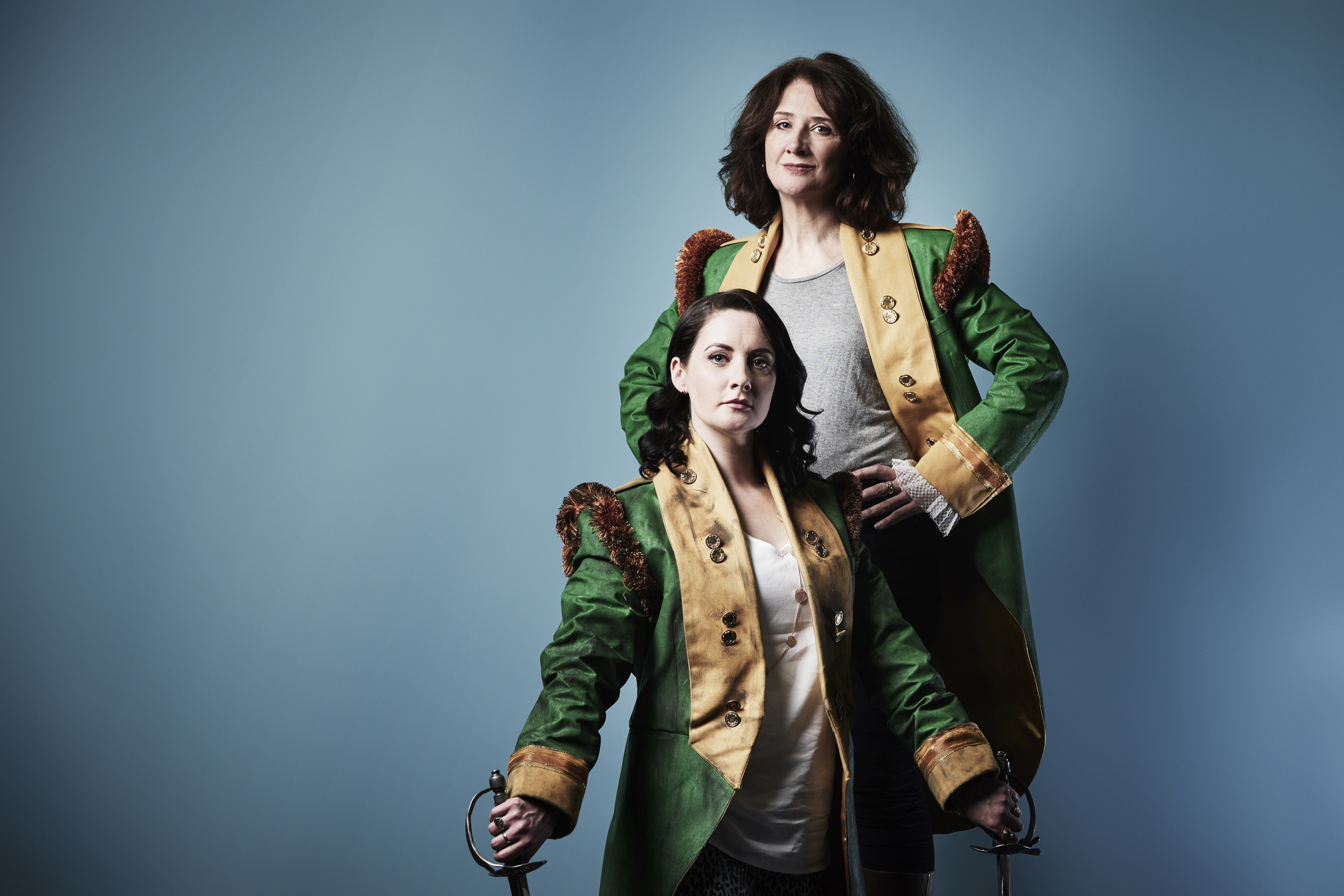 Charlotte McCurry (below) and Ali White in Northern Star

THE 1798 rebellion is that rare Irish uprising that can – for a time anyway – have been seen as an authentic cross community affair, that if carried out now would probably get a grant.

Northern Star is set in its aftermath, with leader Henry Joy McCracken hiding out in a semi-derelict house on the Cave Hill with his partner and their child. She wants him to flee to America but he is reluctant and spends their last night together ruing their failure to overthrow the British.

Why this hope of uniting Catholic, Protestant and Dissenter didn’t work is explored over Henry Joy’s ‘seven ages’ all told in the style of a different Irish writer and each is hugely enjoyable.

Most of the cast – both women and men – don the garish green robe of McCracken to play him at least once across the seven ages – sometimes as an idealistic revolutionary, sometimes as a regretful military leader replaying unlucky defeats, and again as a man about town fond of beer and debates.

Often funny, the play nonetheless gets to the heart of the political question of Ireland and the thing that keeps the play set over 200 years ago sharply relative. The age where Henry Joy, played by the excellent Ali White, visits a poor Catholic family in rural Armagh and becomes embroiled in mediating a local sectarian conflict before finding out both sides had at one stage sworn allegiances to the United Irishmen is a neat representation of how local issues of religion have always foiled any joint attempt at achieving national determination.

But what is national determination? Another age where Henry Joy debates with a British Army captain over Ireland represents a often articulated unionist view that Ireland has never been united except under British dominion so a 32 county sovereign republic is a step into the unknown. Sure, Henry Joy is told, aren’t the soldiers in the field around the cottage putting down the rebellion from Kerry?

Written during the 1980s by East Belfast playwright Stewart Parker, the themes would have touched nerves in the pre-ceasefire city but it is clear Parker had done his historical research before putting pen to paper, with all the issues of the day faithfully portrayed.

It deals with weighty issues but there is enough humour to lighten the political tone, particularly in the age where the famous Belfast Harp Festival of 1792 is recalled.

The set for all the ages is sparse but there is good use of music with both the bodhran and Lambeg drum featuring.

The supremely talented Charlotte McCurry sings, acts as Henry Joy’s lover and mother to his daughter, and even plays the flute during one scene. Paul Mallon has the green jacket on for the majority of the time as Henry Joy, and does a fine job of knitting everything together.

Dramatising political issues in Ireland is always fraught with difficulty but watching this play you would wonder what all the fuss is about as Northern Star is a fantastic piece of work that is done full justice with this Rough Magic Theatre production.