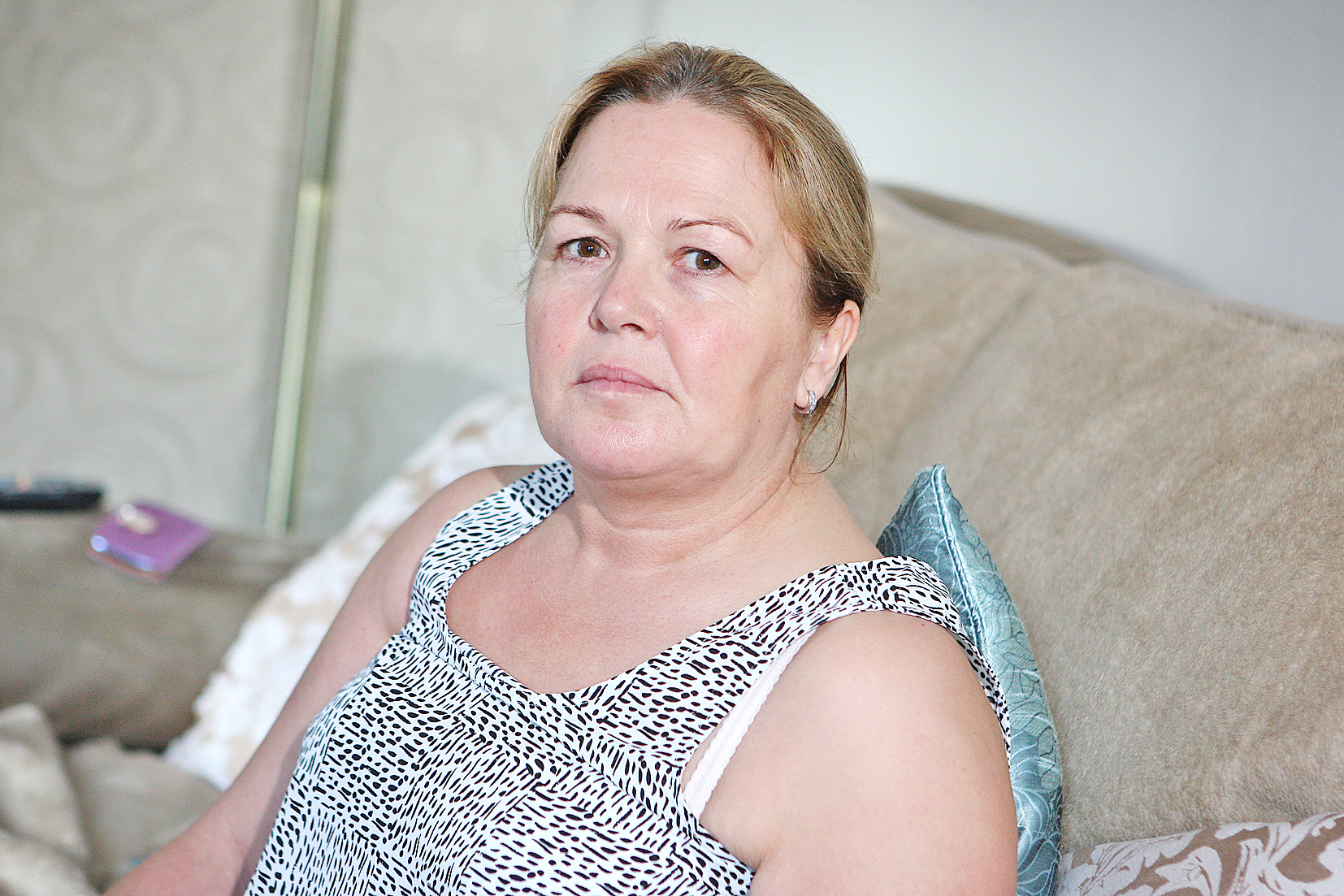 A West Belfast man says his life is “on hold” after a death threat was made against him by a group calling itself the West Belfast INLA.

Now his mum has defiantly declared: “They’ll have to shoot me as well!”

Speaking from his mum’s O’Neill Street home in the Clonard area, 28-year-old father-of-two Stephen Carson – who has just been released from prison after serving two-and-a-half years for robbery – explained that the threat had been communicated to prisoners support group Base 2 and was passed on to the Prison Service.

“I’ve just been released from Magilligan,” said Mr Carson. “Just before I was getting out the prison liaison officer told me that a threat against my life had been given to Base 2 from the West Belfast INLA.

“I don’t know why or where this is coming from and all I want is to get on with life, get back on my feet. I can’t even stay with my mum, I’m staying with a friend, keeping my head down as everything now is put on hold. I can’t go nowhere, I can’t see my kids. I just want to ask those behind the threat to make themselves known, to come forward.”

Mr Carson said that he believes those behind the threat are members of a criminal gang led by former INLA members linked to the April 2013 murder of 26-year-old Kieran McManus, who was a close friend of his.

“There was an altercation in Turf Lodge a few years back and maybe this is where all of this is coming from,” said Mr Carson.

After Kieran McManus’s murder, PSNI detectives investigated a link to a bloody brawl in Turf Lodge in 2010, which resulted in one man being injured with a samurai sword.

The Andersonstown News reported back in April 2013 that the man who carried out the brutal shotgun murder of Kieran McManus was a member of a criminal gang led by expelled former INLA members.

Stephen’s mother Bernie told us that she’s willing to meet those who have threatened her son’s life.

“I’ll meet with them any time they want,” she said. “I wouldn’t want Stephen to go as I wouldn’t trust them. We’ve never contacted the Andersonstown News for anything, but we’ve no other choice here,” she added.

Bernie said that Stephen “wants to make up what he has lost out on” with his two young children.

“He can’t see them as the mummies are scared that anything can happen and you can’t blame them. We are challenging those people, whoever is behind this threat, to come out and tell us who they are. If these people want to shoot Stephen then they will have to shoot me as well.”

Gerry Foster of the Irish Republican Socialist Party (IRSP), the political wing of the INLA, told the Andersonstown News yesterday that the threat did not come from them and that Mrs Carson has already been assured by its members that this was the case.

“This threat did not come from the IRSP,” said Gerry, “it’s ridiculous, it’s crazy. It’s some sort of criminal element using a type of name and associating the IRSP movement. I will stress again that this threat has nothing whatsoever to do with the IRSP.”