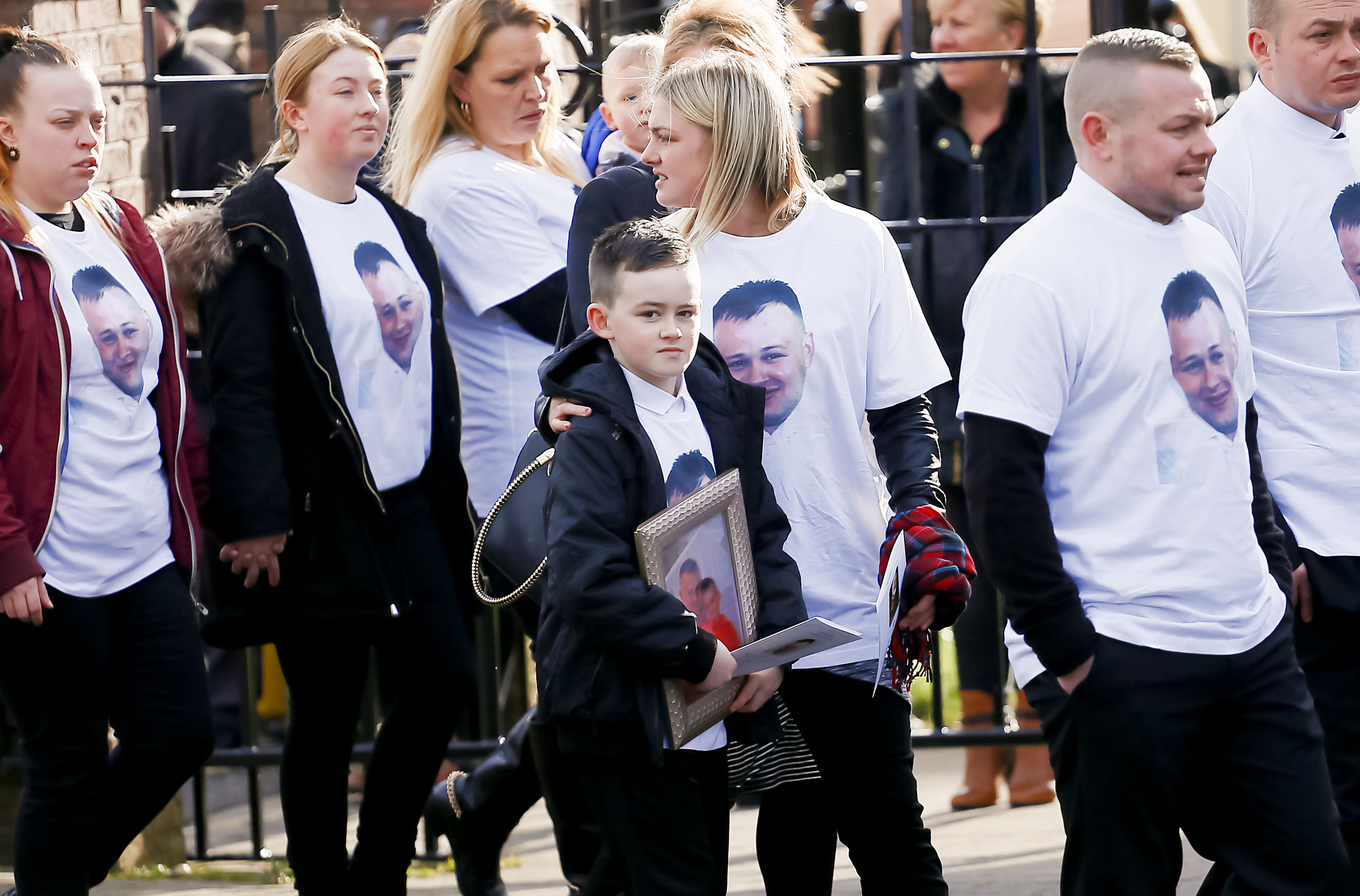 THE father-of-two shot dead in the south of the city last Thursday week has been laid to rest.

Stephen Carson (28), who was originally from Turf Lodge, was shot in a house at Walmer Street off the Ormeau Road area at about 10.45pm on Thursday, February 25.

At his funeral in Turf Lodge, West Belfast, on Saturday Father Brendan Smyth told mourners there was no justification for his killing.

“Life is so cheap that it can be snuffed out in the blink of an eye or by the pulling of a trigger,” said Fr Smyth. There is no justification for treating life in such a way.”

The father-of-two was having a meal with his partner and nine-year-old son when at least three men carrying a hammer and a shotgun burst into the house. They pursued him through the property before cornering him in a bathroom and shooting him through the door.

The same organisation is suspected of carrying out the murder of Conor McKee in the Bone in January and has been involved in extortion attempts in the New Lodge area where they are known to have significant strength.

They first came to the attention of police after taking part in building site extortion and later the targeting of low level drugs dealers who were ordered to hand over cash to be allowed to continue their trade.

Although not officially part of the INLA, it is understood members of that organisation provide cover for the gang of mostly criminals.

Since then, they have been linked to a number of kneecappings and murders and have expanded into West Belfast where they have teamed up with experienced criminals linked to other serious crimes.

Speaking to the Belfast Media Group last October, Mr Carson said he had just been released from Magilligan prison where he had served two and a half years for robbery.

“I’ve just been released from Magilligan,” he said. “Just before I was getting out the prison liaison officer told me that a threat against my life had been given to Base 2 (a government body that verifies paramilitary and criminal threats) from the west Belfast INLA.

“I don’t know why or where this is coming from and all I want is to get on with my life, get back on my feet. I can’t even stay with my mum, I’m staying with a friend, keeping my head down as everything now is put on hold. I can’t go nowhere, I can’t see my kids. I just want to ask those behind the threat to make themselves known, to come forward.”

During the same interview Stephen’s distraught mum Bernie told us: “If these people want to shoot Stephen then they will have to shoot me as well.”

Mr Carson said that he believed those behind the threat were members of a criminal gang led by former INLA members linked to the April 2013 murder of 26-year-old Kieran McManus, who was a close friend of his.

The Irish Republican Socialist Party (IRSP), the political wing of the INLA, denied that the threat against Mr Carson had come from them and said they had assured him that this was the case.

At the time of our interview Mr Carson’s mother Bernie told us that she’d be willing to meet with those who had threatened her son’s life and defiantly declared: “They’ll have to shoot me as well!”

“We’ve never contacted the Andersonstown News for anything, but we’ve no other choice here,” she added.