ANDRÉE MURPHY: Legacy is very clearly not a job for the PSNI 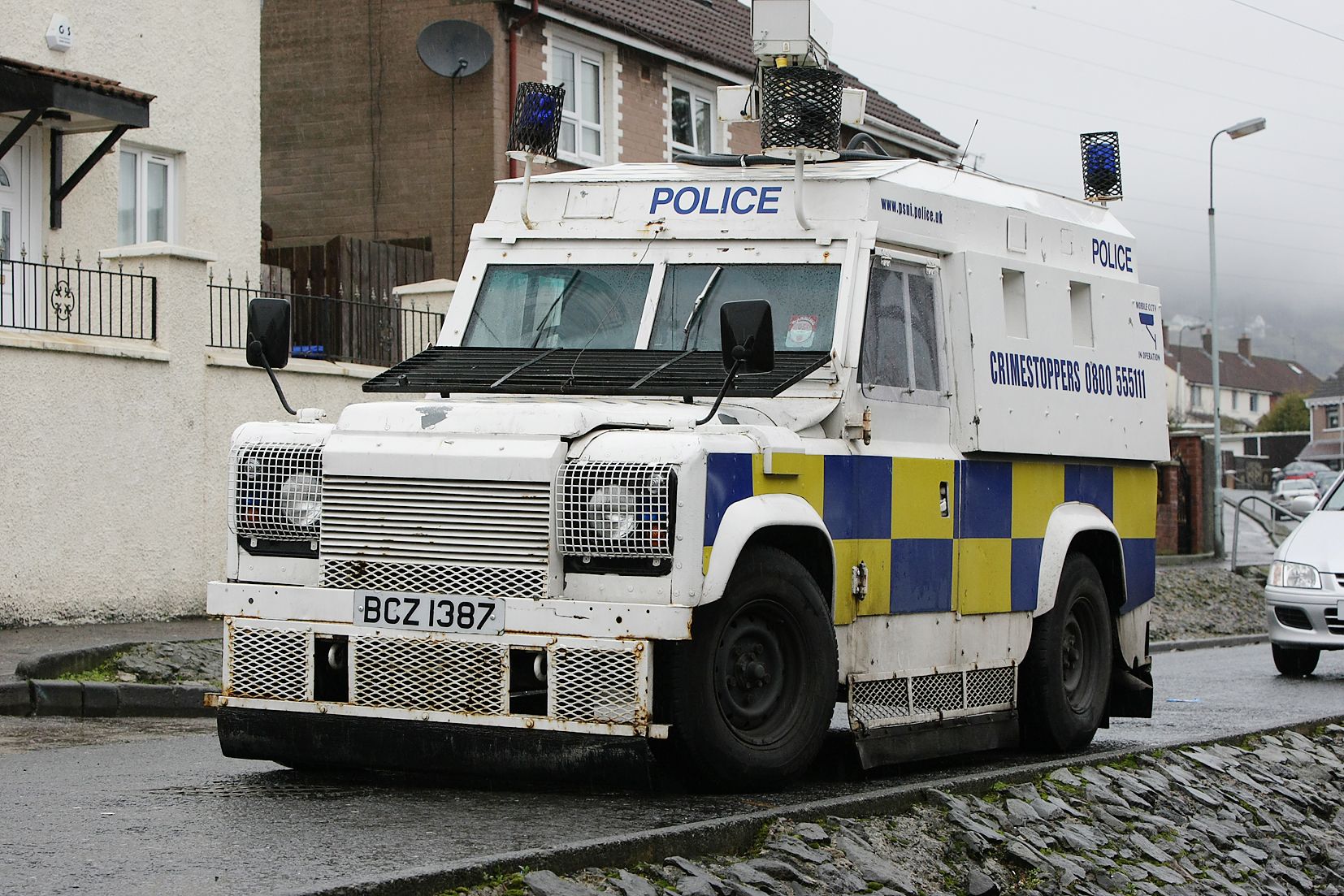 SAME OLD STORY: The PSNI continues to fail to meet all the human rights tests that legacy sets it

Our columnist Andrée Murphy wrote this article before the shocking scenes on the Ormeau Road when the PSNI arrested Ormeau bookmaker's massacre victim Mark Sykes.

POLICING was entirely changed following the Good Friday Agreement, but no-one said why that was an essential pre-requisite to peace.  Over half a billion pounds were spent as the RUC being disbanded due to its pro-British partiality and track record of human rights abuses. But rather than fess up, the Queen of England gave them a medal, a George Cross, no less.

The behaviour of the PSNI on the Ormeau today was a revolting reminder on its own of the darkest days of the RUC. Coming after the shameful enabling of serious crime in East Belfast it's nothing less than a catastrophe for policing here. Do your job to save your job @ChiefConPSNI

No matter that “holding centres” were sites of coercion, forced and false statements and torture. No matter that they were viewed by half of the population as an armed militia, upholding British rule as they treated that half as a suspect and criminal population. But despite all of this the PSNI was established without the RUC being held accountable. A political accommodation at St Andrews facilitated this with a view that if the future is better than the past, then that is a victory for the present.

Governed by human rights law, on the face of it the PSNI has a world standard set of accountability measures that should make it accountable and transparent at every level. On the face of it, politics should have no influence on how policing is done or how it is experienced. But realpolitik keeps challenging this.

The PSNI continuously fails to meet the human rights tests that legacy sets it. The incessant campaign by former RUC members to protect their reputation are such that legacy must be removed from the PSNI before the RUC inflicts even more damage. In 2018 a legacy coup was staged by the Police Federation on the Stormont House Agreement. In order to protect the reputation of the RUC the Police Federation challenged the position of the then Chief Constable that the Stormont House Agreement be implemented. This went unchallenged.

The PSNI response to Brexit consequences is concerning. There is no reason why those engaged in graffiti campaigns should be escalated to Defcon 5. An ACC making public statements that give credibility to minority extreme pro-Union views, is stupid and has consequences. We sit this week with graffiti setting the political agenda, and being portrayed as the centennial orange card.

Some constitutionally insecure politicians are now grasping at scrawls on the walls as though it is a constitutional life raft. With a statement from the DUP asking to “free us from the Protocol” it almost looks like the whole thing has been coordinated. And maybe it has.  The DUP fool no one as they play old but diversionary tactics of victimhood, trying to get Loyal Ulster’s blood up.

Quoting the chief Constable figures of those in attendance so high up in this story is highly questionable, particularly given the video evidence and eye-witness reports. https://t.co/XwSuaVjgj1

The PSNI must not be perceived as, or an actual part of, this charade. Any security “concerns” need to be proven and never inflated. Our population decided all political contest will be conducted peacefully, and it is the PSNI’s job to plan and ensure that that’s what happens.

As the constitutional future is debated and Brexit settles there will be more challenges to be faced. It is the job of the PSNI to police and the job of politicians to politic within the law. Anything else is incitement.