Linfield back in the groove 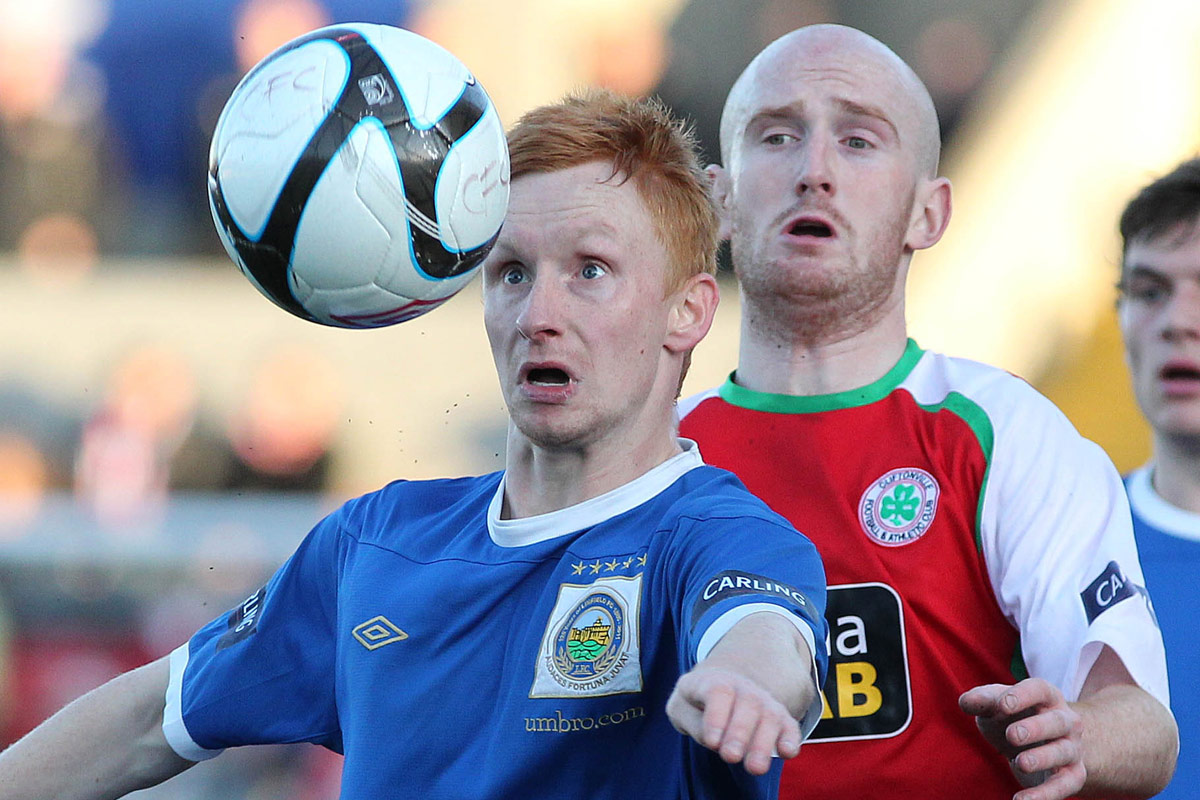 LINFIELD midfielder Robert Garrett believes his teammates have put a sticky patch behind them and are now beginning to hit top gear once again.

The Blues enjoyed an impressive win away from home at the weekend when Carrick Rangers were the victims as the league leaders romped to a 4-0 victory.

Mark McAllister netted a brace and Billy Joe Burns was also on target while a fine afternoon for David Jeffrey’s men was rounded off with Michael Carville’s wonder strike.

Garrett paid tribute to the striker and says his return to form has coincided with Linfield once again looking a formidable outfit.

“The team is playing very well at the minute,” he said.

“We are getting the ball down and knocking it about once again. That’s when we are at our best and we are scoring goals, which always helps.

“Confidence is high within the team at the minute. Michael Carvill has come in up front and gives us a lot of movement so he is doing very well for us.

“Michael is doing that in training all the time. He is a great talent but unfortunately he hasn’t hit top form this year although he is beginning to show it now.

“Long may it continue because that is great for us.”

Saturday’s victory comes hot on the heels of a 5-1 away win against Donegal Celtic and 1-0 home defeat of Coleraine.

The Blues return to Windsor Park this weekend when they welcome Ballymena United to South Belfast and Garrett admits he is expecting a tough game against Roy Walker’s side.

“We have Ballymena now on Saturday and Ballymena always give us a tough game,” he added.

“I don’t recall winning too many of those games so I know it’s going to be tough and we are going to have to stand up to it.”

Four victories in a row would certainly banish the memory of a sticky spell when Linfield conceded ten goals in league and cup defeats to Cliftonville while a 2-0 reverse to old foes Glentoran is never accepted by the Windsor faithful.

While their gap at the top down to two points over Portadown and four to third placed Cliftonville, the 23-year-old midfielder revealed his colleagues thrive on pressure and the recent run of results proves they are in no mood to relinquish their title.

“Since I have been at Linfield we usually open a gap at the top but then stutter a bit,” admitted the Northern Ireland international.

“When the pressure comes on us we usually cope much better. It’s nice to have that gap at the top but the main thing is that we are top of the league and it’s important for us to stay there.

“We are scoring goals again so hopefully we can keep that going. We have only conceded on in our last three so we have tightened up at the back as well so we want to maintain that.”