Lives remembered: Dorothy was a woman of great faith who was loved by all who knew her 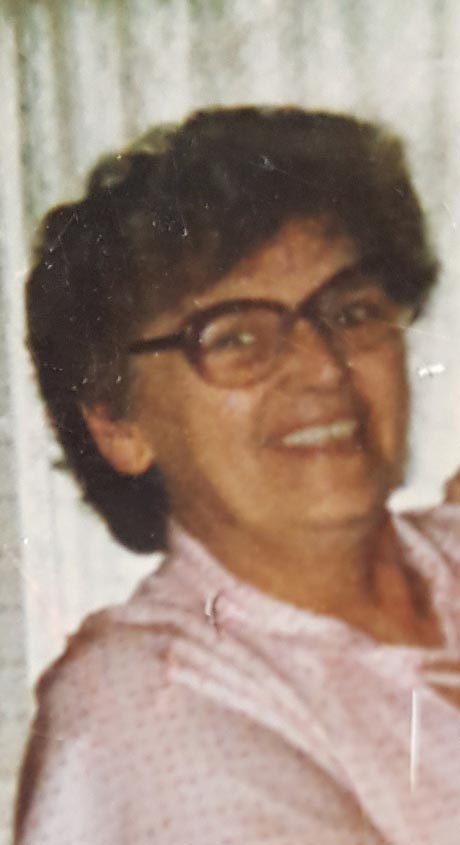 Dorothy Ferguson who passed away in Our Lady's nursing home

Marie Toman pays tribute to her mother, Dorothy Ferguson, who passed away on April 6.

Dorothy spent every moment with us growing up – no matter where she went she always had us with her.

We have hundreds of stories we would have loved to have shared at a wake or family gathering after her funeral so here are just a few.

Growing up, mum always expressed that being truthful, honest, respectful, caring and always treating everyone as you would expect to be treated yourself was what she expected from us and I believe we are living as she wished.

When we were young playing rounders in the street with the arm of a chair for a bat, the ball was thrown at Michael. He missed it, but unfortunately the arm of the chair flew out of his hand and went through the neighbour’s window. Within seconds the street cleared and I ran to tell mum. Michael and Hugh just stood still and the neighbour came out and said, ‘Who did that?’ I remember Michael saying loudly, ‘Me and I'm really sorry.’ By this time mum was at the door and said, ‘Please don't worry, I will get it sorted.’ So off we all went to the very top of Springhill Avenue in the pouring rain to a man named Mr Polly and within three hours mum had the two windows replaced. Now she had the challenge of replacing the same vase that had also been broken. After days of checking shop after shop we couldn't find it so mum gave the neighbour £5 – a lot of money in those days – to replace the vase. So the next day there was not only a vase downstairs but one upstairs too. So a lesson was learned: if you've done something, own up to it and respect your neighbours and they will respect you.

When we were young she loved taking us on bus trips to the seaside. We would pack our swimming things and sandwiches and by the time we were ready we had invited half the Whiterock. We had lived in Whiterock Parade since 1957 up until Hugh died in 1975, and that’s when we moved to the Glen Road area.

Mum loved bingo, bowling and dancing and always talked about travelling. During the Troubles mum would have taken me to people's houses to play bingo and we would sit on the floor.

Bowling became a great pastime and as we all grew up mum was really competitive and won many trophies.

She also had a great faith and combined it with travel. She travelled to Krakow to visit the grave of Saint Faustina Kowalski at the Divine Mercy Sanctuary. Mum also travelled to Jerusalem and Nazareth and toured around the Holy Land.

Mum and dad took our brother Jim to Lourdes to make his First Communion. She went on a day trip to Rome to see the Sistine Chapel at the Vatican but didn't realise until she got there that the Sistine Chapel closed every Wednesday so she never got to see it.

Mum and dad also travelled to America in 1976 to investigate a treatment for our younger brother Jim. When they were there they met members of dad’s family – the Crillys in Philadelphia – who he had never met before. We now have an extension to our family across the world.

Mum always worked on a budget and would go anywhere for a bargain and had a bus pass so off she went to Dublin. Sometimes she would take grandchildren with her. One time she took Nicola and Rachel but when they got there mum realised it was too far for the children to walk so she put them on a tour bus and told the driver not to let them off until she came back to get them at the bus stop. So off she went and two full bus tours later mum returned with a vacuum cleaner.

In later years mum in her 70s always wanted to join classes so she joined the Dunlewey Centre and St Thomas's to learn English, Maths and Computer Studies and she sat exams and received certificates.

Mum always wanted to write a book about her life which she started but sadly never finished.

She suffered great loss when dad died in April 2005 and then Michael, who was a West Belfast MLA, died in September 2006.

At 73 years old mum found it hard to come to terms with events so our sister started a rota system for us to look after her 24 hours a day. But mum became unwell and was diagnosed with end-stage dementia in 2011. We carried on looking after her every day until March 11, 2020, when lockdown became a necessity and we could only visit mum at the closed glass doors at Our Lady’s nursing home.

My sister and I were so fortunate to have been with her and be able to comfort her and all members of our family got to talk to mum in the hours before she passed away peacefully and in no pain.

This is just a small tribute to a wonderful mum who was loved and respected by all who knew her. We would love mum to be remembered because as a family we could not give her the send-off that she truly deserved.

Always loved and remembered by her loving family.