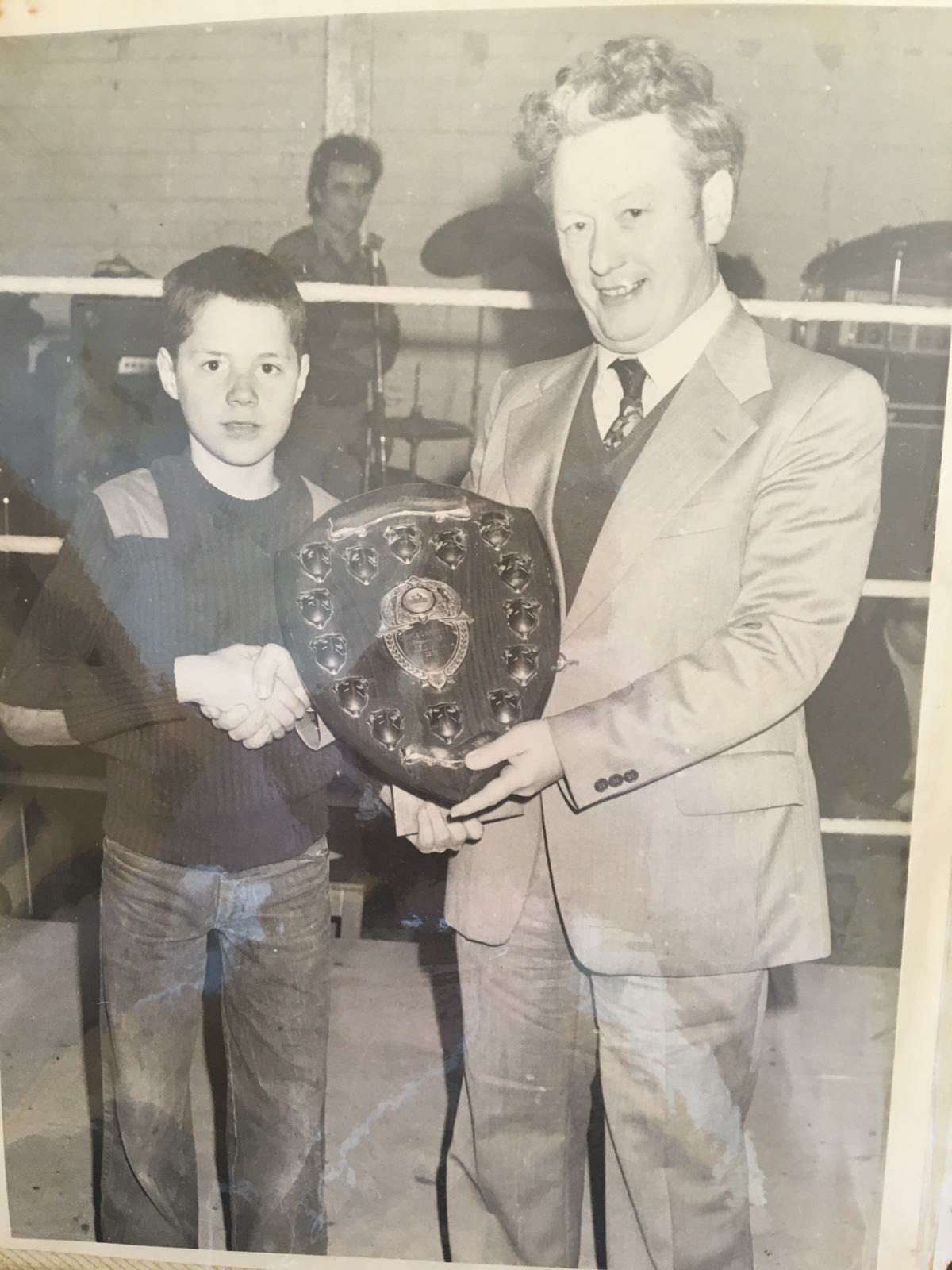 TRIBUTES have been paid to former Ballymurphy amateur boxing champion Peter Doyle (56), who died suddenly at his home in Belleek on Easter Tuesday.

Born and reared in Ballymurphy, Peter was the son of Tom and Phyllis and a sibling of twins Eddie and Jean and brothers Gerard and Stephen.

At the age of just 12, he joined Corpus Christi Boxing Club and also boxed for Holy Trinity ABC.

His former coach John Lynas described him as having “so much potential” and that he made Corpus Christi ABC “the place it was”.

With no wake or funeral due to Covid-19 restrictions, Karon McStravick posted a number of tributes to her brother-in-law on Ballymurphy and Belfast Boxers Facebook pages and was “overwhelmed” with the response.

She told us: “I had private messages from Peter’s former coaches and even opponents he had fought. He was a very well thought of person.

“Boxing was his passion. His mum Phyllis was so proud of his sporting achievements.

“I also received messages from some of his friends who grew up with him, saying they used to hang about at the old Kelly’s Bar in Ballymurphy before it was bombed. Peter and his friends had a sort of clan name, Kelly’s Corner Skins (KCS).”

Businessman and boxing community stalwart Dougie Adams, who also boxed for Corpus Christi, described Peter as one of the best local boxers.

“Peter was a top class boxer, I mean Olympic-standard, and a great lad," said Dougie.

"He was a fabulous combination  puncher, could hit hard and take it and always had a smile."

Around seven years ago, Peter re-located to Belleek where he loved his tranquil life along the border of counties Fermanagh and Donegal.

Our thoughts are also with Peter’s sister, Jean who is battling Covid-19 at the Mater Hospital.