Lynch: Something will have to give with GAA season delayed 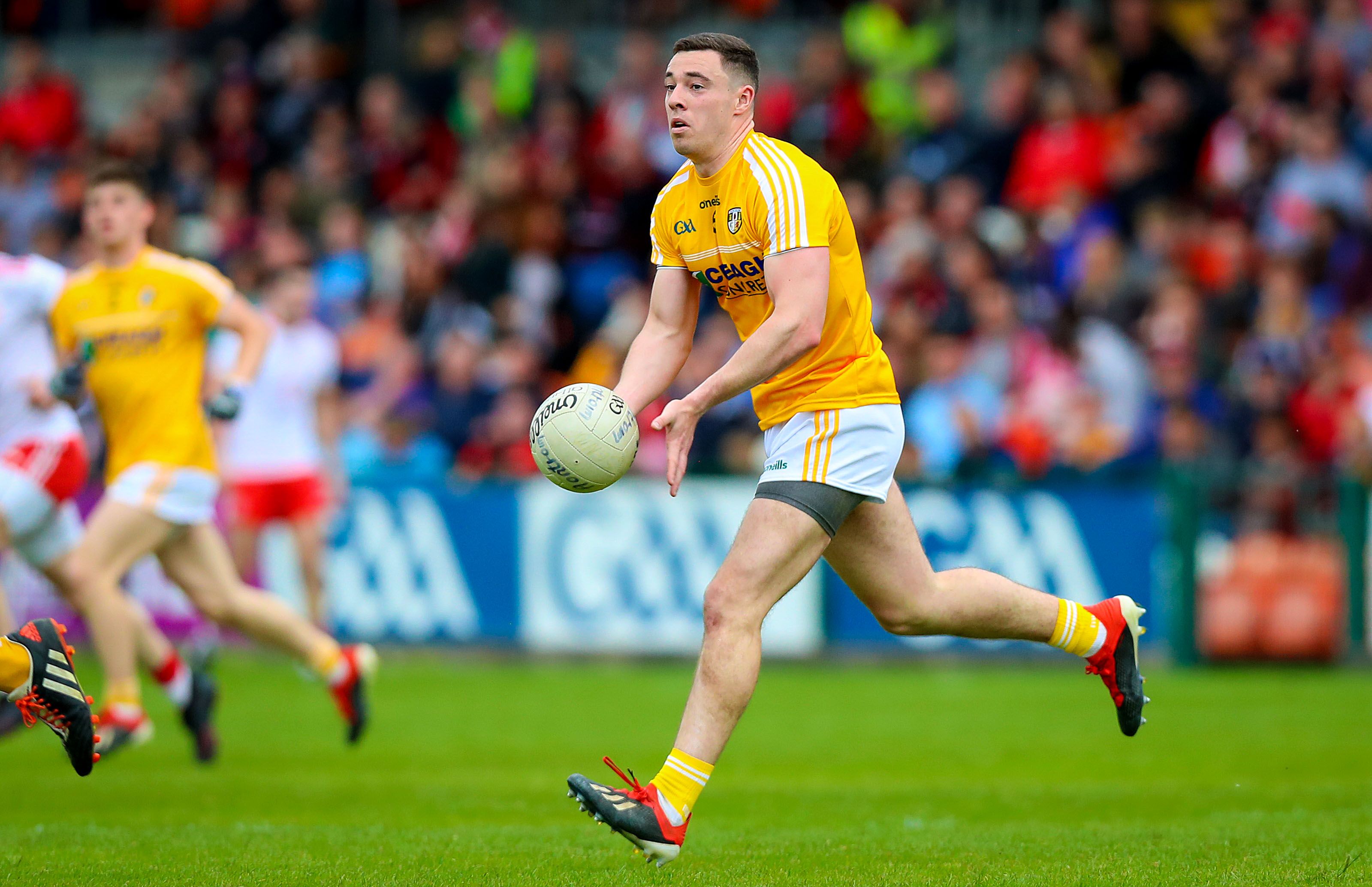 DECLAN Lynch believes something will have to give in the GAA calendar if county teams aren’t back training in the coming weeks.

Under current restrictions, no GAA activity will be permitted until at least April 5.
There was confusion when the Irish government its ‘Living with Covid’ plan last month as the elite status of inter-county teams appeared to have been removed.

It was later clarified that county teams are not covered under the current Level 5 exemptions.

The GAA appear keen to retain the planned inter-county schedule with a scaled-down and regionalised version of the Allianz Football Leagues possibly getting underway at the beginning of May.

Any delay to a return to action could see club games returning first in a similar manner to the 2020 campaign.

Antrim are scheduled to face Mickey Harte’s Louth along with Sligo and Leitrim in Division Four North and Lynch is hopeful that the League will retain the new format with county games returning before a full club campaign.

“It is a difficult one. I understand the merits on both sides, but it all depends when the GAA gives the go-ahead to get back on to the pitch,” said Lynch.

“If it runs past Easter and we aren’t back yet, then something will have to give.

“My hope is that things stay as they are with the Allianz Leagues going first then building into a Championship before a full club season with provincial and All-Ireland Championships.

“I think there would be a huge impact if, for the second season in a row, the GAA failed to carry on with the club provincial and All-Ireland series. That would be detrimental to the club scene. At this stage, we’d take anything.”

Lynch is also itching to return to full training with the Saffrons following the appointment of Tyrone’s three-time All-Ireland winner Enda McGinley as manager.

While frustrated at a lack of pitch-time with their new coaches, Lynch said that Antrim have to be ready to hit the ground running in order to launch another challenge for promotion from Division Four.

“Lenny Harbinson done a great job, but we narrowly failed to get promoted on three occasions,” said Lynch.

“At the end of the day, we set out our objective of getting out of Division Four.

“Seeing Enda McGinley, Stephen O’Neill, Sean Kelly and Stevie Quinn coming on board has given us a renewed focus again to get out of Division Four.

“Lockdown has curtailed that somewhat and we are doing a lot over Zoom. They have been in regular contact with us and we have our strength and conditioning programmes to work on and we are moving in the right direction.

“We will see where we are at when we are allowed back out on to the pitch. Those lads have been there and bought the t-shirt so they will ensure we are ready to go.”