Lyttle calls for response against Glens in front of Sky cameras 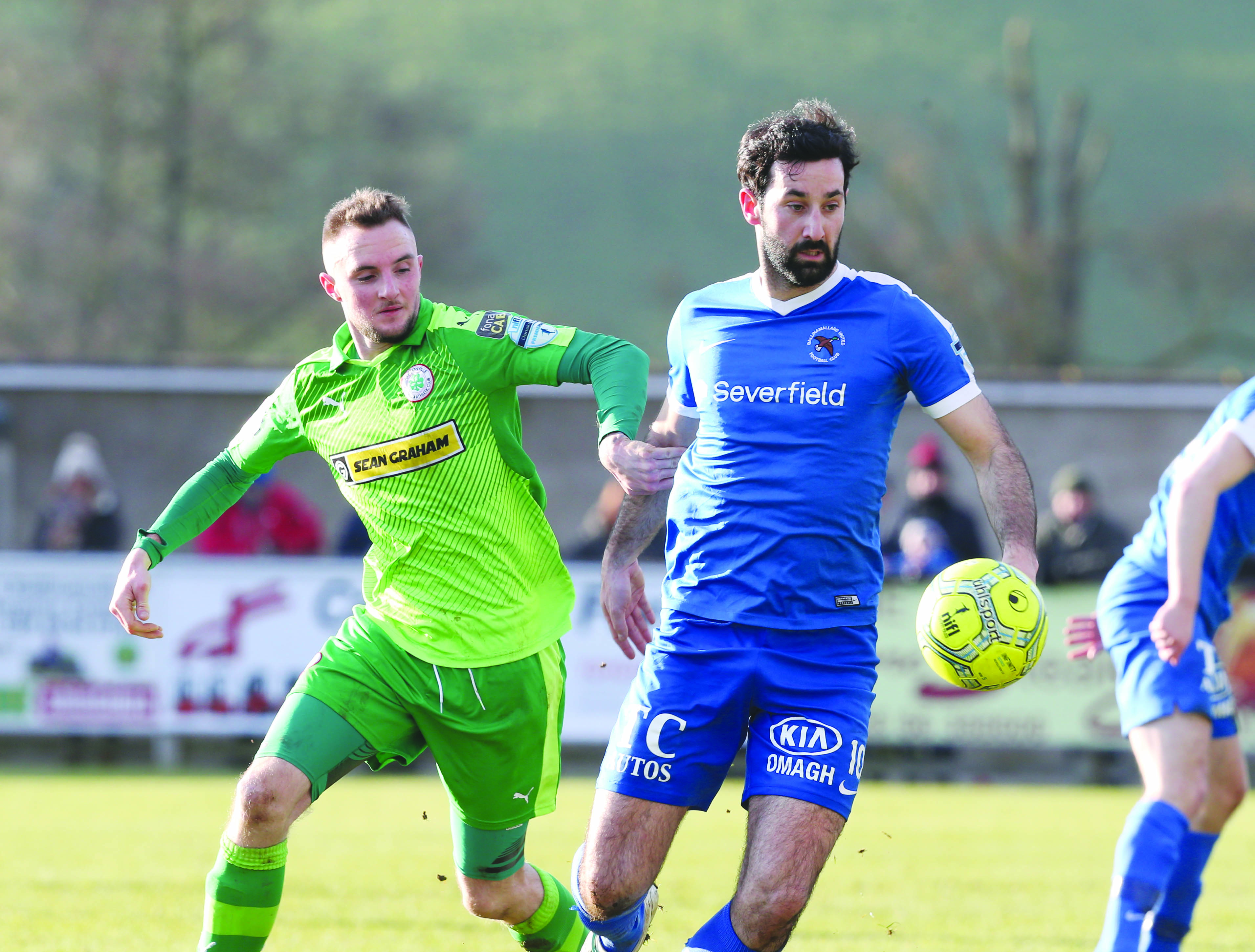 CLIFTONVILLE manager Gerard Lyttle is hoping that his side’s impressive home form against Glentoran will stand by them as the Reds look to bounce back from Saturday’s disappointing defeat at Ballinamallard.

The Glens make the trip across the city to Solitude on Friday evening (7.45pm kick-off) looking to register just their second away victory in this fixture in six years in front of the Sky Sports cameras.

Lyttle on the other hand is hoping his side can get their dreadful display against the Mallards out of their system, but acknowledges it will be difficult given the injuries and suspensions that have decimated his selection pool ahead of the game.

“We always seem to do well against Glentoran at Solitude and hopefully that continues on Friday night,” said Lyttle.

“But I’ll keep saying it, whether it is Glentoran or Ballinamallard it going to be a hard game, no doubt about it. Obviously, the circumstances in terms of suspensions and injuries we have isn’t going to help that, but with Sky TV coming hopefully we’ll be up for it.

As well as an opportunity to showcase themselves on the big stage, Lyttle is hoping that it will be an opportunity to try and go on another unbeaten run before the split, pointing out that before Saturday the only league defeats since October came against champions and runaway leaders, Crusaders and they were unbeaten against the rest of their competitors.

“It’s an opportunity to go in there and play under the big lights, you don’t want to be playing bad,” believes Lyttle.

“When you look at, speaking to Mal [Donaghy] and Ricky [McCann] in the last eleven games, we’ve lost to the league champions Crusaders. Take away Saturday, our form hasn’t been too bad considering the circumstances, but we need to get that back now.

Lyttle will be hoping for an end to his side’s bad luck, which shows no sign of letting up any time soon.

Saturday’s defeat to Ballinamallard saw another injury to Jude Winchester which rules the midfielder out of Friday night’s game, suspension to Chris Ramsey who only recently returned after a long lay-off through injury and another penalty miss at a crucial period. All of which has left Lyttle and his players feeling the blues.

“I personally believe if we have our strongest sixteen available every week, we can be a match for anyone,” Lyttle reflected.

“We’re building a good team and a team that in my opinion can hopefully be a force within this league, but if you don’t have them players available then it’s going to be a difficult task. It’s been a really frustrating season for us. I feel the pain of the supporters.

“Some of them obviously get restless and I understand there is a sense of frustration there, but all I can say is get behind us, support us and be patient.

“We’re sitting in third and are hoping to get a European spot. To lose so many players as we have of late has been very hard. Hopefully we can get them all back soon and have a steady team.

“We haven’t had a steady team, that is the bottom line. When we were winning and were on that roll, we had momentum because we didn’t change the team for seven or eight games.

“Hopefully we can get that back and put a run together and build a bit of momentum going into the latter stages of the season.”

Lyttle has called on his side to put a stop to the decline which has been prevalent in the last three years at this stage of the season.

“The big thing now is what I am looking from our players, let’s not feel sorry for ourselves, let’s not make excuses, knuckle down and fight right to the end. Keep fighting because anything can happen in this league. Teams are capable of beating each other and get a run going and finish the season on a high rather than a negative,” Lyttle said.

“The last two or three seasons, come around this time the form has dipped. We can’t allow that to happen, Chris Curran spoke well after the game on Saturday and pinned that on the changing room that we can’t allow this to happen again.

“We need to be fighting, we have to have that winning mentality.

“I know it ruins my weekend and destroys me when we get beat. You lose sleep and question yourself, the players and everyone around you and it’s a horrible, horrible feeling.

“I don’t want to have those feelings and I’m sure the players don’t so I think now it’s time to knuckle down.

“There are a lot of players out of contract, I want to be going to the chairman and saying ‘I want him here, I want him part of this journey’.

“I don’t want to be going to the chairman saying ‘I want him’ and being questioned ‘sure he hasn’t done it’. We have good players here, but it’s now up to them to step outside the comfort zone and dig deep and roll the sleeves up.”