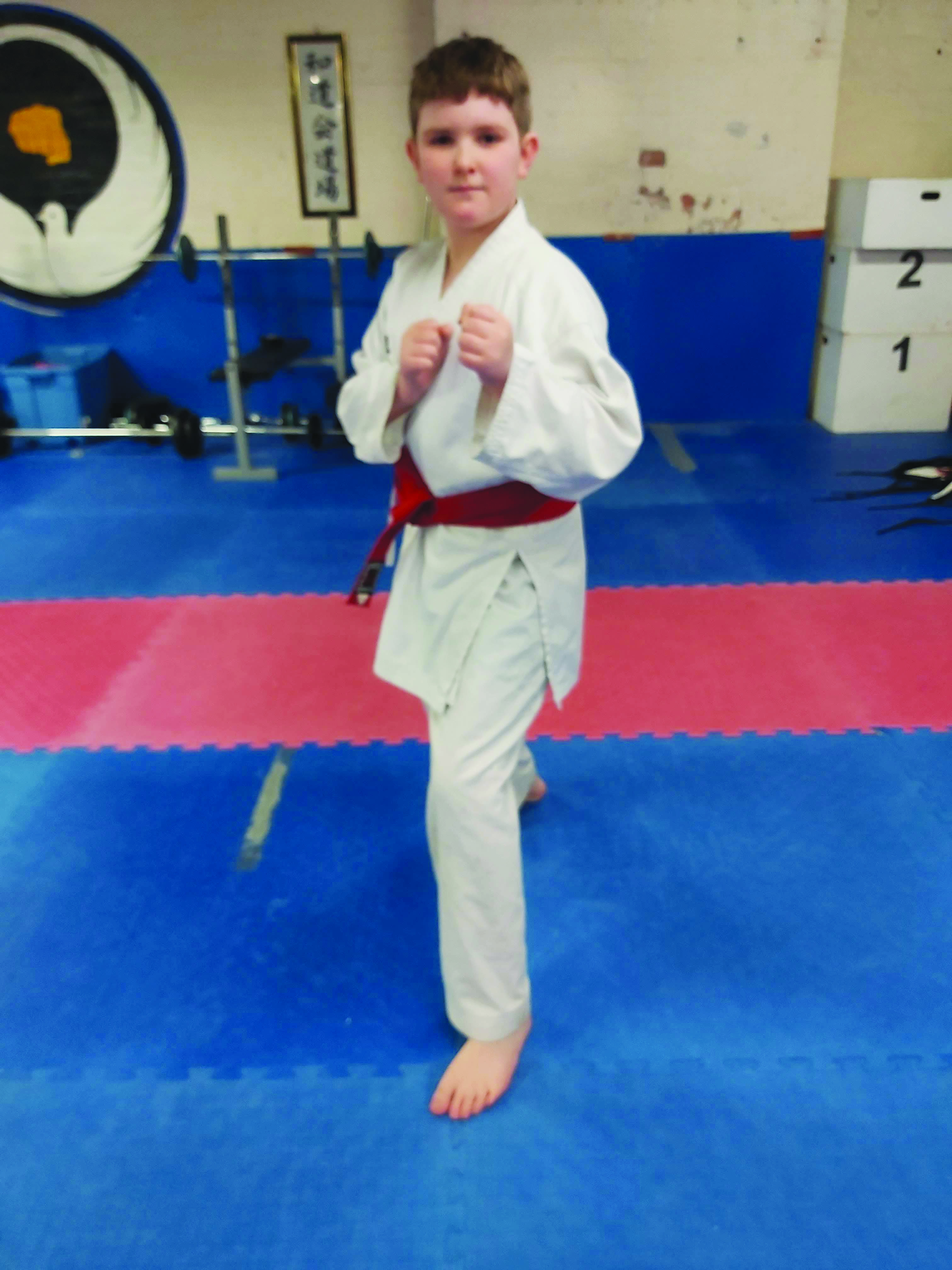 ANDERSONSTOWN’S Jack Carson won a bronze medal in the male cadet technical event at the North vs South Karate Open Championships which were held in Belfast recently.

There was a spectacular return to karate competition in Ireland after a forced hiatus of almost two years because of the pandemic and athletes took part in the championships with increased fervour.

Despite being absent from the competition arena for an extended period, there was a high level of prowess and fighting spirit exhibited right up from the young children through to the adults as they vied for the prestigious championship titles.

It was evident the lockdowns and restrictions on training had not dampened athletes’ enthusiasm for training and progression in competition.

This was the 30th North vs South Open to be staged in Belfast and since their inception, the championships have grown in stature attracting the best karate athletes who wish to hone their skills. It is now regarded as the foremost event in the karate calendar here and has been used as a staging ground for Irish athletes to set in motion their international careers.

Irish karate ace, Andersonstown’s Oliver Brunton launched the competition all those years ago in response to a dearth of quality domestic competitions.

As a world qualified karate referee and technical judge he was cognisant of the importance of providing karate events held within the framework of the World Karate Federation (WKF) for the development of athletes here.

Oliver still acts as tournament director for the championships and his level of expertise has attracted top teams from across Ireland, Britain and beyond.

“I was heartened to see such a high level of interest in the 2022 championships and that they had been largely unaffected by the pandemic,” he said.

“The appetite for high-level competition has not been extinguished and I look forward to welcoming everyone to the Brunton Cup which will be held in the summer.”

Describing the performance of the young athletes during the competition as ‘extremely competent’ Oliver believes their future is bright: “It was so good to see them put their skills into practice so capably.”