After meeting with Ministers, Maskey says Casement will go ahead 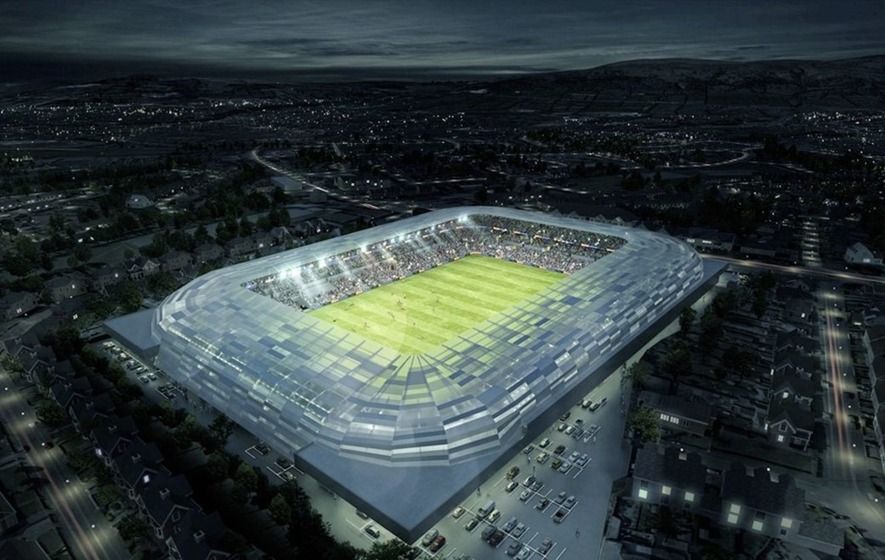 STATE-OF-THE-ART: How the new Casement Park will look

SINN Féin MP Paul Maskey has said that the Casement Park redevelopment will go ahead following a meeting with Ulster GAA.

It comes after the Department for Infrastructure (DfI) said officials "have substantively concluded their assessment of the application".

Revised plans with a reduced capacity of around 34,000 subsequently were submitted by Ulster GAA in February 2017.

“Today, Ministers Michelle O’Neill, Declan Kearney and Conor Murphy along with Sinn Féin Sport, Culture and Arts spokesperson Sinead Ennis and myself as MP for West Belfast met with the Ulster GAA on the Casement Park redevelopment," Mr Maskey said.

We took the opportunity today to reemphasise our party’s continued support for the Casement Park redevelopment. And I am delighted that Michelle O'Neill, Conor Murphy and Declan Kearney gave a firm commitment that the Executive will deliver on this vital project.

“The development of Casement Park is a priority for Sinn Féin and we have brought it directly to the Executive.

“A regenerated Casement Park will be a first-class asset to the further development of Ulster and Antrim GAA.

“It will also bring enormous social and economic benefits to the local community of West Belfast. Gaels and the people of West Belfast deserve so much better than the current derelict site."

A DfI spokesperson said: “Officials have substantively concluded their assessment of the application and they are presently considering a recently received objection to this complex application.”

The latest objection to the Casement proposals relate to the provision of Park and Ride facilities for the stadium.

In a letter, issued to the Department on behalf of MORA, Civil engineering firm Hoy Dorman raised a number of points which it claimed had "not been addressed as part of DfI Roads consultation response."

"We note DfI Roads have referred this point to Planners to answer in relation to how the Park & Ride (P&R) sites can be conditioned or Casement Park planning permission granted if the P&R sites have not been tested through the Environmental Impact Assess (EIA) process and not have planning permission," the letter read.

The letter, which was received by the Department on September 1, notes proposals for Park and Ride facilities on land belonging to Belfast City Council as well as the Maze Long Kesh site.

"Belfast City Council have themselves stated that the use of their land will ‘need to go to Committee for final approval’ with the following points stated (letter dated 26 Feb 2018 from Belfast City Council in relation to Casement Park P&R facility)," the firm said.

Given the points below how can this facility be considered a viable option as its use as a P&R facility is not secured? In addition to the above we further note the Maze Long Kesh (MLK) current planning permission precludes its on-site parking for any other use other than that associated with the facility’s current land use.

"Therefore, can DfI Roads and Planning please confirm how this site is permitted to be proposed as a P&R facility?"