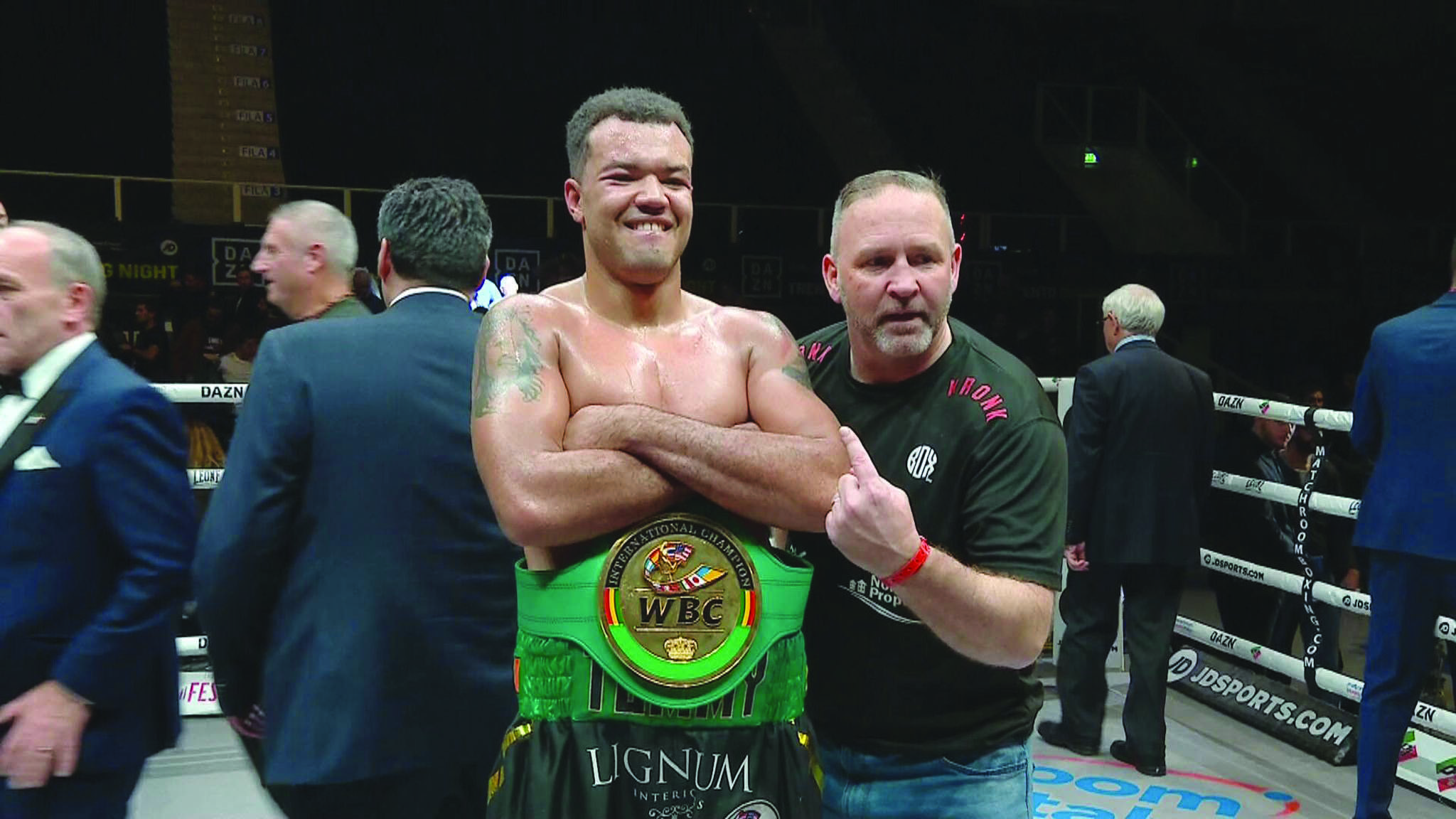 THE EBU European cruiserweight title and the chance to smash his way into the world title picture is the prize on offer for Tommy McCarthy on Saturday night when he takes on former champion Bilal Laggoune.

‘Mac Attack’ scored a career-best win last time out when ripping the WBC International belt from Fabio Turchi in Italy just over a year ago and while he would have dearly loved to maintain momentum, the bigger picture of 2020 put paid to that progress.

Instead, he has had to bide his time waiting for the call to contest the vacant ‘blue belt’ with Belgium’s Laggoune the man given the nod by the European Boxing Union to provide the opposition.

It may have been a longer layoff than he hoped, but there has been no resting on his laurels from the Turchi win as McCarthy stayed in shape and ensured the tools remained sharp with his big chance a matter of when and not if.

“It’s over a year now but it doesn’t feel that long ago,” he said of his win in Italy that saw his record improve to 16-2.

“We were looking to push on after winning that as that title made me mandatory for this one. It’s just the way the pandemic went, that everything slowed down. I’m just buzzing to have got a date before the end of the year.

“I had been hoping to fight from February, then April, then was hoping to get on Eddie Hearn’s garden shows (Matchroom Fight Camp) so I have been ticking over but training hard.

“Once I got this deal done, we were able to step-up what we needed to do and get the sparring done.”

Working with Pete Taylor, McCarthy feels he has found the right blend in the fighter-coach relationship as the pair go all the way back to the amateur days when they worked together with the Ireland teams that competed in World and European Championships.

The pair combined for that WBC International victory with Taylor seemingly the man to get the best from his fighter and devise a game-plan that suits his attributes.

“It’s just been frustrating not being able to box all year so I’m just glad to finally get the chance to finish the year on a high.”

Victory on Saturday would be a monumental step forward in the career of the affable Lenadoon man who turns 30 just four days later, so no better way to celebrate than by joining an illustrious group of Irish fighters who have secured the European title.

In recent years, Belfast boxers such as Carl Frampton, Brian Magee and James Tennyson have gone onto fight for world honours soon after conquering Europe and McCarthy is aware this is where he could be headed should things go his way.

“Your boxing legacy is cemented if you win this title, especially in Belfast boxing,” he agreed.

“To have my name beside a lot of legends from Belfast who have won this would be amazing.

To join that group, he will need to get the better of the 27-year-old Belgian who held the title back in 2014 - his sole fight outside of his homeland to date - but then drew a year later for the same belt when it became vacant.

Laggoune holds a 25-1-2 record with his sole defeat a split decision reverse against Doudou Ngumbu in 2017, but since went onto claim an IBF Inter-Continental title, so has proven his worth at fringe world level in the past.

The Belfast man knows he must produce his best is he is to prevail but is fully confident he has the tools to get the job done.

“He’s a solid all-rounder who does everything well,” said McCarthy of his opponent.

“He has fought for this belt before and won other titles, so I’m under no illusions. This is not an easy fight, but I know that if I show up on the day and do everything right, I will beat this fella.

“I just plan to go in and take charge of the fight early on with educated pressure. I’ll use my boxing and let the heavy ones go to get him out of there.”

This fight forms part of a bumper Sky Sports Box Office card that is topped by the heavyweight clash of former undisputed cruiserweight king Oleksandr Usyk and Dereck Chisora.
An impressive win will open the eyes of many who may not have followed McCarthy’s career to date and give him the exposure needed to push onto a world title shot and he says these are the nights he has craved since first lacing up the gloves.

“This is the biggest show of the year so far,” he insists.

“It’s brilliant to be on such a big card and to fight for a major title. This is what I want and why I started boxing as a kid, so I’m living the dream.”