McGeough is up for the challenge against Kilcoo 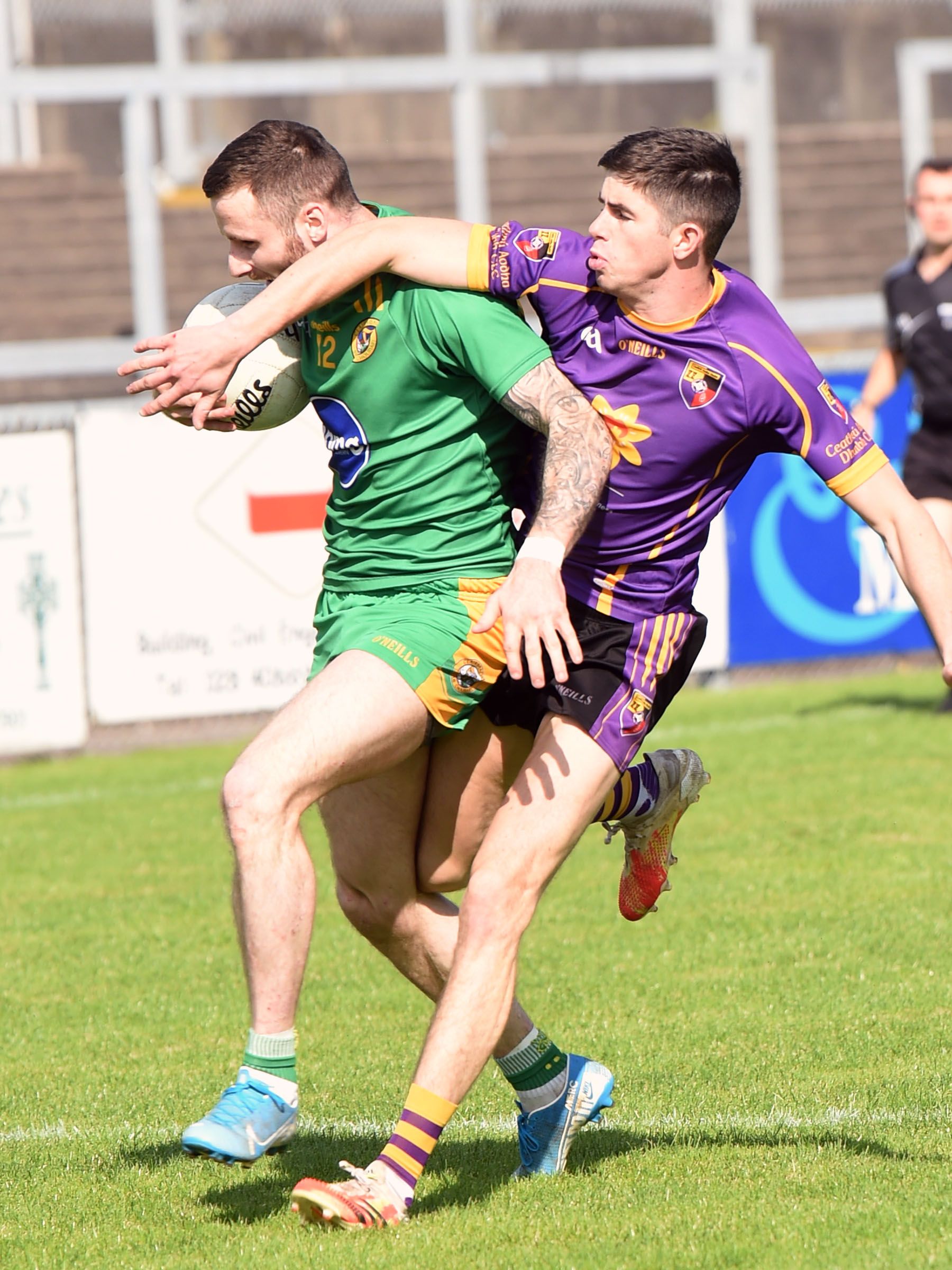 John McGeough is hopeful Carryduff’s experience of winning Down U21 titles in recent years will help them in their quest to claim the senior title on Sunday against All-Ireland finalists, Kilcoo

“I said after we won the third U21 title that the next step had to be to compete in the Down Senior Championship. I didn’t think we’d maybe get to the final as quickly, but now we are in the final, let’s hope we can push on and actually win it.”

THE prospect of taking on defending Down and Ulster champions Kilcoo in Sunday’s county final is a daunting one, but Carryduff defender John McGeough insists his side are ready for the challenge.

The South Belfast men are competing in their first Down SFC final having edged past Ballyholland in extra-time in Sunday’s thrilling semi-final at Páirc Esler.

A few hours later, Kilcoo sounded out a warning that they won’t give up their titles without a fight as they swept aside Warrenpoint 1-18 to 2-6 in the second semi-final

Mickey Moran’s made their long-awaited breakthrough on the provincial stage last winter as they finally got their hands on the Seamus McFerran Cup following a three-point win over Glenties.

They defeated Dublin’s outfit Ballyboden St Enda’s in the All-Ireland semi-final, but lost out to Corofin, who claimed their third successive title, in the decider after extra-time.

McGeough knows they’ll be huge underdogs to lift the Frank O’Hare Cup for the first time, but after winning a hat-trick of Down U21 titles over the last three seasons, Carryduff won’t be found wanting on the big occasion.

“They (Kilcco) are a great side and they’ve a great set-up – it is going to be a very tough game,” said McGeough.

“We are happy to make it to the final and get a chance to compete with the best in the county.

“I said after we won the third U21 title that the next step had to be to compete in the Down Senior Championship. I didn’t think we’d maybe get to the final as quickly, but now we are in the final, let’s hope we can push on and actually win it.

“We won’t fear them at all. We’ve played them at various levels throughout underage. They are a top-class side and they got to the All-Ireland club final last year. We have to give them a good rattle, but maybe they’ll not know much about us.

“Three or four years ago, we were playing in the Intermediate championship. Us getting to the final might be a shock to some, but it is up to ourselves to try and push on now.”

At half-time during their semi-final win over Ballyholland, Carryduff were eight points clear and coasting towards the final.

Yet, a stunning fightback from the Harps forced extra-time before Carryduff won by the minimum. McGeough, who hit four points in Sunday’s game, knows Carryduff can ill-afford to make similar mistakes against Kilcoo this weekend.

“We probably did take the foot off the throttle a bit, but credit to Ballyholland, they really came at us and they did really well to get back into the game,” said McGeough.

“There was a fairly strong wind and they managed to pin us in well for that period.

“We’ll have to tighten up and I’m sure the management will have us working on things during the week because we can’t make mistakes like that against Kilcoo.”

McGeough has been part of Carryduff’s rise as they dominated the U21 grade in recent years, but a Senior title is a different level and can help push the club onto new heights.
He said victory on Sunday would mean everything to Carryduff and is hopeful this is the beginning of something special.

“It would be massive for our club to win,” he agreed.

“It is very exciting to be in the county final, but to go that step further and actually win the Championship would be unreal for the club. We couldn’t have even dreamt of it last year.

“It would mean everything to the squad and it would bring the whole community close together.

“Maybe we could get some more players back into the fold – guys who maybe walked away after minor.

“Sometimes that first win. . . you just need to get over the line that first time.

“You’ll then have the experience of doing it again. You want to be up there and competing at the business end of things for a good few years to come.”