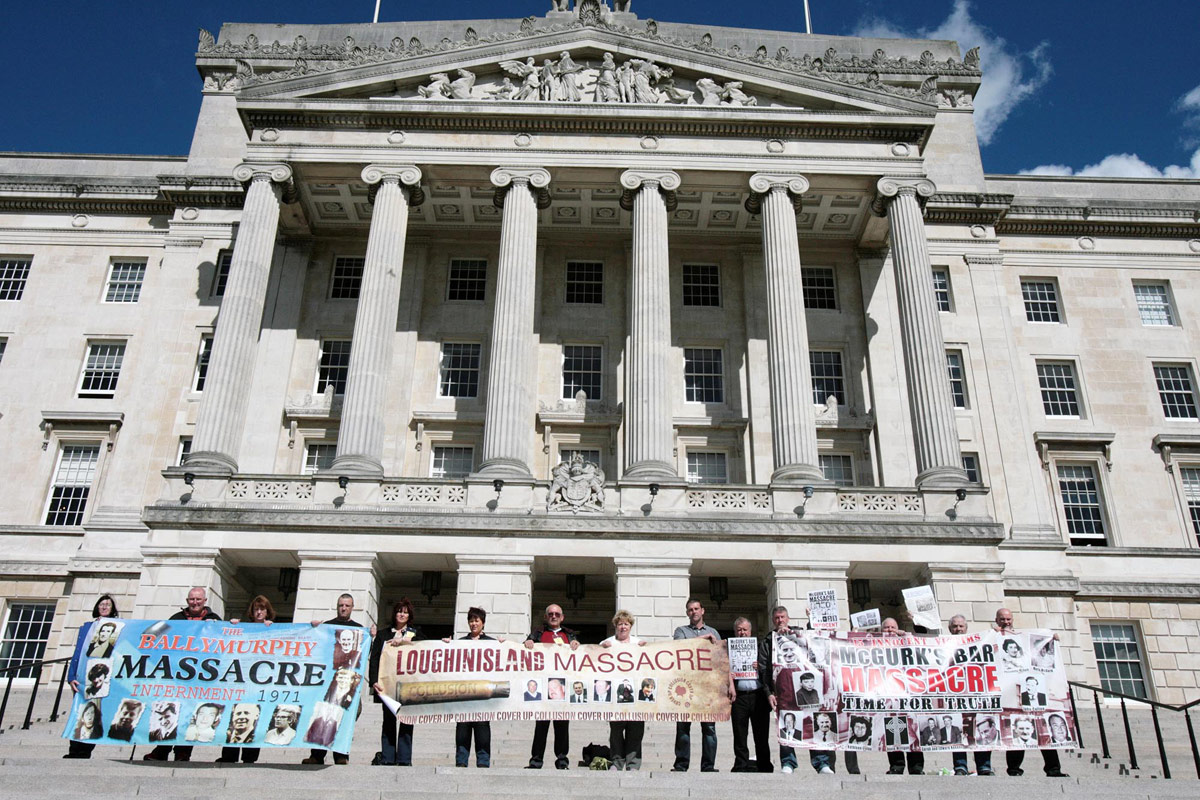 The families of those lost in the McGurk’s Bar Massacre have demanded to see the original withdrawn Police Ombudsman’s report into the 1971 atrocity after a report into the watchdog’s office questioned its independence.

Al Hutchinson’s first report into the UVF bombing of the North Belfast bar was pulled after the families highlighted serious inaccuracies, including errors in chronology and mistakes about those who had died.

His revised report, published in February, found that the RUC investigation was biased, something the families have long suspected. Last Thursday, a group of campaigners for justice for the families were at Stormont as Mr Hutchinson went before the Justice Committee.

Last week it was announced that Mr Hutchinson is to quit his job in June 2012 after a damning report by the Criminal Justice Inspectorate questioned the watchdog's independence.

The CJI report found that reports by the Ombudsman had been “heavily influenced” by families and their legal teams, the PSNI and others.

Ciarán MacAirt, whose grandmother Kathleen Irvine was one of fifteen people killed in the bombing, said the families have serious concerns about the independence of the office after he said Mr Hutchinson “tried to railroad our families into accepting a report in July of last year”.

“The Criminal Justice Inspection report was a damning indictment of Al Hutchinson’s tenure as Police Ombudsman. It confirmed grave concerns that we had regarding the independence of the office when Mr Hutchinson tried to railroad our families in July of last year,” he said.

Ciarán said the CJI investigation asserts that the report was sanitised to redact any criticism of the RUC.

No reason was given for the changes.

“We also learn that a senior manager of the Police Ombudsman’s Office believed that there was an understanding not to criticise Special Branch in further reports.

‘Even after two generations of fighting RUC intransigence and lies, we are still left with disquiet. We are particularly concerned about the negative influence that certain members of our ‘reformed’ Police Service of Northern Ireland may have had on this debacle.

“As this was another attempt to bury the truth, we will be demanding to see the original report that was changed so that we can have the chance to judge for ourselves.”

The McGurk’s families were joined at Stormont by families who lost loved ones in the Ballymurphy and Loughinisland Massacres.