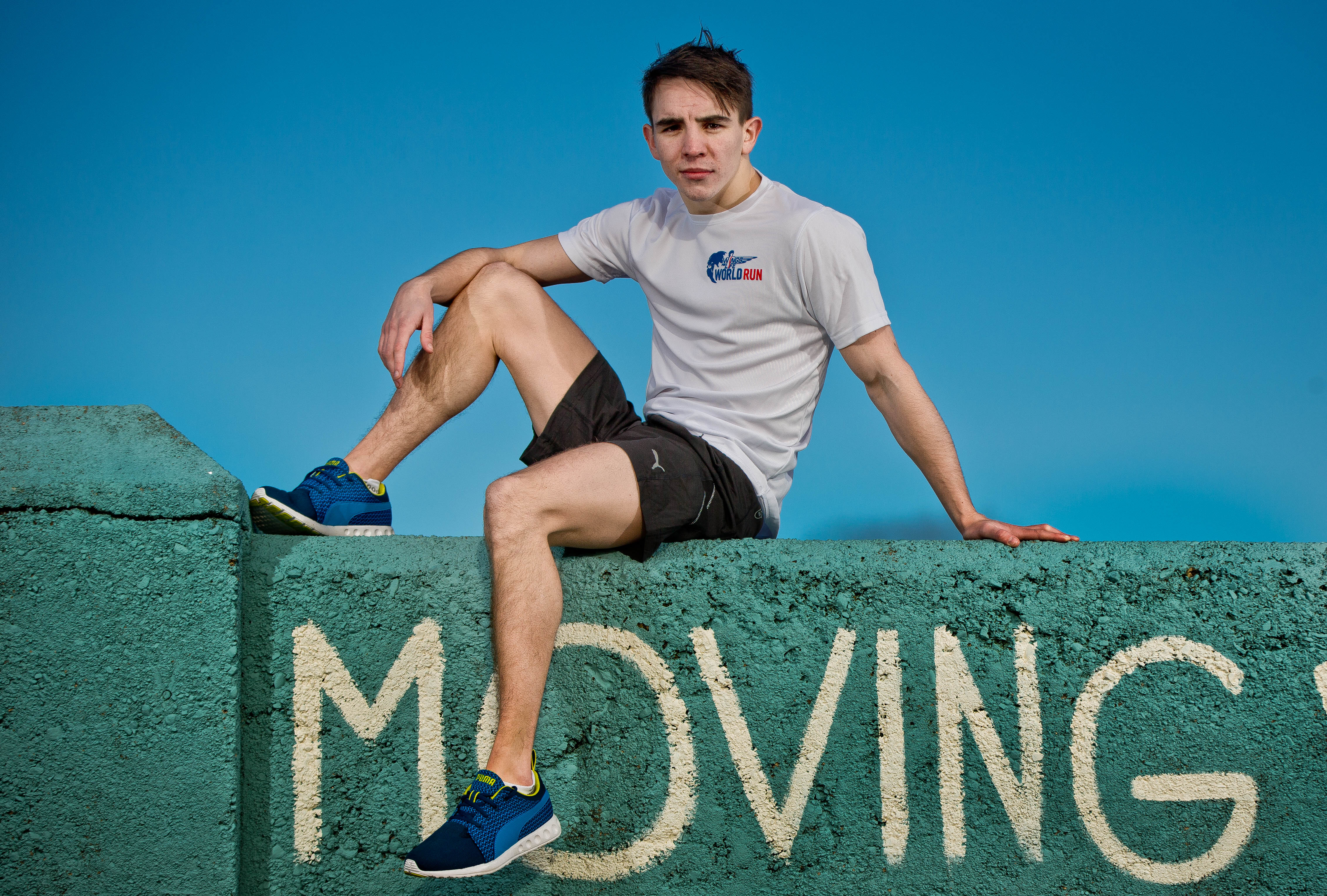 Ireland’s first ever AIBA World Champion, grew up in West Belfast but now lives outside Glengormley with his partner and young daughter. This week he talks snakes, paper rounds, and hitting people for a living!

Where were you born and where did you grow up?
I was born and grew in on the Falls Road, West Belfast. I live outside Glengormley now, though.

What is your earliest memory?
I remember getting caught trying to check the answers in the back of my book during a spelling test in Primary Three.

What did you want to be when you were a child?
I wanted to be a lawyer after watching Liar Liar. Brilliant film.

What are the worst and best jobs you ever had?
The worst job I had was a paper boy. I hated it but it was a good earner. My best job is my current one, getting to beat people up for a living!

Who is your most inspiring person?
My father or brother have been the people I have always looked up to so I would have to say either one of those, or both, to be honest.

What is your favourite book, film and band?
Book has to be The Secret. Film would be
Goodfellas. Band would be Kings of Leon.

Who would play you in a film of your life?
Mark Wahlberg.

Do you have a favourite joke or quote?
Failing to prepare is preparing to fail.

What is your most treasured possession?
My daughter Luisne

What is your greatest fear?
Snakes. Aaargh!

What are you very good at?
I'm very good at hitting people without getting hit back again. I’m also hoping that I’m not too bad at running either as I’m participating in the Red Bull Wings For Life World Run in Dun Laoghaire next weekend in aid of spinal chord research. Spinal cord injury is a serious risk for all sportspeople and as such I am delighted to support the race.

What place would you like to visit before you die?
Venice.

What is the last text message you received?
Your delivery is due today between 4pm and 9pm.

If you were a politician what would be the first thing you would do?
Put more funding into sport in general

If you won the Lottery what would you spend your winnings on?
Depends how much I won. My family, friends, a big house and a nice car.

Who would be your five guests (dead or alive) for the perfect dinner party?
Mike Tyson, Paddy Barnes, Conor McGregor, Muhammad Ali and Prince.

How do you want to be remembered?
Ireland's greatest ever sportsperson.

What do you like most about North Belfast?
That's it's not as nice as West Belfast.

What would you change if anything?
Not a thing – life is good!

The Red Bull Wings for Life Run takes place on Sunday, May 8 in Dun Laoghaire, Dublin. Anyone interested can still register up until May 4 at www.wingsforlifeworldrun.com