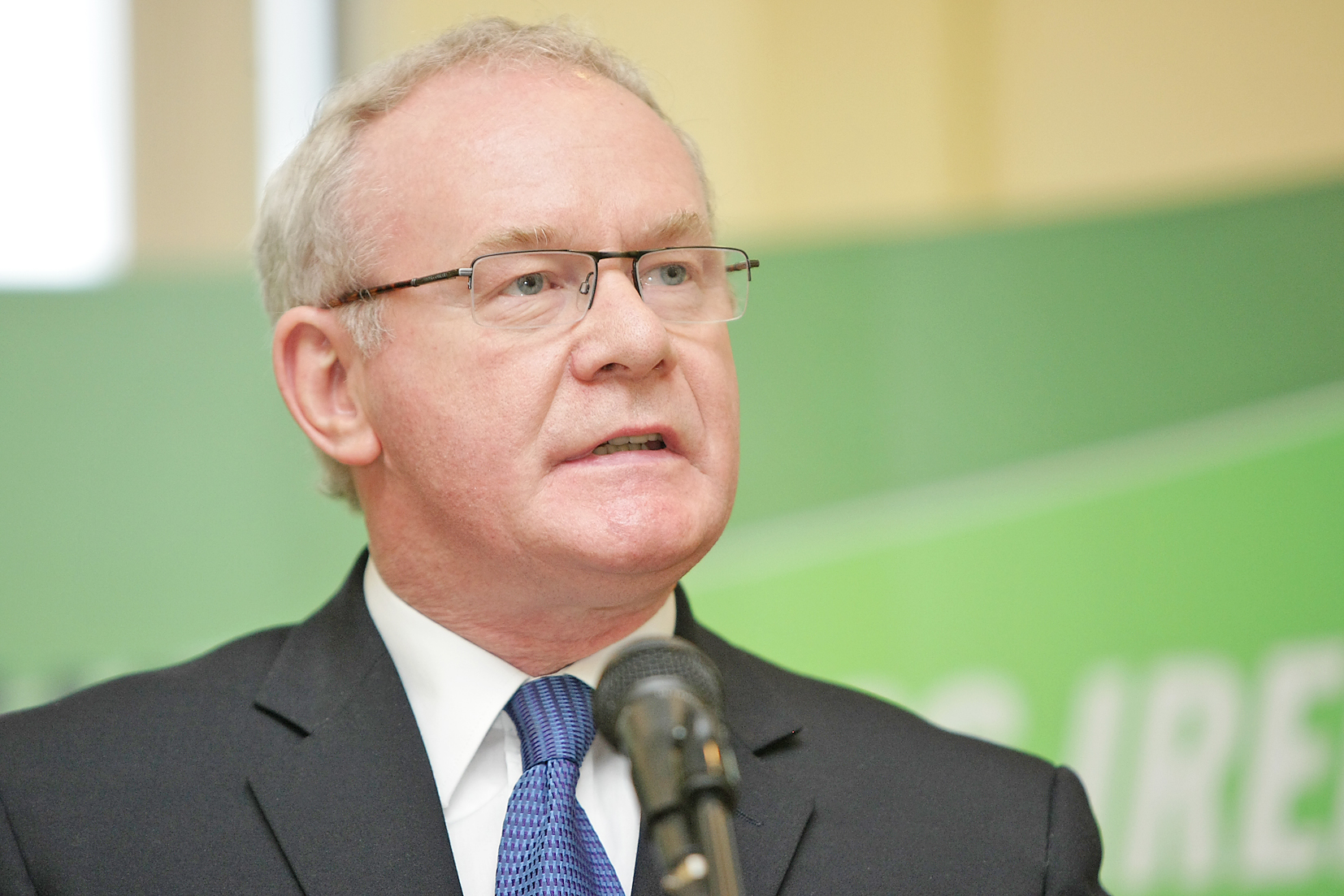 Hopes of a breakthrough in the welfare reform impasse have been raised after the deputy First Minister said a way forward has been agreed by the two main parties and he’s hopeful a new deal can be signed off by the middle of the week.

Martin McGuinness said discussions with the DUP have been taking place on a regular basis since the collapse of the Stormont House welfare reform agreement and that he’ll be meeting First Minister Peter Robinson today to thrash out the details of a new deal.

In what’s the first chink of light since Sinn Féin’s shock decision last Monday to withdraw support for the welfare reform programme hammered out in December, Mr McGuinness said the new deal on which the parties were working involved no new money from London but would be financed within the budget agreed at Stormont House.

The First Minister’s mood signalled a definite shift in mood after a week of bitter recriminations during which the collapse of the Stormont Assembly seemed not only possible, but likely.

“I’ve been involved in discussions since last Monday with Peter Robinson on a consistent basis,” Mr McGuinness told RTÉ radio. “We have identified a way forward which I think will resolve this difficulty. As we speak officials are working on all of this.”

In a further signal that progress is being made, Mr McGuinness said neither he nor Mr Robinson would be travelling to Washington for the St Patrick’s Day White House celebrations tomorrow, but would remain in Belfast to work on the new welfare agreement. Mr Robinson last week unilaterally pulled out of the trip in what was seen as a fit of pique over Sinn Féin collapsing the welfare reform agreement. The withdrawal of Mr McGuinness from the trip means that the DUP leader will not now be seen to have snubbed President Barack Obama.

Washington approval of the decision to cancel the trip was illustrated in a tweet by the First Minister on Sunday: ‘White House agree priority is to maintain momentum in finding a resolution to welfare issue. Best to be in Northern Ireland dealing with it.’