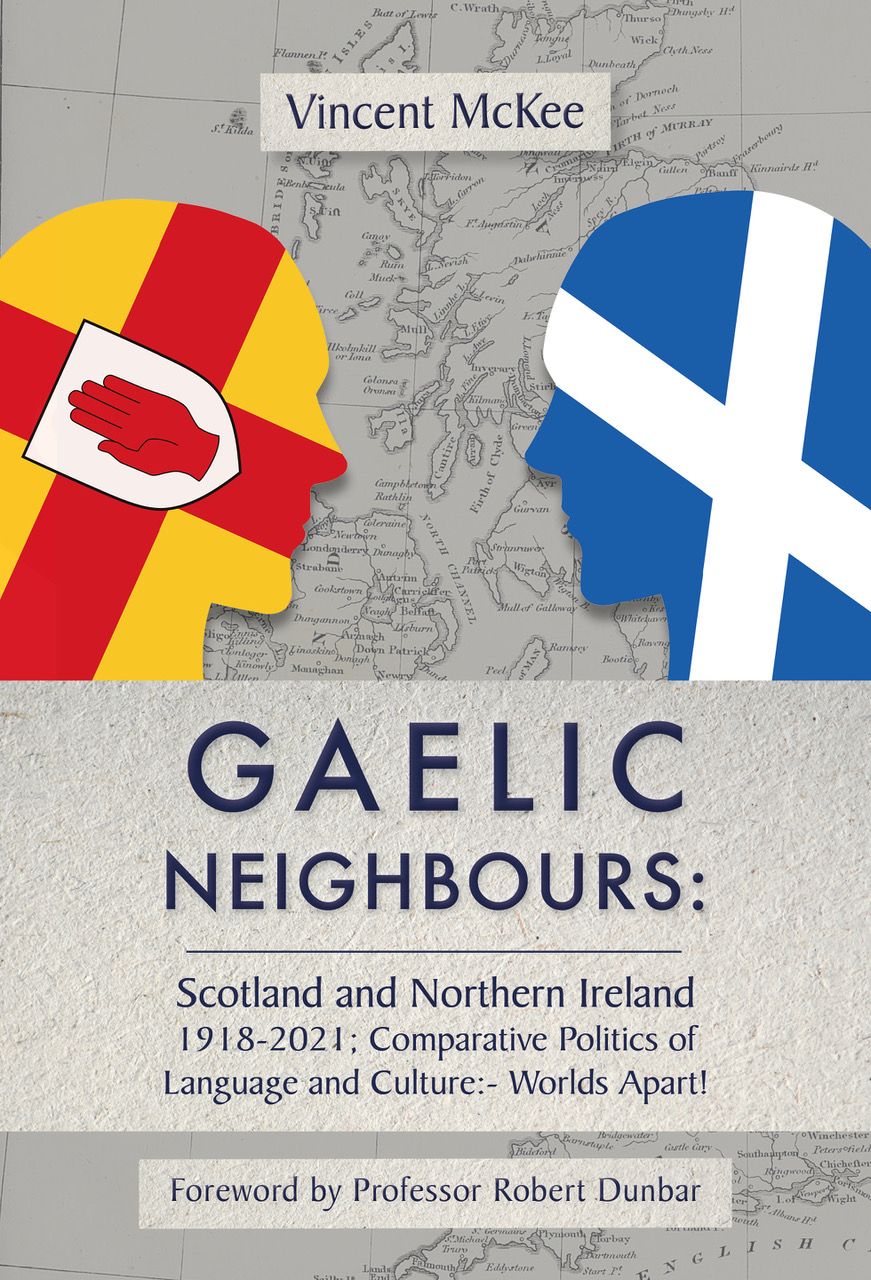 THIS Sunday sees the launch of a new book at Pairc an Esler in Newry, exploring the history and the links – or lack of – between the Gaelic languages across the Sea of Moyle.

Gaelic Neighbours – Scotland and Northern Ireland 1918-2021; Comparative Politics of Language and Cultures: Worlds Apart! – will be launched by the author Dr Vincent McKee after the Down Senior Football Final.
The book is the culmination of five years of research by the author and covers the comparative histories over the past century of Gaelic speaking, sports and culture, plus differing economic, social and political experiences.

County Down man Vincent McKee – who hurled at minor level for Down in the 1970s – says: “While a nominal awareness of fellow Gaels has long existed in Scotland and Northern Ireland of each other, in fact I noted the prevalence of glass walls that discouraged exchanges and contacts beyond the formal. Only occasional academics and curious travellers ventured in either direction across the Sea of Moyle.

“Otherwise, the two Gaelic nations resembled cool cousins who beyond Christmas cards and funeral attendances otherwise kept their distance. This lesson was even more true of Southern Ireland, which over a century showed little of the pan-Celtic solidarity that one might reasonably have expected. Truly, I was shocked to note just how many well-educated Gaels from either side of the North Channel who had never visited the other nation.

“Religious tensions between Catholic Éireann and Presbyterian Alba may have played some part in earlier years, but aside from the fact that the Gaels whom I encountered on both sides were without exception models of tolerance and respect, there was no evidence of different religious affiliations having kept the Gaelic peoples of Scotland and the North of Ireland apart. Instead, there were other factors – such as distance, history, political alignments and perceptions, etc. I am not equipped to work through the linguistics or dialectical strains, far less cultural diversity, but the political historian in me here traces events from previous times, and most especially developments of the past century.

“After all, since the creation of Southern Ireland in 1922, Ulster and Scottish Gaeldom have been thrown upon the tender mercies of a temperamental, sometimes indifferent, sometimes hostile, occasionally beneficent British state. From that vantage point, and taking account of declining numbers of native speakers, the common goal for both Gaelic worlds has been one of survival.”

He adds: “This book seeks to identify and compare the different characters and struggles of the two Gaelic nations down the years. It looks at their specific journeys of development and diverse priorities, characteristics and strategies, as well as the degree of leadership offered by those groups championing their interests. So too does it acknowledge that through historical circumstances Gaeldom in Ireland was of necessity aligned to political nationalism, and remains as such. Conversely, Gaidheal na-h-Alba has offered a less fractious lobby, but also one where Gaeldom was regionalised to the West Highlands and Hebrides, from where it has struggled to emerge as a national force.”

Professor Conchúr Ó Giollagáin; a Dublin native, and currently Gaelic Research Fellow at the University of the Highlands & Islands, Inverness, Scotland, and recently-appointed Visiting Professor of Celtic Studies at the University of Ulster, will address the launch meeting. Chair of launch will be Brian McAvoy, Secretary and Chief Executive of Ulster Gaelic Athletic Association.