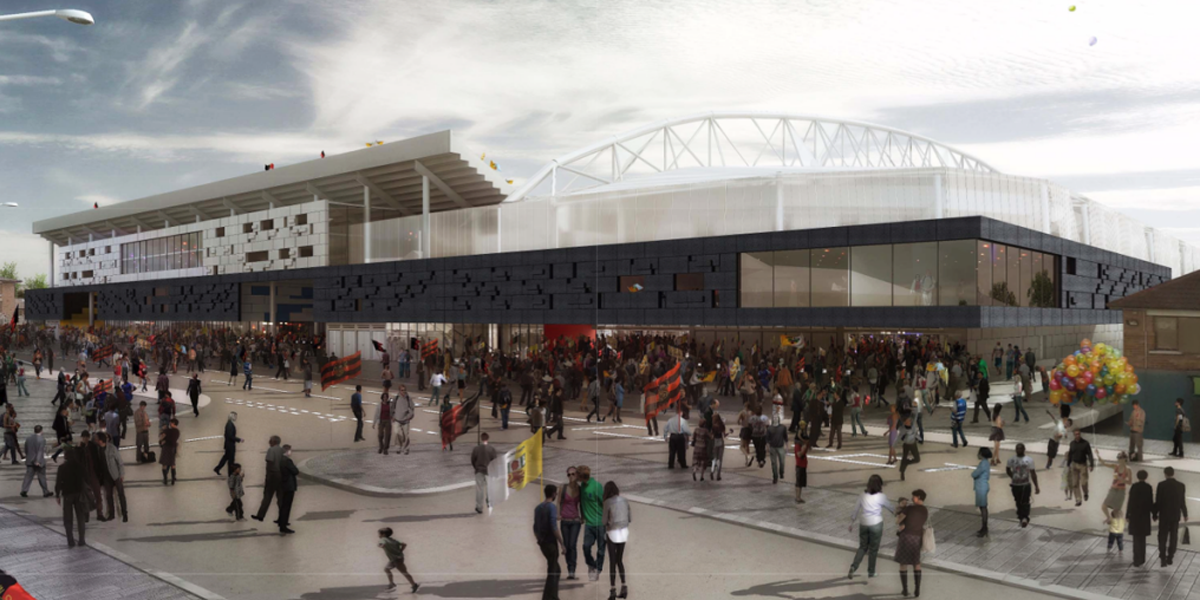 The proposed multi-million pound Casement Park redevelopment has hit another stumbling block as a government agency strongly criticises its design.

The plans for the new stadium have been scrutinised by the principal landscape architect at the Northern Ireland Environment Agency who described it as "overbearing" and not in keeping with its surroundings.  EJM Miller's conclusion corroborates with concerns residents have been expressing about the proposed redesign.

In a letter to the Planning Service Mr Miller expresses his ‘concerns’ about the visual impact of the new stadium and the ‘detrimental impact’ the ‘overbearing’ new Casement will have on the lives of people living close to the development.

Mr Miller expressed doubt that the new stadium would “integrate with its immediate environment” and that it ‘fails to integrate with the existing streetscape”.

“The scale and mass of the proposed building will be overbearing in the context of the adjacent domestic and will have a detrimental visual impact on views from these properties,” reads the letter.

An Environmental Impact Statement (ES) was commissioned by the GAA prior to the planning application being submitted, and used the Building Research Establishment (BRE) Guide to judge whether houses close to the new stadium would receive adequate sunlight.

The BRE Guide recommends that gardens should receive two hours of sunlight on March 21 on any given year and the GAA-commissioned Environmental Statement found that all residences in the stadium’s vicinity would receive three hours of sunshine.

However, the Environment Agency has cast doubt on those findings.

“Following construction of the proposed stadium the private gardens of properties [along Mooreland Park], both front and rear, will be completely in shadow from late afternoon onwards for most of the year.

“[The ES] claims that these properties will receive more than three hours sunlight and therefore the development complies with the minimum BRE criteria.

“We advise, however, that this sunlight will be experienced in the early part of the day whereas factors such as climate, working patterns, school hours, etc dictate that, in terms of amenity, gardens in this country are generally used for leisure, play, barbeques, sunbathing, etc from afternoon through to the evening.”

“The proposed development will therefore have a major detrimental impact on the potential enjoyment of private amenity space of properties adjoining the site along Mooreland Park.”

The Environment Agency report was unequivocal in its view of the visual impact the new stadium will have on the Andersonstown area.

“We advise that a building of the scale proposed should have sufficient open space to its exterior to allow for associated infrastructure, car parking, transport links, etc and to provide a setting and adequate separation between the proposal and adjacent development,” read the letter.

“The existing site is, unfortunately, constrained on all sides and, in our opinion, it is impossible to meet the requirements of a fit-for-purpose modern stadium that visually integrates with the existing environment.”

In a statement, Ulster GAA stressed it was contuing to work with all agencies involved in the planning aplication.

"Ulster GAA submitted a planning application to the Department of the Environment on 19th June following a 14-month Pre Application Discussion process with the statutory consultees,” an Ulster GAA spokesperson stated.

“The Casement Park Project team maintain regular contact with the DOE for updates and await a decision from the Minister regarding the application in due course."