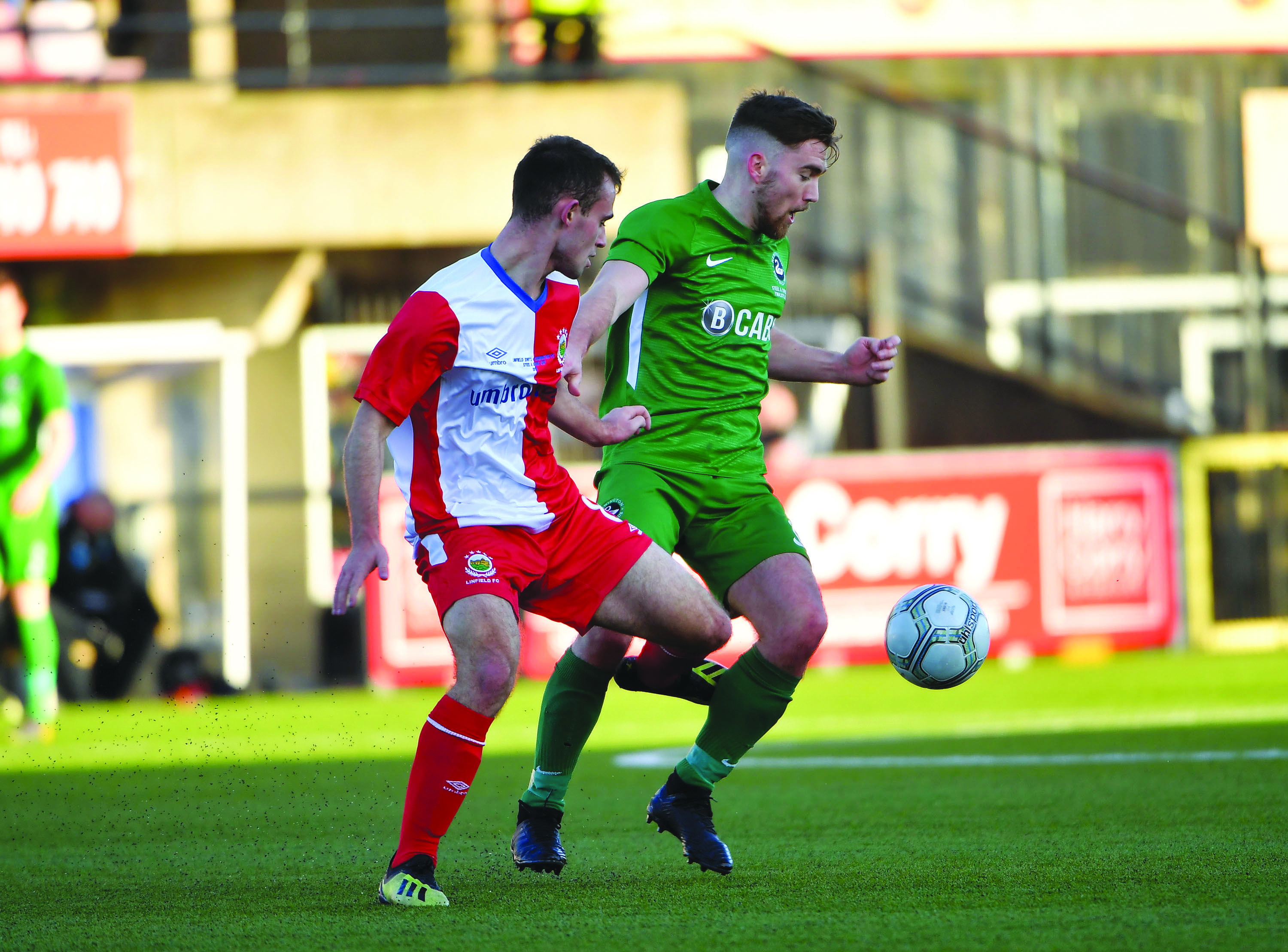 Following further Covid-19 restriction imposed by the Stormont Executive, all football training and matches below elite level were suspended for four weeks as part of a wider regional lockdown.

That means that only the men and women’s NIFL Premiership games can go ahead as well as international games.

In a statement, Irish FA chief executive, Patrick Nelson, said: “We note the decision from the Northern Ireland Executive.

“Our priority is, and has always been, the return of football, both training and matches, in a safe and responsible manner and we will continue to work with stakeholders across the game to meet that objective.”

However, the fixtures for the Bluefin Sport Championship and Premier Intermediate League had not been finalised due to PSNI FC’s failed appeal against their relegation from the Championship.

The IFA Appeals’ Board ruled in favour of the NI Football League’s decision to confirm their relegation to the Premier Intermediate League for the forthcoming season. Yet, there was a great such of frustration over the appeals process, with the original appeal submitted at the end of June.

Crossan has hit out at the lack of communication from the football authorities but says the four-week suspension of games during the “circuit-breaker” was somewhat inevitable.

“We are into another lockdown for four weeks and we’ll see how we go after those four weeks,” said Crossan.

“I was sort of half expecting it away this past few weeks has been going. There was a fixtures’ meeting last week but obviously fixtures weren’t discussed after what the Executive had said.

“We were led to believe that the league matches were due to start on Saturday, October 24 because the PSNI appeal was thrown out.

“We were due to play Abbey Villa in the Steel and Sons Cup on that Saturday so we would have been due to play our first league game the following week.

“It is very frustrating for everybody. We had started back at the end of June the semi-finals of the intermediate Cup. It was also difficult trying to sign players because players didn’t want to commit when they didn’t know when the season was going to start.

“We got the Intermediate Cup played and thought “happy days” - it can’t be too much longer before they announce the start of the league.

“Then it was just friendly after friendly and we still had no idea in the league was going to start.

“The IFA have been an absolute shambles and the communication between them and the clubs has been very poor.”

Newington played their first game of the new season when they suffered a 1-0 defeat at Carrick Rangers in the first round of the Co Antrim Shield.

Crossan had hoped to hear news on the new fixtures shortly after the defeat at Taylors Avenue.

“We then had something to look forward to when the Co Antrim Shield was announced,” he added.

“Again, we thought our league would be starting shortly, but the PSNI appeal left us in limbo. Players are fed up, the management is fed up - everybody is fed up.

“It took an awful lot to get the players back into the routine of training two nights a week and then a friendly at the weekend. We were lucky enough to play friendlies most Saturdays, but they are only friendlies at the end of the day - you can’t beat competitive games.”

Crossan’s side had been due to begin their Steel and Sons Cup with a trip to Abbey Villa at the weekend.

Newington lost out to Linfield Swifts 3-1 in the final of the prestigious competition last Christmas morning at Seaview having beaten David Dorrian’s side in the 2017 decider.

The defending champions crashed out of this year’s competition following a stunning 2-1 defeat to St Oliver Plunkett in the first round.

However, Crossan admits it is unlikely that the Steel and Sons final will retain its traditional Christmas morning slot and worries that clubs might pull out of various cup competitions as the fixtures begin to mount.

“I don’t know whether they are going to play the Intermediate Cup and when the Steel and Sons Cup is going to be played,” said Crossan.

“I think they should keep the transfer window open because you’re going to have so many matches in such a short space of time you’re going to need a bigger squad. Everybody is going to be up against it this year.

“My own opinion on it is, with the likes of the Irish Cup, I wouldn’t lose any sleep if we didn’t enter it. Yes, it is always nice to get a run, but for the sakes of a few matches, it wouldn’t be a big deal.

“The Intermediate Cup, after losing the final last year, I would like to play in it – it is a good opportunity to win a trophy.

“I’d still like to win it no matter what day of the year it is played. Each club will have to look at their own situations and squads and access which competitions they wish to go for. I could see one or two falling by the wayside this year if we don’t get any meaningful games played before the New Year.”

Reflecting in his side’s only competitive game of the season thus far, Crossan expressed his satisfaction at Newington’s performance with an own goal resulting in a 1-0 defeat at Carrick Rangers in the Co Antrim Shield.

“I was very pleased with the performance – we were very unfortunate to concede an own goal after 30 seconds,” added the Newington boss.

“We got off to the worst star, it was just a comedy of errors defensively and the we built our way back into the game.

“We had to change our shape, but in fairness to the boys, they worked really hard and they gave Carrick as good as they got.

“I thought we were the better team in the second half. Overall, I was pleased with the performance, but disappointed with the result.” 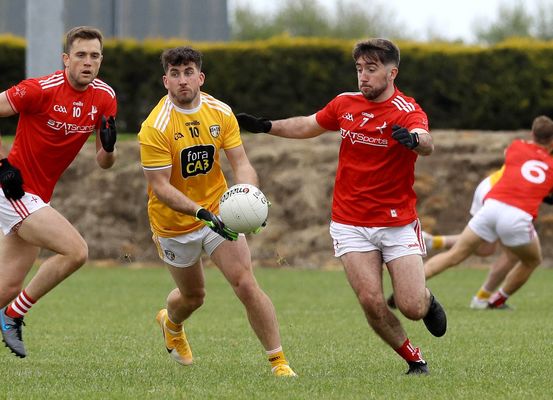 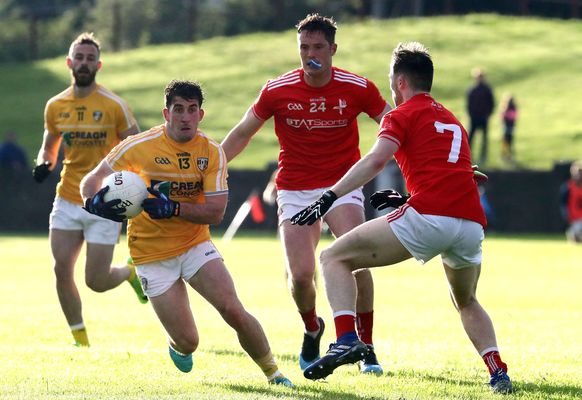 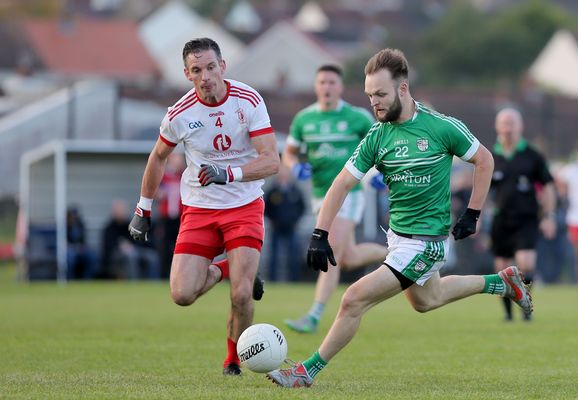