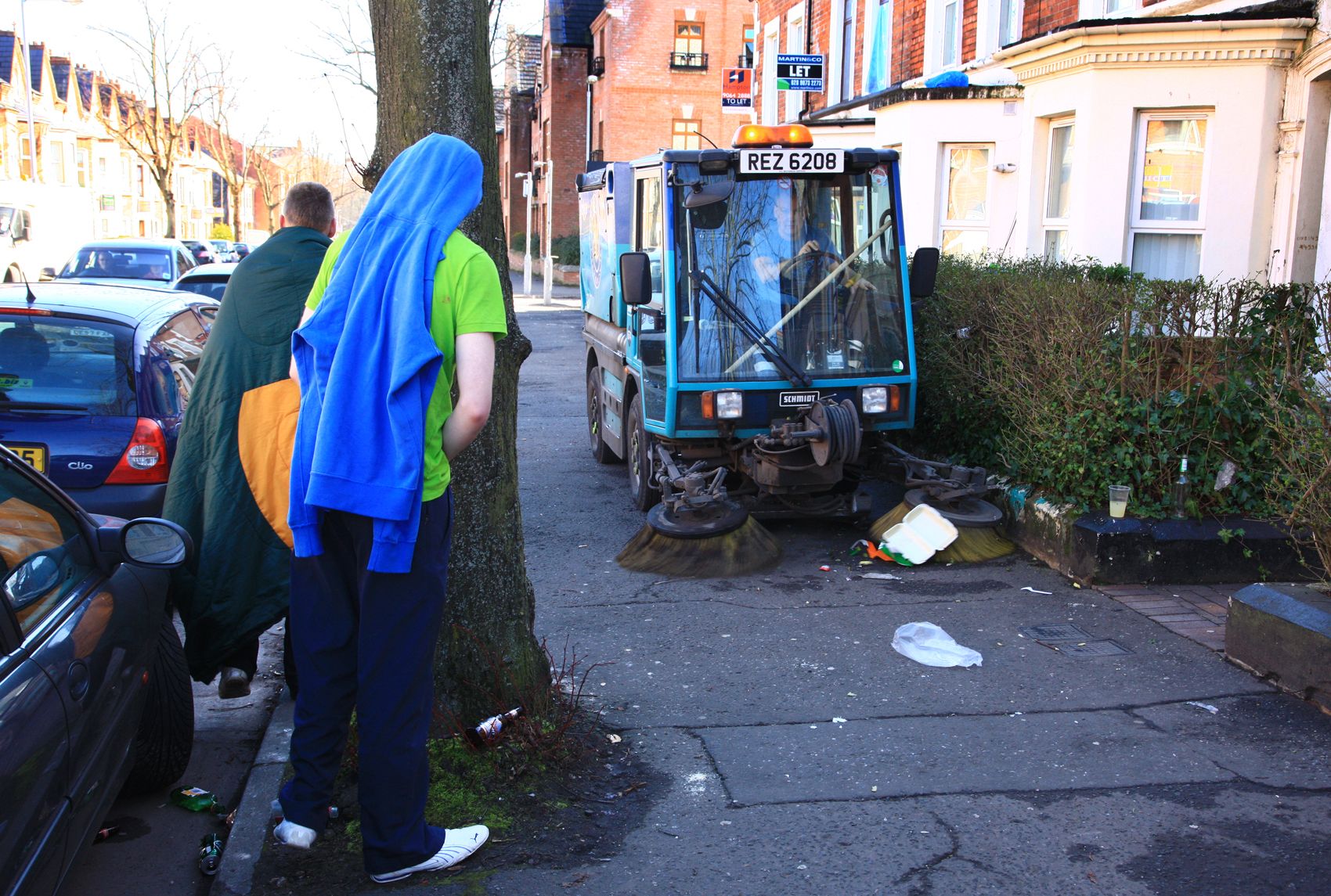 ST PATRICK'S DAY HAVOC: The Holyland takes a bit of explaining to someone who’s not from Belfast

THIS must be the third time mentorship for migrants is being mentioned in this column. It is something that we have to nurture. It is so important because the lack of it can be tricky for people who call Northern Ireland their new home.

So last week I was reading a thread in the social space Nextddoor. A Syrian gentleman had posted that he had identified an ideal property in the Holyland area. He was asking for advice from Nextdoor users about the benefits of moving into such a lovely area. I believe that every place has its good and bad, nothing exists in a pure form, nothing. People have big mansions in leafy, exclusive areas of Belfast but that is not a licence to say that those in marginalised communities are basically up to no good. Most people advised the Syrian fellow that he was moving to Fitzroy Street at his own risk: steamy student parties and annual riotous mayhem at St Patrick’s Day events in March.

What is student life without a bit of supervised debauchery?  It is part of their rituals of development and we have all been through it at some stage. If not as a student, well, when you were way past your puberty and hoped that the world was orbiting you and that you were the centre of attraction.

In student life there are stages when the forces of gravity are definitely defied by these young people. They would be floating away for the next ritual: drinking, smoking, sex. You say abomination, they say this is freedom. And it doesn’t matter which place on earth, university students will tend to be the same. It is life. So, demonising their subculture of permissiveness is rather harsh.

I advised the man on Nexdoor that South Belfast is actually a wonderful place and, like other parts of Belfast, it will take just one neighbour to give a place a bad name.

Most neighbours I know in Belfast do not seek out to be bad to that person next door. If you are from a culture away from here – the Middle East, Africa, Asia, – a mentor-type person who has lived here slightly longer will advise that the social instincts are not the same, so we must live with it or share our own way of doing that.

In this interview with @BBCWorld, UNAIDS Executive Director @Winnie_Byanyima calls for a #PeoplesVaccine, urging pharma companies to learn from the lessons of the AIDS response and not to be driven by the desire for super profits.

But there are many common things that we share with the natives of Belfast. Some of the foods and the way they are cooked are similar to where we come from. The one thing that many Africans are not used to in the first instance is that social distance that was there before Covid. The way you can live next to a neighbour you have never seen for the entire year until a calendar event lets everyone out. Yes, this is difficult for many newcomers so they mentor themselves to understand why keeping to oneself is central to subcultures here, and it works.

This year, people are already bridging communities through healthy eating, virtual sports and correspondence between people born here and minority communities who migrated Ireland. There was a healthy eating project which received good feedback from those who took part. This was organised by a multi-ethnic sports and culture group which continues to do fantastic work under the leadership of Nigerian-born Jahswill Emmanuel.

Such projects may look inconsequential to some because they are efforts by small organisations run by volunteers, but we know that any person affected by positive projects shares the same with others and word becomes a form of mentorship for newcomers. There are many immigrants who are living very reclusive lives, not because they want to, but because of poverty and invisibility, and sometimes they are just not contactable due to language barriers, distant homes and suspicion. They become suspicious because they lack mentors to introduce them to Northern Ireland properly.

It is also a good thing that newcomers will hop on the city bicycles, borrow one from a friend or get on the city buses after the lockdown and visit each and every part of the city. It helps. I did it, many times. It really helps.  ellyomondi@gmail.com    ellyodhiambo@Ellyafrican