REUNION: Niall prepares himself for his next big challenge in Seanad role 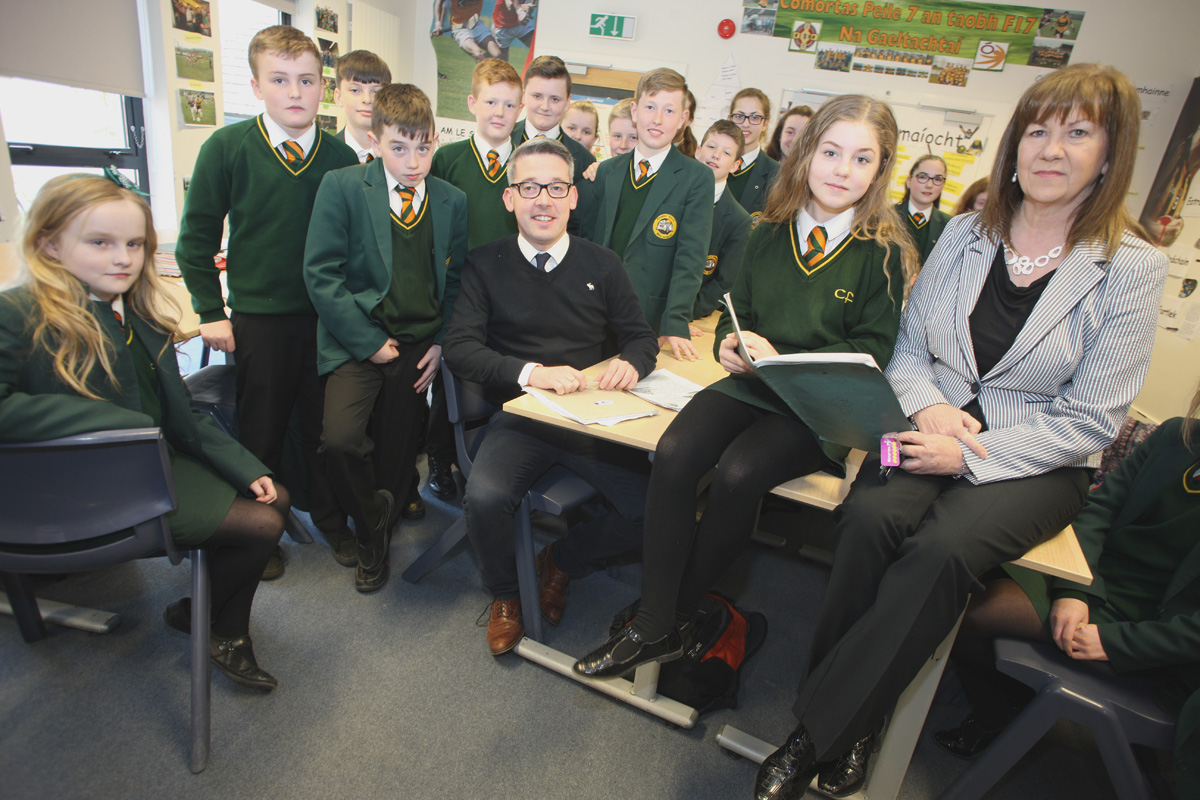 Niall prepares himself for his next big challenge in Seanad role

Speaking to the South Belfast News, the man who was Belfast’s youngest-ever Lord Mayor said: “I’m delighted for the party, I’m delighted for the town. The reaction on social media has been very positive, in fact for a change I didn’t see any negativity, which is unusual for anyone involved in politics.
“There are issues around the Seanad, from a Sinn Féin perspective. We campaigned for the abolition it and now to be going into it is a strange thing. I want to use it as a platform and a tool, as a mechanism to give voice to citizens from the north who feel that the Irish government have taken their eye off the ball, that’s why I tabled a Bill calling for the extension of voting rights in Presidential elections to people in the north.”
Niall says he knows he’s in for a tough commute, but added that he is up for the challenge.
“I’ll be in Dublin two or three days a week – as little as possible, to be honest. If I’m going to be a Belfast Senator it’s important that I retain my connection to this town.

“For a long time the Seanad has been seen as a bit of a gentleman’s club for certain friends of political parties. From my perspective I wanted to bring the same approach that I brought when I went in fresh as the Mayor. I want to be a bit of a raker, remind the establishment there that Ireland doesn’t stop at Dundalk.”
And he said he’s keen to showcase what’s good about his home city of Belfast when he’s working in the capital.
“You look at institutions like Coláiste Feirste, wonderful things we have in this city that can shine like a beacon to the rest of the country. We are right on the border of Ireland’s only urban Gaeltacht. Look at the things we have pioneered that the rest of Ireland should be looking at as an example.
“I also want to bring people down to lobby. As much as I’m saying the Irish government have taken their eye off the ball in terms of us, we need to be very sure we don’t take our eyes off them either. They have commitments to us and it’s up to us to go down and kick their door and remind them of that.”
We asked Niall why he felt it was important to return to his old school – Coláiste Feirste – and speak to the pupils so soon after being elected.

“When I was elected as Mayor one of the first things I did was to come back to school. I owe a great debt to Coláiste Feirste, not just in terms of academic qualifications but because of what it instilled in me and my group of friends and the people who are active in our community. I just wanted to say to them, ‘You’ll not get a great deal of money or a great deal of clú agus cáill, but get up and be active in your community.”
And speaking of community, Niall has another big week ahead of him with the upcoming Assembly elections reaching their climax on polling day on Thursday.
“The key thing for me in the Assembly election is that people get out and vote. I’m looking around this school and Sinn Féin have been heavily involved in building the capital works here, whether it’s been Caral Ní Chuilín as Culture Minister or John O’Dowd as Education Minister.”

Niall added: “Looking down at the Gaeltacht Quarter, the expansion of the Cultúrlann, working with community groups and organisations our reps have been able to get the highest standard of investment back into the city and people need to maintain that.
“For all the naysayers and all the begrudgers, look at the contrast from fifteen years ago until now, it’s completely transformed and it will keep on transforming.
“You don’t want to be sending people to the Assembly who are simply going to be there to highlight all the problems, you want people who have a proven record of delivery and for me the most critical thing is this is a very important date for republicans – this is where the political struggle is at, people should get out and vote.”

When asked about travelling to and from Dublin Niall said: “I’ll be in Belfast the majority of the week, I’ll be taking on a broader brief and a broader role in the party, there will be a fair bit of travelling but I’m looking forward to it. I’ve ten driving lessons booked so hopefully I’ll get my licence soon enough.”