Niamh would do anything for The Little Prince 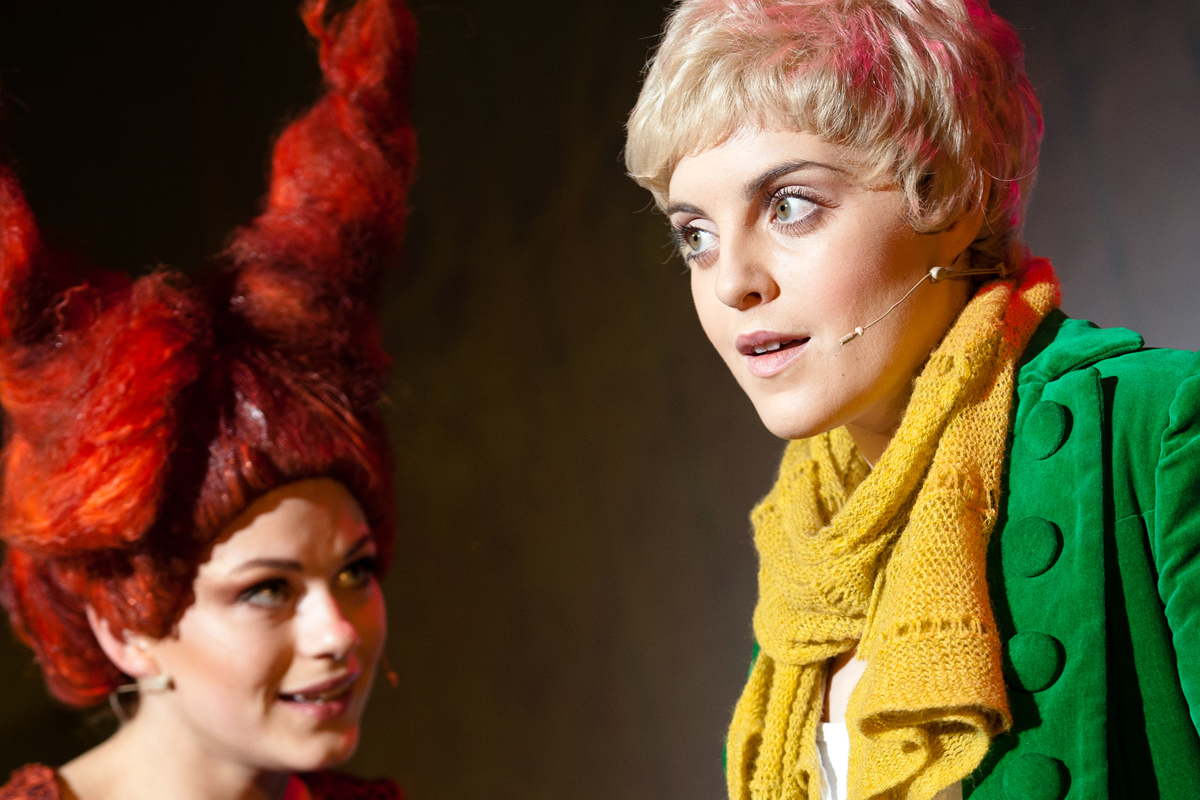 One of the most famous fables in the history of theatre has made its way to South Belfast, where it will be performed over the festive period.

The Little Prince is the story of a boy who lives on an asteroid and who begins a friendship with a pilot who crashes there, before going on a series of adventures around the solar system, learning life lessons on the way.

An instant classic upon its publication in 1943, the story by Frenchman Antoine de Saint-Exupery has, to date, been translated into 180 languages. Its latest adaptation takes place a bit closer to home, coming in the confines of South Belfast’s Lyric Theatre.

Playing the title role is someone who, despite her young age of 21, has become a veteran of stage and screen in recent years. Niamh Perry first shot to fame starring in reality show I’d Do Anything, where she finished as a finalist in the search to find a star for composer Andrew Lloyd Webber’s version of the musical Oliver.

Speaking to the South Belfast News just before the first press showing, Niamh said she couldn’t wait to bring her own input to the role of the Little Prince.

“It’s one of the bestselling books in the world – in France it’s like the Bible. It’s not really made the same impact here but my sister lived in Paris for a year and she was telling me how it’s really part of the culture there.

“It’s a wonderful story and although children will love it due to the silly aspects and how visually stunning it is, I think it’s a great tale for adults. The life lessons contained in it are amazing.

“Singing the great words that have been written for it has made me think about some things in a different way, which is pretty huge because not many things do that. The fact my perspectives changed from just the rehearsals shows how amazing it is.”

The songs are one of the unique selling points of the show, as they are composed by Nicholas Lloyd Webber, son of Andrew, who makes his debut as a musicals composer alongside co-writer James D Reid.

“I’ve been working with Nick’s dad since the TV show, mainly in Love Never Dies in the West End last year. But I’ve known him for years and we’re very close, he’s like my big brother.

“He and James work as equals and the decisions they make run in parallel. For me it’s lovely to know I’m in such safe hands, which I really am with them.”

Having worked primarily in London since becoming a singer and actress, Niamh is well aware that the Little Prince marks her return to Northern Ireland, a fact she admits is daunting.”

­“I’m really lucky to have worked in the West End for the past three years but this is the scariest thing I’ve ever done. Not only the fact that it’s the biggest part I’ve ever played but also coming home is so scary because I know so many people here.

“I know the chances are that there will be someone in the audience every night that I know, which is frightening. But I also want it to be amazing because I love the Lyric and the people there.”

“I know the chances are that there will be someone in the audience every night that I know, which is frightening. But I also want it to be amazing because I love the Lyric and the people there. This is such a big thing for me because I’m the only Irish girl in the cast and I want to show off Belfast and how we do things here.”

Being the festive show in one of Belfast’s most well-known theatres adds further reason for the production to be special and Niamh admits it’s been a long journey to get there.

“It’s not a typical Christmas show but that’s what I love about the Lyric – they always do something a bit different every Christmas than the usual panto but it’s still festive.

“I came here a few times before it was renovated and I loved seeing shows. My mum and dad always supported live theatre because it was a nice thing to do as a family. As a youngster it wasn’t a case where I immediately started wanting to be in musicals as soon as I could walk and talk.

“But once I got the bug that was me. That said, this may not be what I want to do the rest of my life. I may wake up tomorrow and all of a sudden not want to do this anymore. I’ve had a great few years and hopefully I’ll get to continue working but I don’t have any bigger plans than that for the moment.”

She says she hopes audiences appreciate her efforts in the Little Prince and enjoy the show at the Stranmillis theatre.

“It will be difficult to gauge because it’s quite a complex story and it’s sung through, so you won’t be really able to tell if an audiences likes it until the end of act one. I’m very critical of myself and a harsh judge but I think that’s a good way to be because I just want it to be amazing.

“I’m sure this show will go on to do some really great things and tour all over the world because the music is just incredible and the production brilliant but I’m just taking it a day at a time.

“That’s the only way you can do this as a job because you can get so caught up on everything otherwise and then you miss the great moments that happen.”