NIFL Premiership: Cliftonville aiming to bounce back against Larne 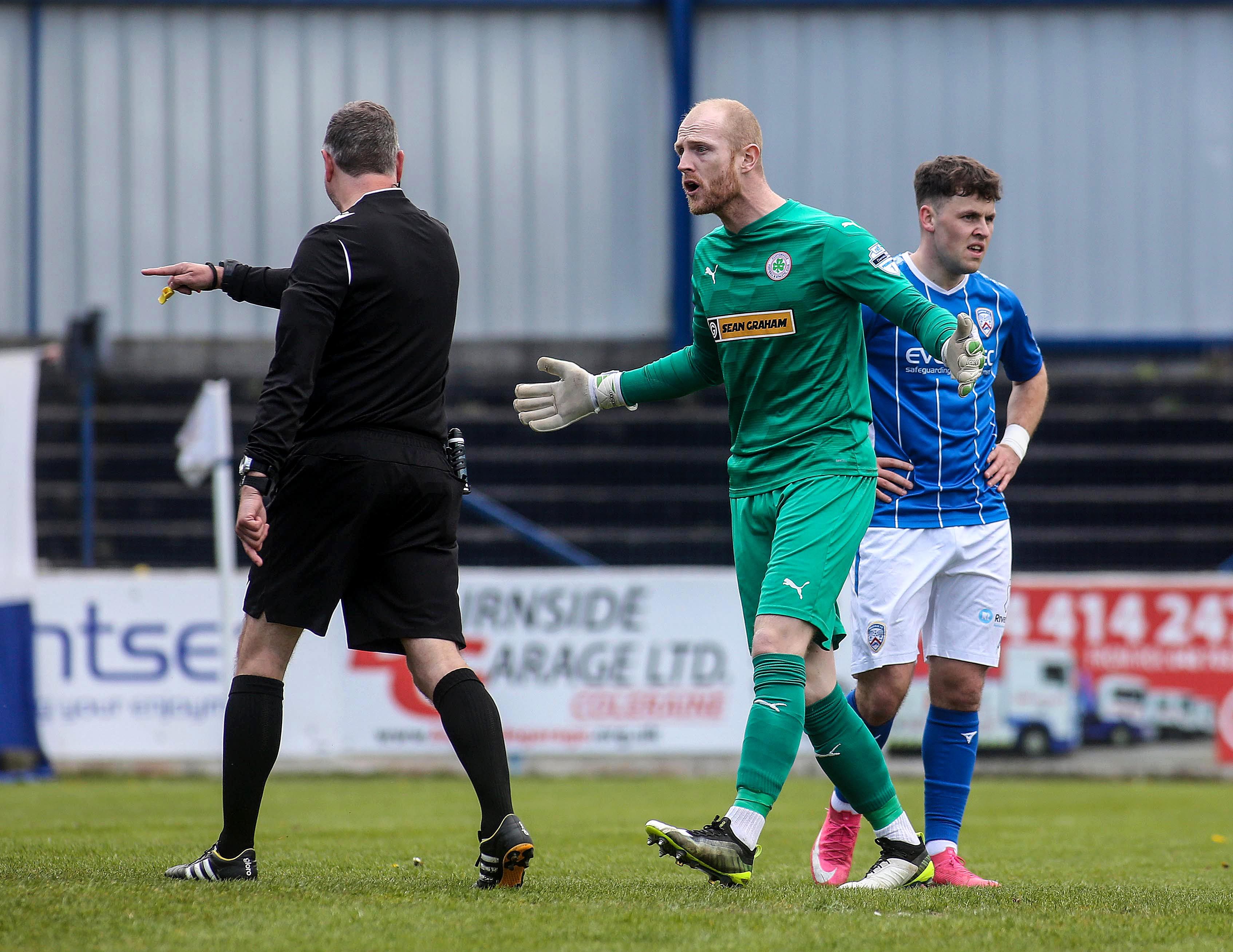 CLIFTONVILLE manager Paddy McLaughlin has tipped his side to bounce back from the disappointment of the weekend defeat to Coleraine when they take on Larne on Tuesday evening.

The Inver Reds travel to Solitude (7.45pm kick-off) looking to build on their 3-1 win over Crusaders at the weekend – a result which moved them back in fourth place above Cliftonville.

McLaughlin acknowledged that his side have bounce back from disappointments on a few occasions this season but believes they will need to show more to see off Tiarnan Lynch’s charges.

“It’ll be a tough game because they’re a really good side. They’re the same as ourselves and are targeting European football next year. We’ve got to do a lot more in Tuesday’s game than we’ve done here today.

“We kept the ball well but didn’t threaten enough and gave away two soft goals. If we want to play European football, we’ve got to improve on that and that is something that we’ll be aiming to do on Tuesday.”

The Reds will be without first-choice goalkeeper Aaron McCarey for Tuesday’s clash after picking up a straight red card in the weekend’s defeat.

It presents an opportunity to Decky Dunne and McLaughlin believes he is lucky to have one of the brightest young prospects in goalkeeping circles at the club.

“We’re lucky we have one of the brightest prospects in young goalkeepers coming through in Decky Dunne,” he admits.

“He’s been in and around the international scene in U21 for a couple of years now and has been in the squad and pushing to get into the team the last two years that I’ve been at the club. Now is his opportunity.

“It’s a big game for him to come into, but he’s got big shoulders there as you can see with the size of him.

“He’s a big unit of a young man and those shoulders are broad enough to take on the responsibility now that comes with being number one for the foreseeable future. If he comes in and does the business, he stays in the team.”

The lead up to the second penalty in the weekend's defeat was a decision that frustrated McLaughlin who was unhappy that his side were denied a penalty before conceding one a matter of seconds later.

“As frustrating as it was to concede, the first goal whenever we were on top, it’s even more frustrating with the second goal,” reflected McLaughlin.

“Not only was it game over with the second goal but also the penalty and the fact that it was our own mistake.

“We were on the attack and had a call for a penalty when Daniel Kearns was pulled to the ground. The referee turns his nose up at it and they put the ball up long and he awards them a penalty within five or six seconds.

“There is a lot of frustration with the second penalty but there is no question of the foul. It was a poor header back and Aaron comes rushing out and we can have no complaints – it was a penalty.

“We don’t take any positives out of the defeat today. We’re really disappointed at giving away two soft goals, whereby it was a poor call for the first goal to be a penalty, poor decision making for the second goal for the second penalty.

“There was a couple of mistakes along the way and not one of these boys is going to dress it up and say there was a lot of positives to take out of the defeat - there is none to take away from the defeat.

“We were beaten 2-0 against one of our rivals for a European place. We don’t take any positives away from the game at all.”

Saturday’s Irish Cup draw paired Cliftonville with Cup holders Glentoran in the pick of this Saturday’s second round ties.

McLaughlin is looking forward to coming up against the Glens and is adamant that in order to win the Cup, they will have to beat the best teams at some stage in the competition.

“It’s definitely the games you want to be involved in,” said McLaughlin.

“It’s the standout draw of the round and rightly so. It’s two good sides, two really strong Belfast sides and the Belfast rivalry will be there, and we’ll look forward to it.

“If you want to win the cup and win trophies, then you’re going to have to beat these sides anyway.

“You can’t expect an easy draw right to the final – it doesn’t happen. If you want to win the trophy you’ve got to beat the best sides.”