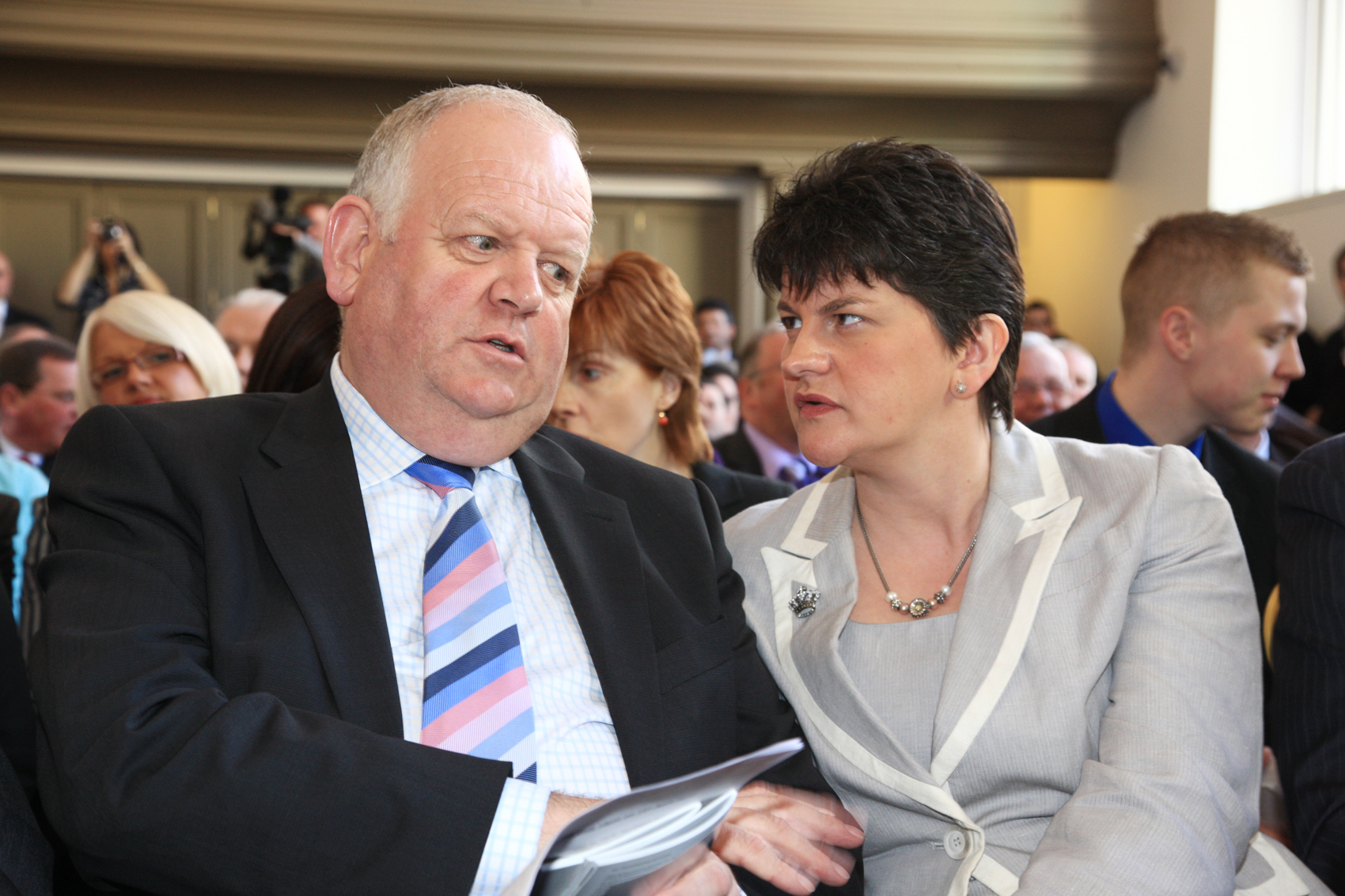 NORTH Belfast MP Nigel Dodds yesterday dropped a political bombshell by ruling himself out of the running for the DUP leadership.

And it has emerged that a majority of the party’s senior figures have thrown their weight behind Finance Minister Arlene Foster, who also has the support of over 75 per cent of party members entitled to vote in the DUP electoral college in the wake of her formal nomination last night.

Mr Dodds has been widely tipped to take over the leadership from Peter Robinson, with Fermanagh South Tyrone MLA Mrs Foster taking the post of First Minister. But the deputy leader said yesterday that he believes that the leader of the DUP needs to be based in Belfast, not in London, adding that had he still been an MLA he would have had no hesitation in putting his name forward.

It appears that Mrs Foster’s election as leader is now a formality, with the only unknown factor being DUP big beast Sammy Wilson. The East Antrim MP still hasn’t decided whether or not to run for leader, although even if he does it’s thought his reputation as a maverick would count against him in the race for leadership.

Speaking yesterday at Stormont Mr Dodds said: “I honestly believe that in the modern political set-up of Northern Ireland, with devolved government firmly established moving forward, the leader of the party needs to be in Belfast. If I was still in the Assembly I would have no hesitation whatsoever, but I’m not. It would be wrong in my current circumstances to put my own personal standing above what I believe to be the long-term best interests of the party and the people we serve.”

And Mr Dodds threw his weight behind the Foster leadership bid, saying she’s “the leader that can take the party and Northern Ireland forward to an even better future.”

Nominations for the DUP leadership close at 5pm on Wednesday.