Not standing up for the Ulster men 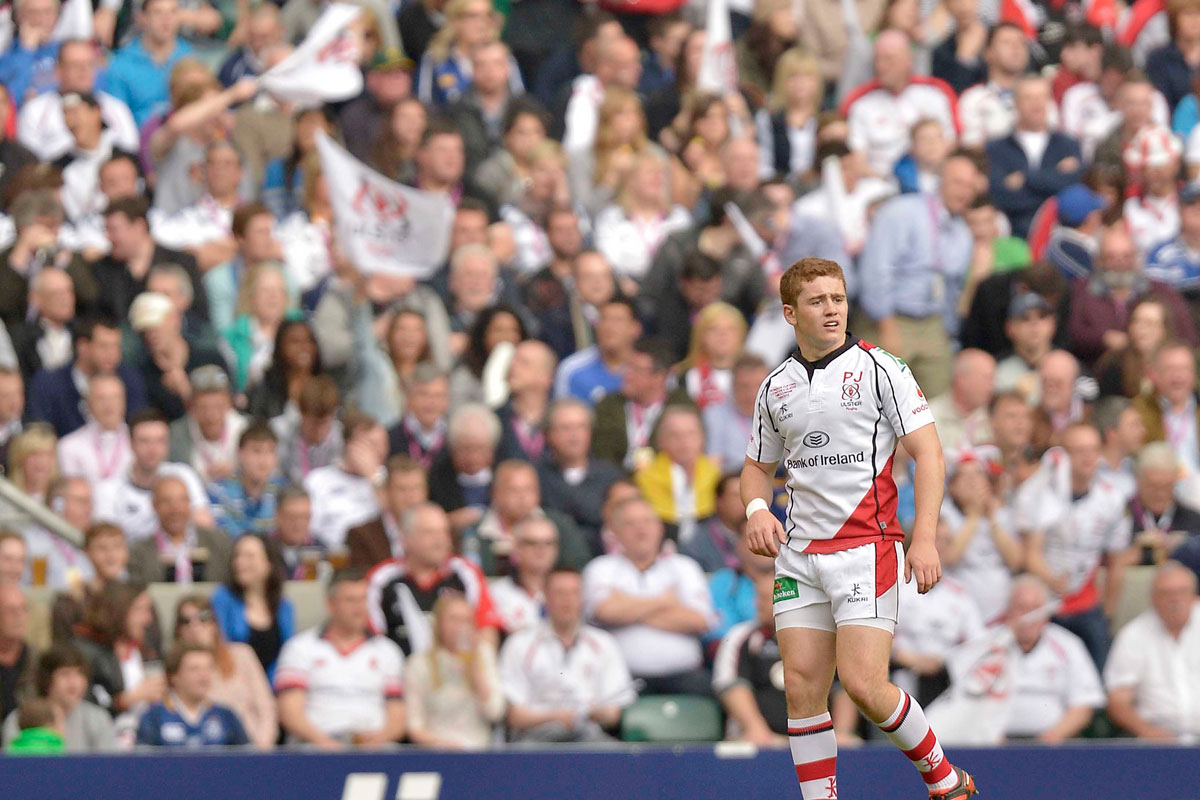 What a weekend of, um, foreign games we had last Saturday, eh? There was Blackpool vs West Ham for that final place in the Premier League – worth, apparently, about £40 million. I was sorry to see Blackpool not make it – they play elegant football even if their jersey is a funny colour.  I’d hardly finished watching that bit when it was time for Ulster vs Leinster in the Heineken Cup Final (more on that shortly) and hot on its heels Bayern Munich vs Chelsea in the Champions League Final. Bayern vs Chelsea was another nail-biter, and though I was rooting for  Bayern Munich (I like Germans),  I ended up happy enough when Chelsea nicked it in the penalty shoot-out. Impressive victory against all the odds. (And I won’t ask the riddle about who would win a hypothetical knife-fight between John Terry and Joey Barton, because you all know the answer: Society).

OK, that’s the peripheries out of the way. Now for the meat of the matter – Ulster vs Leinster at Twickenham.

Funny old thing, loyalty. The commentator on Sky said all of Ulster would be behind the team but maybe not. Two men from Ulster – one Donegal, the other Antrim – who’re living in London were on their way to Twickenham on Saturday when they encountered a father-and-son duo from Bangor, Co Down. “So who will you be cheering for?”  the father kind of demanded. The Antrim/Donegal chaps said they’d be happy enough to see Ulster win, providing it wasn’t accompanied by six- county chants or flags. The Bangor father turned to the son and nodded. “What did I say? You can never tell who they’ll support”.

Rugby can be an ugly, dangerous sport that leaves people with solid-lump ears and necks that’d look  better on  a rhino. But the way the Leinster team played last Saturday justified comparisons with the Barcelona soccer team. Except, of course, Barcelona lost and Leinster won. By a country mile.

“In every case the title refers to the six counties of Northern Ireland. That can get confusing if, like me, you were born in one of the three erased counties.”

OK, cards on the table. I was born in Ulster, have lived most of my life in Ulster, yet on Saturday I wasn’t supporting Ulster. There, I’ve said it.  In fact I was rooting hard for the Leinster team. Why? Not sure, actually. Maybe something to do with how the word ‘Ulster’ has been used in this state. When Northern Ireland was hacked out of nine-county Ulster,  the new state was at some pains to declare itself ‘Ulster’. The obvious intention was to make ‘Ulster’ synonymous with ‘Northern Ireland’, and no opportunity was lost. BBC Radio Ulster; the University of Ulster;  the Royal Ulster Constabulary;  the Ulster Farmers’ Union; the Ulster-American Folk Park; Ulster-Scots... The list goes on. In every case the title refers to the six counties of Northern Ireland. That can get confusing if, like me, you were born in one of the three erased counties.

Now,  in a dazzling back-flip, northern nationalists are being exhorted to support the Ulster team because, blimey, this time it really does mean Ulster, all nine counties.

Tell you what, guys. As soon as the Vice-Chancellor of the University of Ulster announces that the Ulster part of his institution’s name refers to nine counties and not six; as soon as Radio Ulster beams its signal all the way across Ulster and shows equal-time interest in Cavan, Monaghan and Donegal, as soon as the Ulster Farmers’ Union begins to draw members from Cavan, Monaghan and Donegal… That’s when I’ll fish out my Ulster scarf and join in the cheering.

SUFTUM – Stand Up For The Ulster Men?  I might, but I won’t wait for them to match the power and speed of Leinster, because that’s a half-century away at least. I’ll get out the Ulster scarf when a small, insistent voice inside stops chanting “Ulster – Are you unionism in disguise?”