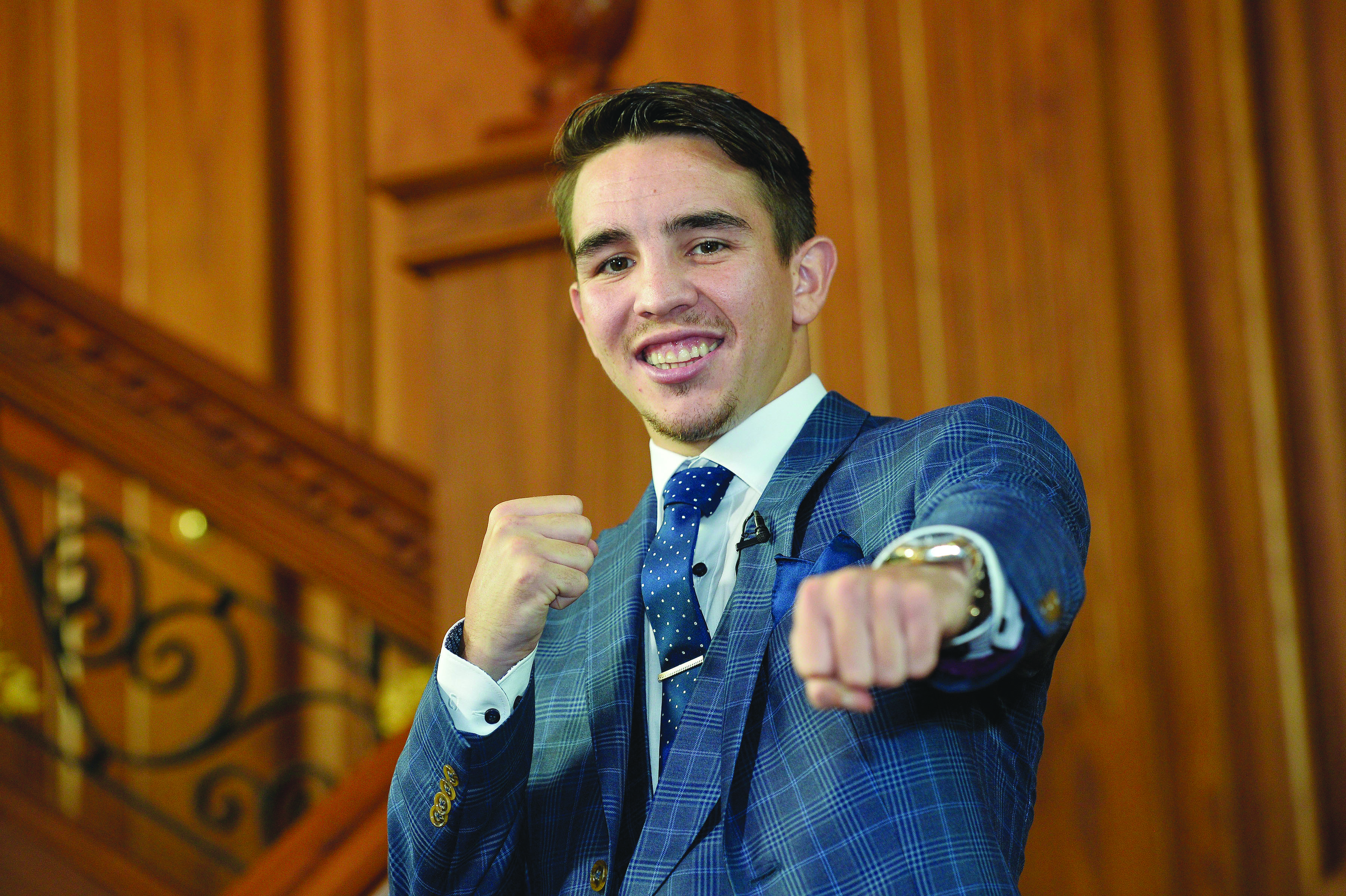 MICHAEL Conlan says his Olympics’ nightmare is firmly in the past as he gets set to embark upon his professional career that begins in Madison Square Garden, New York on St Patrick’s Day.

Back in August, he was denied at least bronze at the Rio Games when Russia’s Vladimir Nikitin was controversially given the decision in their bantamweight quarter-final, an outcome that prompted amateur boxing’s governing body, AIBA to sideline all 36 referees and judges that were used at the Olympics and last week, declared that in future, the scores of all five judges will be used to determine the winner of a bout instead of using three of five judges’ cards.

However, Conlan is no longer concerned with the inner workings of his former code and says this year will be remembered for one thing – signing professional terms with a giant of world boxing in Top Rank as-well-as his management deal with MGM Marbella.

“I will look back on 2016 as the year I became a professional. That’s the main thing,” insists the West Belfast man.

“What happened at the Olympics happened, I’m sick of talking about it. There’s nothing I can do to change it. My opinions are still the same on what happened and I think the actions that have followed (from AIBA) have proven I was right.

“I don’t feel there is any need for me to go back over it. What happened has happened and it probably left me in a better position than what I would have been in had I won gold.

“What’s meant to be is meant to be, that’s just how it went in the Olympics. But I have signed with Top Rank, the best promotional team in the business and the biggest. It is a dream start for me (as a pro) and probably the start every fighter dreams of is to headline MSG on your debut.

“It shows the path they want to start me on and want me to continue on.”

Certainly, his debut at such an iconic venue has captured the imagination of the Irish public with the demand for tickets already huge despite the fight being three months away (contact @MickConlanTicks on Twitter if intending to travel to the Big Apple for the fight).

“There have been people contacting me from all over the world, but mainly Ireland and the UK,” he revealed.

“This is just to give Top Rank numbers (for tickets) as they aren’t sure whether they will be on sale on the likes of Ticketmaster in America so they will take out the tickets I need and put them up on Ticketmaster in Ireland and the UK.

“My team set up the Twitter page and they are flying out. Just adding it up now there are 760 (needed) now so it’s going to keep going. Probably we are looking at over 1000 looking tickets which is crazy when you think of the numbers travelling from Ireland and the UK.”

While the huge support expected in New York on March 17 is humbling, Conlan insists he is not getting carried away and certainly doesn’t anticipate the same numbers travelling to all of his fights, especially with him being based in the USA for most of his early bouts that are planned to come thick and fast.

“I know that not all of these people are going to travel to all of my fights, but this is a great excuse for them to head to New York on St Patrick’s Day,” he added.

“I’m not getting big headed thinking I am doing massive numbers, but this is really an excuse for people to get over to New York that weekend and watch the fight.

“I’m not expecting that every time, but I will build a bit of a fan base in time. We’ll just get this fight out of the way and see how things start rolling after that.”

Of course, the aim for Conlan is to win world titles and given his quite remarkable skill-set, it is certainly not a pipe dream for a man who secured world honours as an amateur. One Belfast man who is on the cusp of his first title shot is Ryan Burnett who could fight for a bantamweight title in Belfast as early as spring.

Conlan’s name was mentioned by Burnett’s promoter, Eddie Hearn when potential undercard fighters to that headliner were discussed in an interview, but he believes it will be later in the year before he appears in his home city.

“If Burnett was fighting here (Belfast) maybe in October that would suit me better,” he admitted.

“After this one I would like to fight in Vegas and then we are back in MSG in June for Puerto Rican Day with Felix Verdejo (Puerto Rican lightweight who will top the bill).

“I will be off for July after that so maybe even September in Belfast would suit as I would love to fight in Belfast on a home show, especially on Sky Sports.

“Ryan will be fighting for a world title and if he wins, then he will be bringing more shows back for the boys at home.

“I know that would be great to have a big undercard of Irish fighters there.”

The dream for fighters is to appear on the blockbuster cards in the United States and Conlan is no different.

He was present at the T-Mobile Arena in Las Vegas last month for the Andre Ward v Sergei Kovalev light-heavyweight showdown and the occasion certainly whetted the appetite.

While he acknowledges that topping the bill in Madison Square Garden on his debut is the stuff of dreams, doing likewise in Vegas in his second outing may not materialise although should the offer be made, there would only be one response.

“I wouldn’t be headlining so soon in Vegas because there are so many big draws there with Mexicans and Mayweather fighters, but if Top Rank wanted to do that I would be happy.

“You never know because I didn’t think I would be topping the bill in New York on my debut, but if that’s the way they want me to go I would be more than happy to do it.”