OPINION - JUDE COLLINS: A rule of thumb for judging whether statues should stand or fall 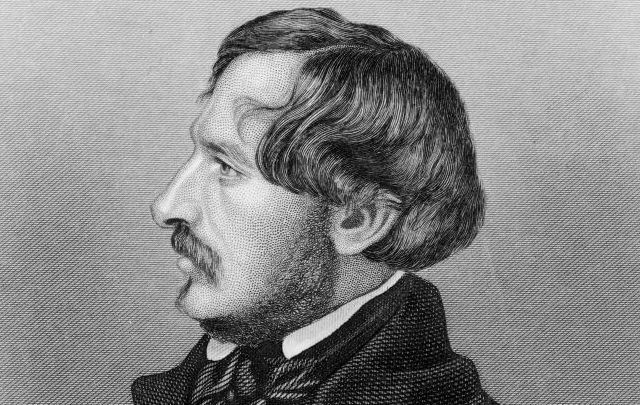 PRISON JOURNAL: John Mitchell was both a famous Irish patriot and an inveterate racist.
Here, guess who said this: “We deny that it is a crime, or a wrong, or even a peccadillo to hold slaves, to buy slaves, to keep slaves to their work by flogging or other needful correction. We wish we had a good plantation well-stocked with healthy negroes in Alabama.”

Right first time: John Mitchel, editor of The United Irishman and other newspapers, author of the famous Jail Journal, the man who reminded the world that “…the Almighty, indeed, sent the potato blight, but the English created the Famine.”

There is a statue erected to John Mitchel in Newry, where he was reared, and a park named after him in Dungiven, near which he was born.

Many GAA clubs carry his name, and so do people like the Sinn Féin veteran Mitchel McLaughlin.

John Mitchell is an Irish hero but an American villan. Seen as the @officialgaa is an association established to revive Gaelic culture, clubs should maintain having the name of John Mitchell if they want.#dontleavemechallenge

As for Indians: “I hate Indians…they are beastly people with a beastly religion.” Palestinians he regarded as “barbaric hordes who ate little but camel dung”. Churchill saw anyone who baulked at the idea of “using poisonous gas against uncivilised tribes” as “squeamish”.

Most famously,  Churchill was complicit in the murder of over three million Indians through refusing provision to a starving people. When he was told that Indians were dying by the tens of thousands, his response was “Why hasn’t Gandhi died yet?” What’s more, the Indian famine was caused by the Indians because they insisted on “breeding like rabbits”.

So should the statues of Churchill and Mitchel be taken down? Both are clearly racist – they saw people with a different skin colour as inferior. I don’t think anybody disputes that.

As an Irishman, I too acknowledge our patriots who litter the pages of Irish history like John Mitchell who contributed much to the struggle for Irish freedom but I refuse to honour his statue in Newry knowing that he had strong beliefs that black people were innately inferior!

So which is it? Thumbs up or thumbs down? Probably thumbs down, if you judge the past by the moral standards of today.

If we say racism trumps every other quality Mitchel may have had, we’d have to say the same for all the men who fought for or supported the Confederate side. Their wives and families, the deck-hands who helped transport black people in chains from Africa, those who helped unload them when they arrived there, those who arranged the transport from ship to plantations – all would be  judged evil.

And when we judge  Churchill, we must factor in his leadership of the British people. There is no doubt that his wartime radio broadcasts were an inspiration to the British, and without him national morale might have crumpled.

What about promiscuousness? Should we reject John F Kennedy because he couldn’t keep his trousers on? Or Bill Clinton? Or Charles Stewart Parnell? Or Roger Casement?

The central danger is that we’ll judge the past by standards developed in a later age.

Of course racism was and is a warped view of the world. But if we’d lived back then, we’d have found it a lot easier to see it as a reasonable option.

Of course being racist is stupid as well as morally reprehensible. But it doesn’t mean we shouldn’t honour the good things that these same racists did, or ignore all other vices. The trouble with people is that they don’t come in neatly labelled packages, they come as untidy parcels, with virtue jutting out at one end, vice at the other.

A rule of thumb for judging statues: if it’s been erected to honour the goodness or even greatness in a man or woman, leave it alone.