OPINION: Priti Patel More British than the Old Guard in her treatment of refugees 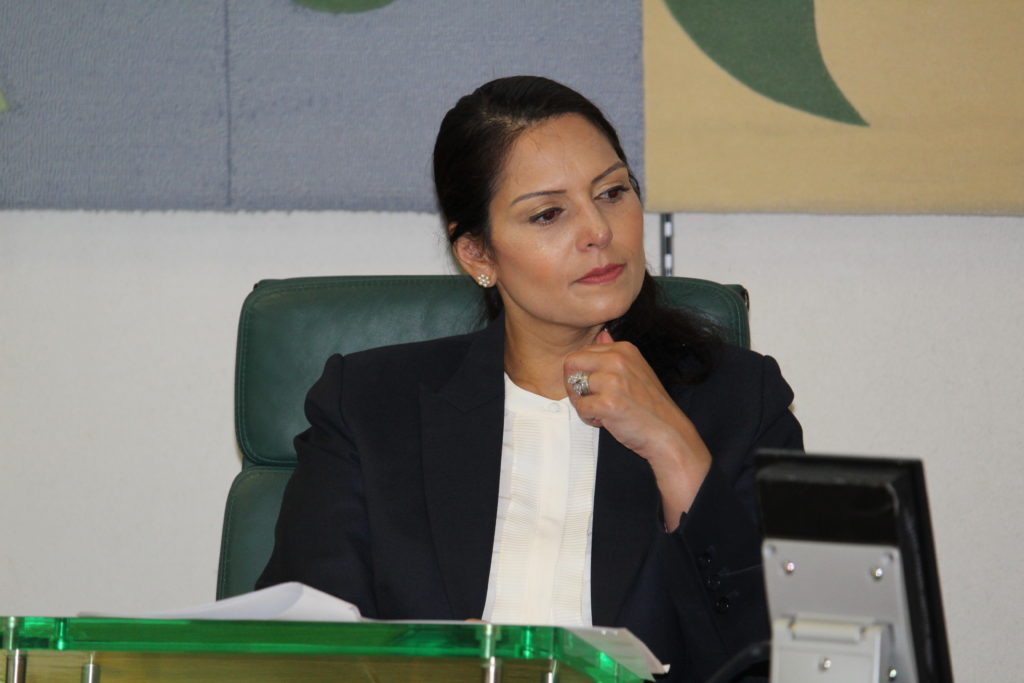 HONESTLY, I can’t find anything decent to write about the Tory Home Secretary Priti Patel. She is the daughter of Ugandan refugees. Idi Amin expelled Ugandan Asians in the early 1970s and in that bigoted policy, Patel’s Gujarati Indian parents hurried outbound to London.

When the family arrived in Britain, the so-called mother country had already debated the East African crisis. At Westminster, some MPs were openly demanding a halt to the ‘swamping’ of the country by Ugandan Asians. Mother nature, common sense perhaps, resisted some of the angry protests by Nazi types in the streets of London who did not want any more “Indians in our backyard.” Over forty one years later, Patel, a daughter of refugees, regulates the entry of migrants, even desperate refugee children from an overcrowded camp in Greece that is threatened by the deadly Corona virus.

Only a few months ago Patel admitted that under her new immigration laws, her own family would not have been allowed into the UK during Amin’s mass deportation of Asians. She had the cheek to be clever about it by forcing a line that her parents were not migrant workers but people fleeing persecution. If that’s how she wants to justify her new harsh proposals of preventing people from travelling to her parents’ adopted country, why then can’t she understood the plight of the refugee sharing protocols of the European nations? Does she want to be more British than the old guard? Honestly, what’s her point? Coronavirus knows no boundaries.

The other woman I would like to say another word or two about is my mother: thanks for being able to predict this. Call me mama's boy if you like, we have to connect that story I left hanging last week. I promised to finish the story. In Africa, generally tailors are given the honour they deserve, it is still one of the few skilled informal businesses that earns you a liveable income.

I forgot to mention after I earned a telling off that there are as many male machinists as women. I knew one we called Jalegio based in the Kondele area of Kisumu city and Japolo, the man whose CV would read something like, the five-star ironing service provide. When he stitched or ironed your creased clothes, you had to give him a handsome sum. Fortunately we didn’t have to, his shop was his ironing board outside my mother’s shop. Mama Vicky told me why she never made men’s shirts, trousers and other gentleman’s wear. Men don’t spend on clothes, of course, our money goes to other things, she says; we are used to donning the same pair of jeans or khaki forever. A new or second-hand nguo, cloth, is a woman’s church and God lives there. I am quoting Mama Vicky. A woman will eventually pay for her dress even on hire purchase. A man will forget that he once made an order for his suit, he will not remember his belongings at the drycleaners.

I don’t like to boast about what we did for Easter Sunday, which we view in this household as something pseudo-cultural rather than religious. The children don’t know much about Easter and Christmas, they know nobody is religious in our household but the teachers do that for us, they learn about religions there and landmark dates. Which is interesting this time because we are doing their school work with them and we can’t skip the biblical stories and comparative belief systems like Islam, Buddhism and Jewish dogma. It’s a very important period for adults that we all have to put aside our likes and dislikes, atheism, born-againism, radical, progressive notions so we can do the kids’ homework properly. There’s no hiding.

A Kenyan preacher made that announcement, the seasonal one that cult leaders use to wind up the impatient congregation. He warned all and sundry, and I bet he couldn’t say the same to his pet dogs or cat, that the world is coming to an end between April 12 and 14. You know what? This has left me high and dry, I nearly reached for a vodka which I never drink.

I told a few friends about this phantom, as if we don’t have enough in our midst. I imagine some believed him because they saw Mount Kenya some two hundred and twenty miles away from the capital. They are forgetting that on a clear day, here in Belfast we can also see the Isle of Man which is some eighty miles away, I think. There’s always some panic around the corner, the world is here to stay.

My utmost sincere condolences to all families who have lost their loved ones as a result of all ailments including the Coronavirus.

Elly Odhiambo is a freelance writer based in West Belfast.