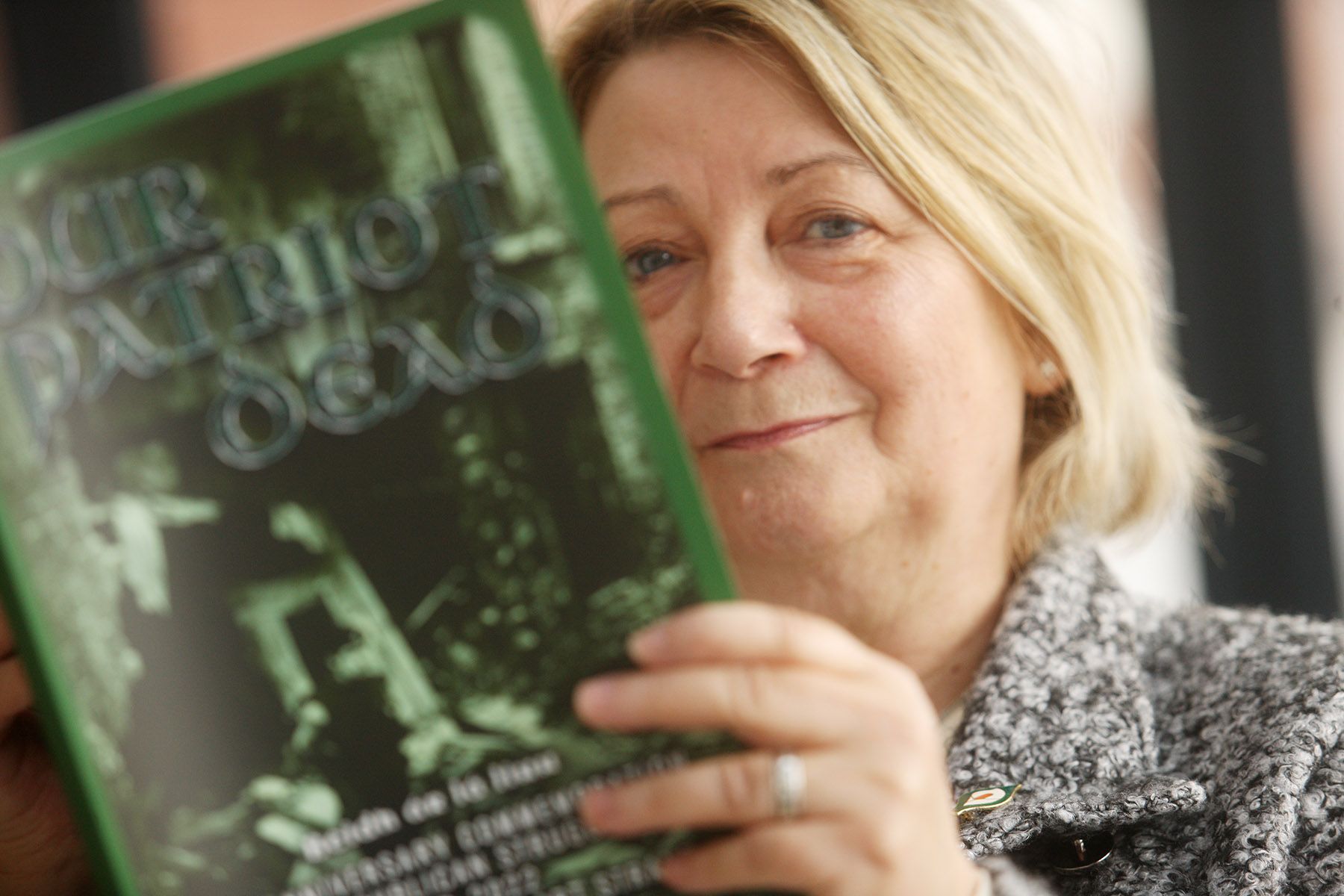 REMEMBRANCE: Ella McMahon with a copy of 'Our Patriot Dead'

THE deaths of eight IRA volunteers and four civilians from the Ballymacarrett and Short Strand areas are commemorated in the new book released to coincide with their 50th anniversaries.

Written by Sean O'Coinn, 'Our Patriot Dead' tells of the republican struggle in East Belfast's nationalist enclave through the tragic events that claimed the lives of 12 members of its community in 1972.

On 11 February that year, IRA Volunteers Gerard Steele, Joseph Magee, Robert Dorrian, and Gerard Bell, were killed when a bomb they were transporting exploded prematurely on the Knockbreda Road.

Author Sean O'Coinn said the book is an attempt to encapsulate the struggle of a community that bore the worst of loyalist and state violence.

"The Short Strand has always been steeped in republicanism," he said. "A lot of historical events took place in places like the Short Strand and Ardoyne.

"A recent example is the morning of Internment in 1971. If you look at the Belfast Telegraph it said that some of the worst conflict was in the Short Strand. You had the bus depots and the factories, which never employed a Catholic, so they were immediate targets."

He said official histories of the conflict often involved significant "revisionism" aimed to changing the narrative "for the wrong reasons".

"I'm trying to encourage communities to take empowerment of their own history.

"A lot of the history of the recent conflict was written by journalists from outside the country and academics. That's all well and good, but I always believed that history belongs to the people, because it's those people who make history."

Sean spoke of the importance of moving on from our troubled past, but said understanding history is a key factor in doing so.

"History is there to be learned from, and you have to write your history warts and all," he said. "History is like everything else you can learn from it or you can abuse it."

He said 2022 would be a "year of commemorations" marking 50 years since 1972 – the bloodiest year of the conflict.

"Even though it's 50 years they still deserve to be remembered," he said.

"I've started from Internment and worked my way up to 1972. You're building a picture. In February you had four volunteers killed, and then in another few months you'd another four volunteers killed. In the history of the conflict people might see that as a statistic of another eight people who died. In an area like the Short Strand that runs deep. You're not just talking about eight volunteers, you're talking about eight parishioners, and it's a way of showing the impact on that community."

Ella McMahon, whose brother Gerard Joseph Fitzsimons was amongst the volunteers killed, said: "It's nice to see a remembrance book being written about the area".

Her brother was a keen accordian player, "a nuisance", she smiled, and a "republican through and through".

Reflecting on upcoming anniversaries she said: "We all need to heal, Protestants and Catholics, and we need to move on. But we need to recognise that there are families who are hurting. It will always be there and it will never be forgotten."

'Or Patriot Dead' is available at An Fhuiseog and An Ceathrú Póilí bookshops.