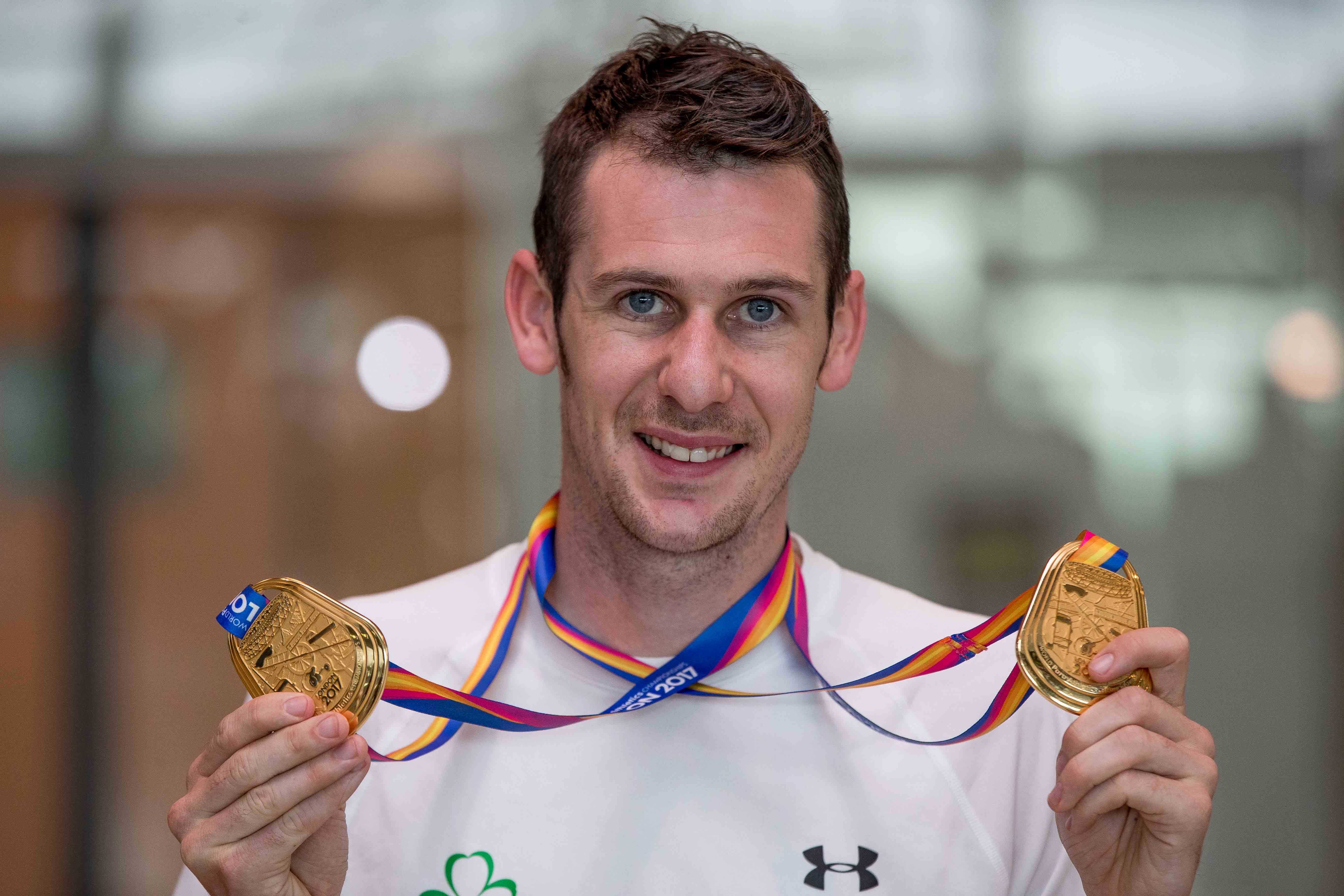 IT is the end of an era as Irish Paralympic legend Michael McKillop announced his retirement from competitive Paralympic sport yesterday.

The North Belfast Harrier enjoyed a glittering carer where he became an undisputed great, breaking through at the 2006 World Championships when winning gold in the 800m.

There was further World Championships' success in Christchurch in 2011 and then he completed another 800m and 1500m double in Doha four years later and again in London in 2017, while claiming double gold at the 2014 European Championships.

However, his 13-year unbeaten run came to an end at the 2019 World Championships having spent a year sidelined with injury and while he did claim a European silver in June, at this summer's Paralympic Games in Tokyo, he finished eighth in the T38 1500m final.

After that race, an emotional McKillop suggested he would consider his future and yesterday, he confirmed that he was hanging up his spikes.

"With a smile on my face and tears in my eyes I would like to announce my retirement from competitive Paralympic athletics," he said in a statement.

"I knew this day would come at some stage, but it's a day I never wanted to arrive.

"After some time off since Tokyo 2020, a lot of thinking and meeting with officials at Sport Ireland it really started to hit home that it was time to call it a day.

"I have some amazing memories to take away. From competing at my first European Championships back in 2005 aged 15 to Tokyo 2020 aged 31. I'm so fortunate to have had such an amazing carer within the sport I love and this has been one of the hardest decisions I've had to make.

"I believe that announcing my retirement today is the right thing to do. I've always said I wanted to compete and be competitive at the highest level in sport for the island of Ireland (and) I feel like I've done that over the last 16 years."

As one chapter closes, another opens.

The history books should say he was one of Ireland's finest athletes.

We look forward to many runs with you in the years ahead Mick. https://t.co/Opz5rS5fVt

McKillop paid tribute to his wife and parent who he said have offered unconditional support throughout his career and said he would not have reached the heights he did without their encouragement over the years.

"I want to say a massive thank you to my family, especially my wonderful wife and incredible team who have spent so much of their time supporting me and allowing me to achieve my dreams," he continued.

"Also a huge thank you to all those people who have supported and followed my journey over the years.

"But lastly a special mention to my parents. Without them this dream couldn't have happened. From a young age they believed in me and gave me the opportunity to try.

"Having a child diagnosed with a disability is any parent's worst nightmare. They gave me the courage to embrace my differences, encouraging me to use them to my advantage. These differences allowed me to dream of becoming an international runner one day, something I took full advantage of over the last 16 years.

"They have given me the platform to become an accomplished athlete on the world stage, helping my dreams come true.

"I am happily running away from competitive Paralympic sport knowing that I gave it my all."

Speaking about the retirement of Michael McKillop Paralympics Ireland CEO, Miriam Malone said: “Michael McKillop will forever be remembered as one of the greatest athletes of all time on the track and a true trailblazer for Paralympic sport off the track.

"Michael’s stature in Paralympic sport was perfectly illustrated by the reaction of his fellow athletes at the finish line of the Tokyo 2020 Paralympic Games.

"Everyone involved with Paralympic Sport would like to thank Michael for what he has done for Paralympic sport, we would like to congratulate him on an incredible career and wish him all of the best in the future.”