Peden hoping McDonagh success can inspire the next generation 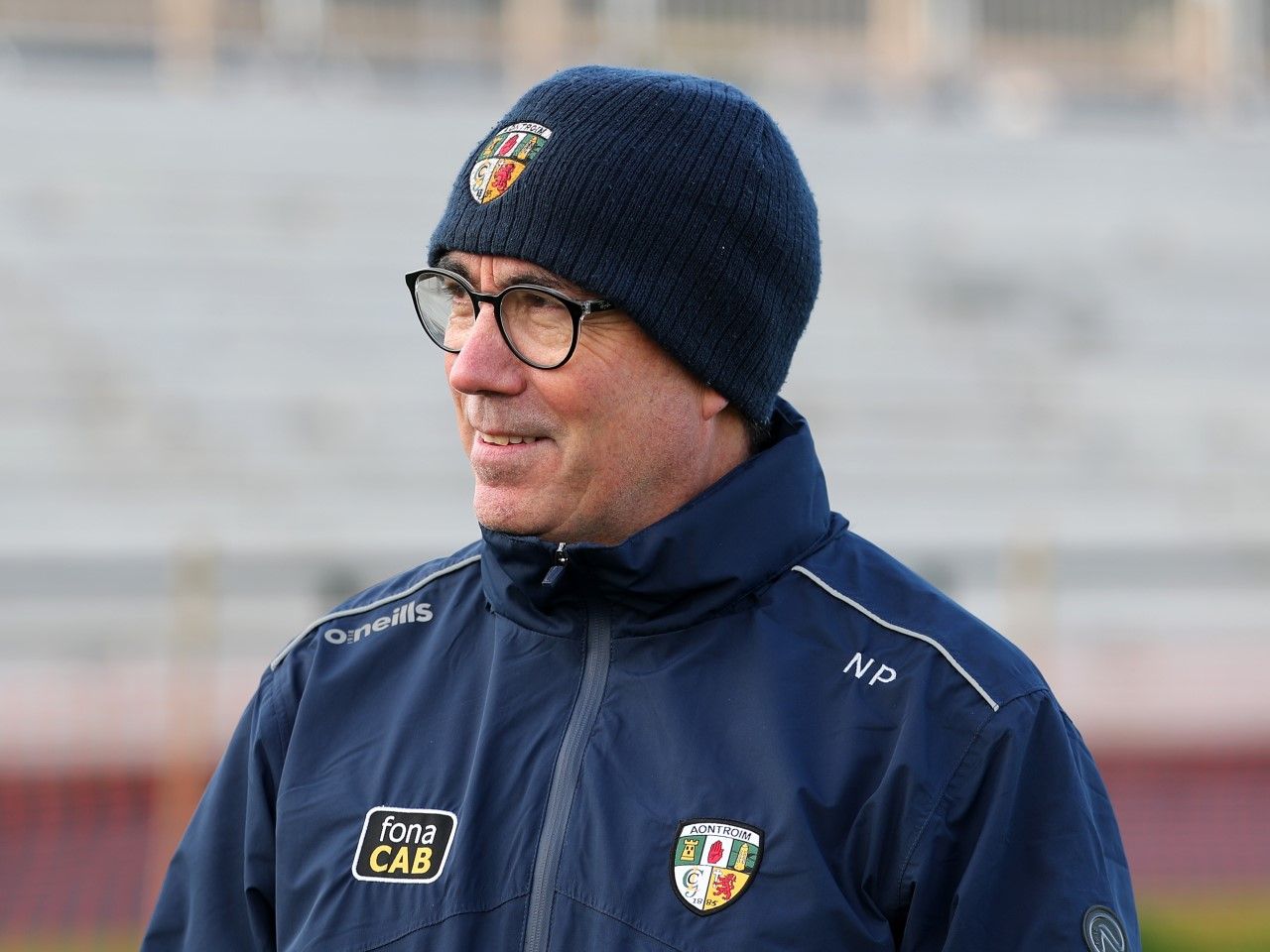 NOTHING breeds success like success and that is what Antrim's Director of Hurling Neal Peden is hoping for as the Saffrons get ready to tangle with Kerry on Sunday.

Last year, the St John's man wore the bainisteoir bib, but has since moved onto a new role to help develop up-and-coming talent within the county.

Antrim have produced good minor teams over the years, but not consistently so the task for development is to ensure that once players reach senior, they are ready to contribute immediately.

A conveyor belt of talent is a must of Antrim want to push forward and Peden is the man tasked to oversee this new approach to ensuring hurling and athletic ability go hand-in-hand for young players.

“Darren (Gleeson) can improve our seniors, but we have an U17 squad and an U20 squad so we have to bridge that gap,” he insists.

“We have young lads who need to be introduced from an early age like Dublin have done and the other top teams like Limerick, Tipp, where they are developed at an early age.

“Antrim is full of great hurlers but we have to develop the athlete now. When they come out of U20s, they are virtually senior hurlers so instead of having to develop another four-year (senior) plan, that's what I'm trying to do - improve us from U17 level right the way through so there are two or three coming in each year, ready and developed fully.”

To compete at minor level, a huge aspect is for Antrim's schools to also be competitive as this grade is of vital importance in the development of a player right the way through to minor.

Gaelfast has made inroads at Primary School level and above, but it's during the teenage years when young players need to start making strides in their personal development.

Even for those who may to make the cut as a senior inter-county hurler, their development in terms of conditioning and skill at school and up to minor level will feed back into the clubs Peden suggests and this can help raise the bar across there board in Antrim.

“The shop window is our senior team but the young player has to look up to them and we have to use the schools so when we get them there, we develop the athlete and they will be better for the schools also,” he explains.

“When they come back to the clubs they are better hurlers too, so that's what we are looking to.

“When they go off to the county set-up they become a better athlete, a better hurler and come back much more ready and developed to play senior hurling for the club and that helps the clubs.

“With the schools, if we can develop them from 17 then that will make inroads in the targeted schools for Mageean and Casement Cup teams because our links haven't been as good as the should be.

“Gaelfast is developing at that edge in the schools and we are hoping to bring that through. That's part of the vision so when Antrim get up to the level we are, then we stay there and produce the best hurlers we can.”

An Antrim win on Sunday will inspire the next generation and prove to them that with the right approach, it is possible to lift silverware for the city and go onto face the top teams.

There is no doubt that Antrim's Division One league campaign of 2018 saw bigger attendances than back in 2A in 2019, so staying in the top-flight and progressing enough to compete down the line will raise the desire to be involved as a player.

The 2020 squad have shown a unity off purpose but no less competition for places, southing that hasn't always been the case in Antrim, but once a player has been called upon they haven't been found wanting to make their own mark.

Peden singles out one player who has grabbed his chance with both hands and proved an invaluable asset throughout the campaign: “The strength this year has been the 32 players and the strength of the pack, not the individual.

“Nobody is on the pitch to fill numbers - they all want to deliver and put a mark down so they can play.

“Dan McCloskey is a great example as he has been phenomenal since he came on. He's not a key scorer but his contribution is phenomenal.

“I think if you watch our team, it's so exciting to watch and the players off the bench are exciting to watch. All we can do is keep the momentum on Sunday and concentrate on ourselves. If we do that, then hopefully the result will turn our way.”