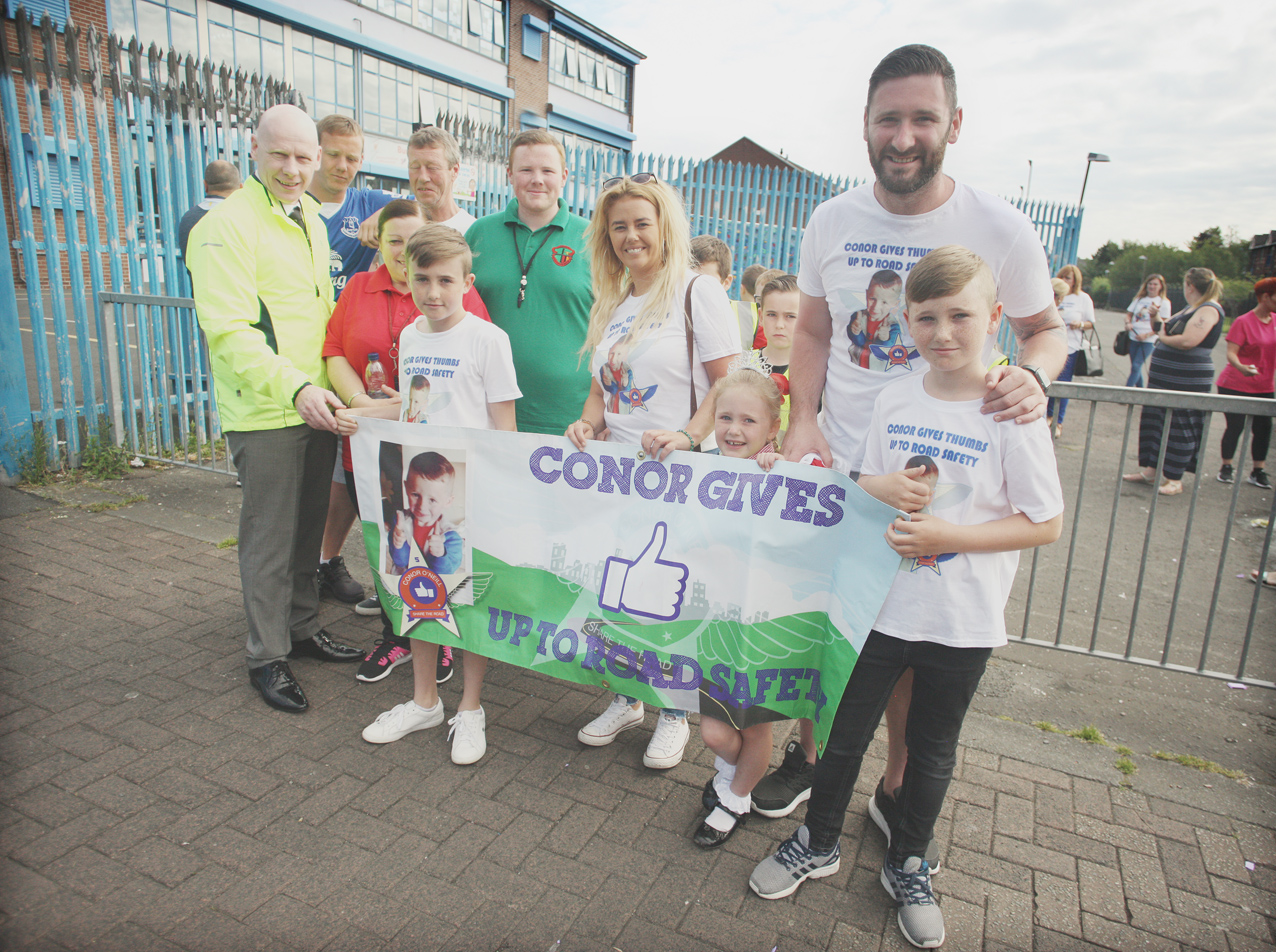 Pupils from Holy Cross Boys have taken to the streets of Ardoyne for the annual road safety walk to remember Conor O’Neill.

The 5-year-old died on June 11, 2014 when he was hit with a car as he cycled his bicycle close to his Rosehead home before going to class.

To commemorate Conor and to spread the road safety message, pupils from the school donned high-vis jackets and walked around Ardoyne.

Principal Kevin McArevey says the idea is to have a visual impact on drivers.

“This year’s walk went very, very well and put across the right message about road safety,” he said. “All 454 boys in the school took part and you could see drivers slowing down when they saw us, which is the message we want to put across.

“The campaign revolves around the ‘Three Ps’ – Pupils, Patience and Perseverance’. People ask what the perseverance means and we included that to ask drivers to persevere with their responsible driving. It’s easy to forget about road safety when you are driving home from work and your mind is on other things but you have to persevere with road safety in built-up areas.”

The walk culminated with the unveiling of a plaque made by the North Belfast Men’s Shed in the school’s nature garden in honour of Conor by his mother Ciara, dad Kevin, brother Kevin and sister Cara Rose.

Since his death, Conor’s parents along with the school have campaigned for improved road safety and in 2015 they won a Crash NI award for a video they made to drive the message home to young people.

Conor’s parents thanked everyone who came along to take part on Monday.

“This morning we had the Road Safety walk for our little angel Conor. Thanks to all the pupils and staff of Holy Cross Boys, Holy Cross Nursery and Holy Cross Girls for attending. Also to all our family and friends for making it a beautiful morning.

“We also had the unveiling of a plaque in memory of Conor in the nature garden of Holy Cross Boys. Thank you to the pupils who designed this and North Belfast Men's Shed.”