Principal of CBS on the plan that died 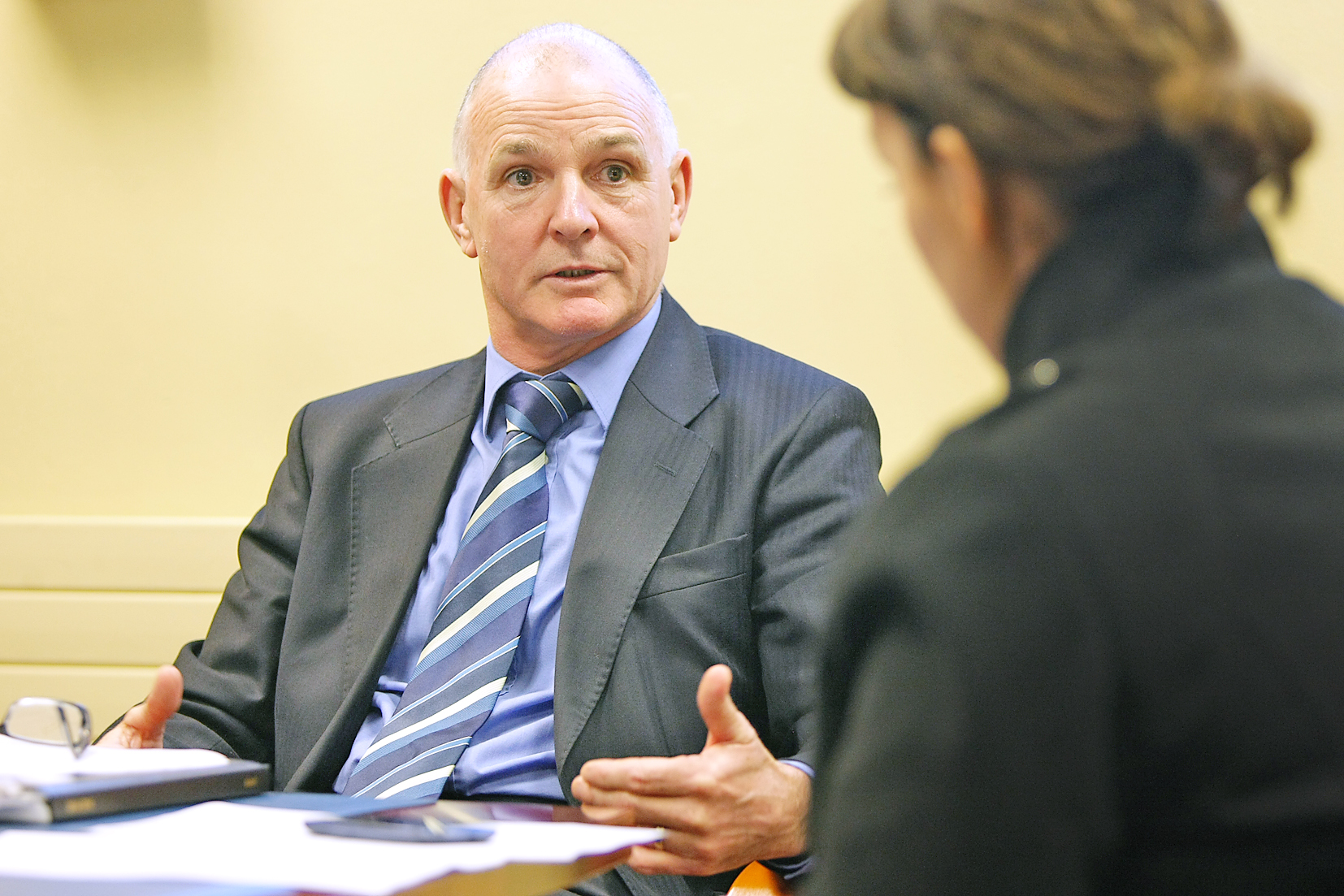 A great opportunity has been denied to the people of West Belfast, says CBS Principal Tom Armstrong as the dust settles after the shock decision to scrap the amalgamation of St Mary’s Christian Brothers’ Grammar School and CBS.
The Andersonstown News revealed in December how plans to merge the neighbouring Glen Road post-primaries were abandoned after the St Mary’s Board of Governors voted in favour of retaining academic selection. Explaining the decision at the time, new St Mary’s Principal John Martin said: “The Board of Governors believe that any change to our entrance criteria should be taken in the context of a general move away from academic selection by all of the Catholic grammar schools in Belfast.”
Speaking to the Andersonstown News this week, CBS Principal Tom Armstrong said the Board of Governors of CBS has taken time to consider their response to the public announcement that the development proposal to consolidate both Edmund Rice schools on the Glen Road into an all-ability school has been shelved by the management of St Mary’s Christian Brothers’ Grammar School.
Tom went on: “CBS is extremely disappointed, at this stage of a process that has taken many years of painstaking discussions and negotiations, that an announcement from St Mary’s could be made without prior consultation with their colleagues in the negotiation team to explain their position.
“Our main regret is that our community will now lose out on the potential of a new innovative school best placed to meet the needs of children of all abilities and address the demands of a future generation of young people in a new economic era; a school that would have a tailor-made curriculum designed to meet the needs of the pupils rather than pupils fitting into a curriculum design; a school which our community can be truly proud of.”
Tom said that after carefully considering the statements and comments from the Board of Governors of St Mary’s, “We feel the time is now appropriate to clarify some of the issues raised.” He added: “We are bewildered as to the reasons why St Mary’s have withdrawn from the existing proposal. To indicate that they are not prepared to make a decision to move from a system called ‘selection’ until other grammar schools end selection is misleading, as the data on St Mary’s current intake clearly indicate that they are already an all-ability school and would have benefitted greatly from the expertise of CBS staff – staff identified as ‘Outstanding’ by the Inspectorate in June 2014.
“Indeed, the actions of the St Mary’s Board of Governors now send out a clear message that the name ‘Grammar’ and the use of selection will act as their main recruitment strategy, rather than consideration of what is best for all the children of West Belfast.
“To publicly highlight the fact that the decision to withdraw from the proposal was based on their need to wait for other grammar schools to end selection is clearly at odds with the Edmund Rice ethos of leading educational change rather than waiting for others to make a first move. It is also relevant to point out that selection is also contrary to the Edmund Rice Charter, which seeks to promote social justice and equality for all.”
Tom spoke of how initially CBS saw the proposal as “a great opportunity to lead other schools into a new educational era – one that would benefit all the pupils in West Belfast and change the community perception of St Mary’s and stop the haemorrhaging of pupils to other grammar schools in North and South Belfast.”

Expansion
He continued: “CBS, willingly and in good faith, entered this process as part of the area-based plans and we agreed with the initial ERST [Edmund Rice Schools Trust] proposal for the integration and consolidation of the skills set and expertise of pupils and staff from both schools into an all-ability school. At no time did we agree to the expansion of an existing grammar school.
“At all of the consultations with our stakeholders, concerns were expressed by parents, pupils, staff and the wider community about the ability or intent of St Mary’s management to make the necessary changes to accommodate a wider range of abilities in line with the strategic objectives of the proposal.
“It has always been our position that all that was good in both schools – such as teachers’ expertise, an innovative, successful curriculum – could be used to offer all our children from West Belfast the best educational opportunities of both schools and not simply be used as an attempt to provide a case for the expansion of St Mary’s as a selective grammar school, nor to promote their case for a new school building.”
Tom said that the CBS Board of Governors, staff and parents feel let down by the process and that questions needed to be answered and lessons learned by those who have the power to make the necessary changes – the Catholic Church, the Council for Catholic Maintained Schools (CCMS) and the Department of Education (DENI) – “in this process of creating a future educational provision, which is inclusive for all children.”
He revealed: “My Board, staff and parents feel exasperated and disappointed that we have been put in this position where dedicated teachers, classroom assistants, parents and pupils have been placed on an emotional rollercoaster by those in authority who were not prepared to challenge the power base of a grammar school. This debacle has presented many questions and issues for those in authority which, no doubt, they may be able to rationalise. As a Board of Governors it is our responsibility to pose some relevant questions for future considerations. Where is the leadership of the Catholic Church? Why are they not challenging the power of grammar schools that are obstructing change for the majority of our flock by maintaining an unjust system called selection that is neither morally nor professionally valid and certainly in contradiction of the teachings of our Church and their authority?
“What is the position of CCMS? When you consider area-based planning, why would you enter a process that would see outstanding non-selective schools, staff and pupils sacrificed at the behest of grammar schools? When you review how this proposal was ended, we would question who the controlling power is and, of more concern, who will make the final decision for any future proposals based on area-based planning?
“While acknowledging the historical role of grammar schools, especially within Catholic education, the Department of Education must now identify specific criteria, to be strictly adhered to by all grammar schools if their selective grammar school status is to be maintained.”
Tom confirmed that CBS was never up for closure, “other than in name only” to allow for the development of a new type of school “fit for purpose for a future generation.”
“CBS remains the only boys’ post-primary school to have attained ‘Outstanding’ status from the Education and Training Inspectorate in June last year and, as such, CBS will forge ahead and seek to expand in all areas of the curriculum. We will remain the centre of innovation on the Glen Road for our pupils.”