PRO14: Pride at stake as Ulster prepare for Dragons clash 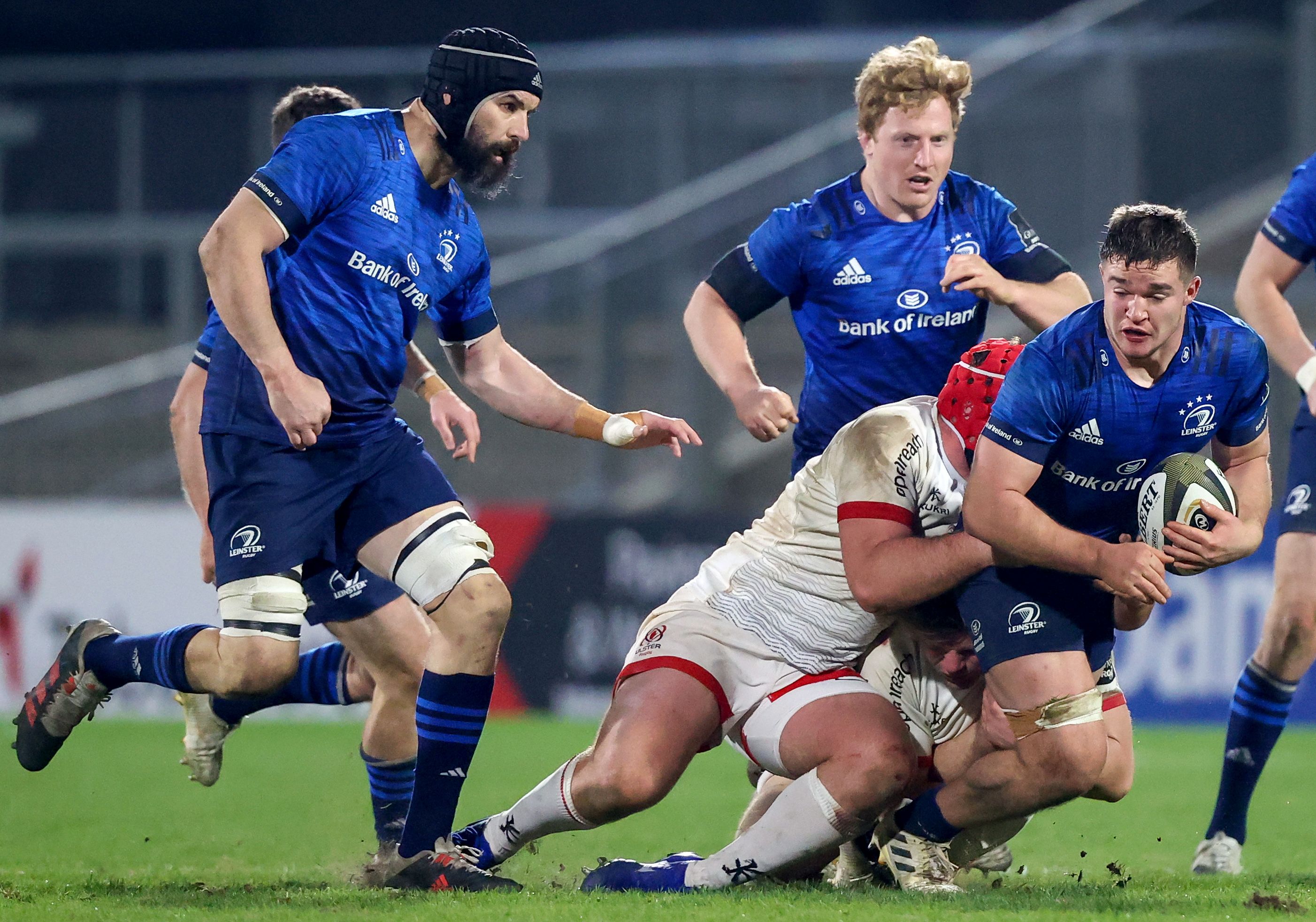 Despite the disappointment of last week's loss, Ulster intend to keep building towards next month's European Challenge Cup tie against Harlequins INPHO

WITH their PRO14 fate now sealed, Ulster will travel to the Principality Stadium to face Dragons knowing they have little but pride to play for (Saturday, 7.35pm kick-off, live on Premier Sport and Eir Sport).

Last Saturday’s 38-19 home defeat to Leinster confirmed they will finish in second place with the defending champions going onto contest west another final.

It is not the scenario Ulster had hoped to be in, but with the PRO14 dispensing with the playoffs this season and the top team in each conference contesting the final, it leaves them sitting with a couple of games to effectively use as preparation for the remaining competitions that begin next month.

However, this does not mean they will be taking their foot off the gas as the games are still there to be won and players afforded the opportunity to stake their claim going forward.

“We’ve got two games left in a round robin and have nothing externally to gain from this,” McFarland accepts.

“In other words, we’ve qualified for Europe and the way the league is formatted, we can’t play in a playoff but there are obviously things to gain from the next two games, not least wearing the Ulster jersey.

“Whether you’re a player or a coach, we love match week and we’ll really enjoy that. There’s probably an opportunity for a couple of guys to come in and have a go. It really matters for us to win and we’ll be picking a side that we think can win.”

In any other year, that would guarantee a home quarter-final, but with no playoffs this season and the top two sides advancing into the final, there is little to play for in terms of the competition.

When the season was launched, it was decided to play a condensed season with a ‘Rainbow Cup’ involving four South African clubs to begin in April.

Given the travel restrictions due to Covid-19 variants, it is unclear whether that competition will proceed as planned or if it will be tweaked, but hindsight is a wonderful thing and the decision not to have the usual playoffs may have been premature.

Ulster currently sit on 54 points, which is only good enough for second place in Conference A, but the same tally held by Munster who have already secured top spot in Conference B and a place in the final.

The Ulster coach feels it is to the competition’s detriment that the usual playoffs are not to take place this year, but understands the rationale when the formula was drawn up for the 2020/21 season.

“It is really disappointing we’re at a stage of the season that we’ve earned second place in our conference but there are no playoff games,” he admitted.

“A lot of effort went into getting to that position. If this had always been the case where you played your conference and it (final) was top against top, that’s just the way it is. I don’t blame anyone here, but it’s just disappointing that we’ve played so well in the group stages, but it hasn’t earned us the opportunity to play a playoff game.

“I think a lot of fans of the league out there would say likewise. That is the bit everyone looks forward to, but just with the situation around the world and the commercial situation, we aren’t able to do that. It’s still disappointing for the players and me.”

There is still silverware to play for this year, regardless of what happens with the Rainbow Cup, as Ulster will return to European action in the first weekend of April.

That will be a Challenge Cup last 16 tie away to Harlequins, having dropped out of the Champions Cup with two losses in the games they played before the group stage was abandoned.

It is not the competition they want to be in, but it still represents an opportunity to go deep in a European competition and should they overcome a side they twice defeated in 2019, then they will be rewarded by another away day a week later against either Dragons or Northampton Saints.

“I think the Challenge Cup is exciting,” said McFarland.

“I have a lot of experience of playing in that competition and it will give us the chance to play playoff rugby. That is something we’re looking forward to.

“In terms of the Rainbow Cup, your guess is as good as mine as to what will be happening there.”