Set up to help families during the conflict, Quaker Cottage is set to close 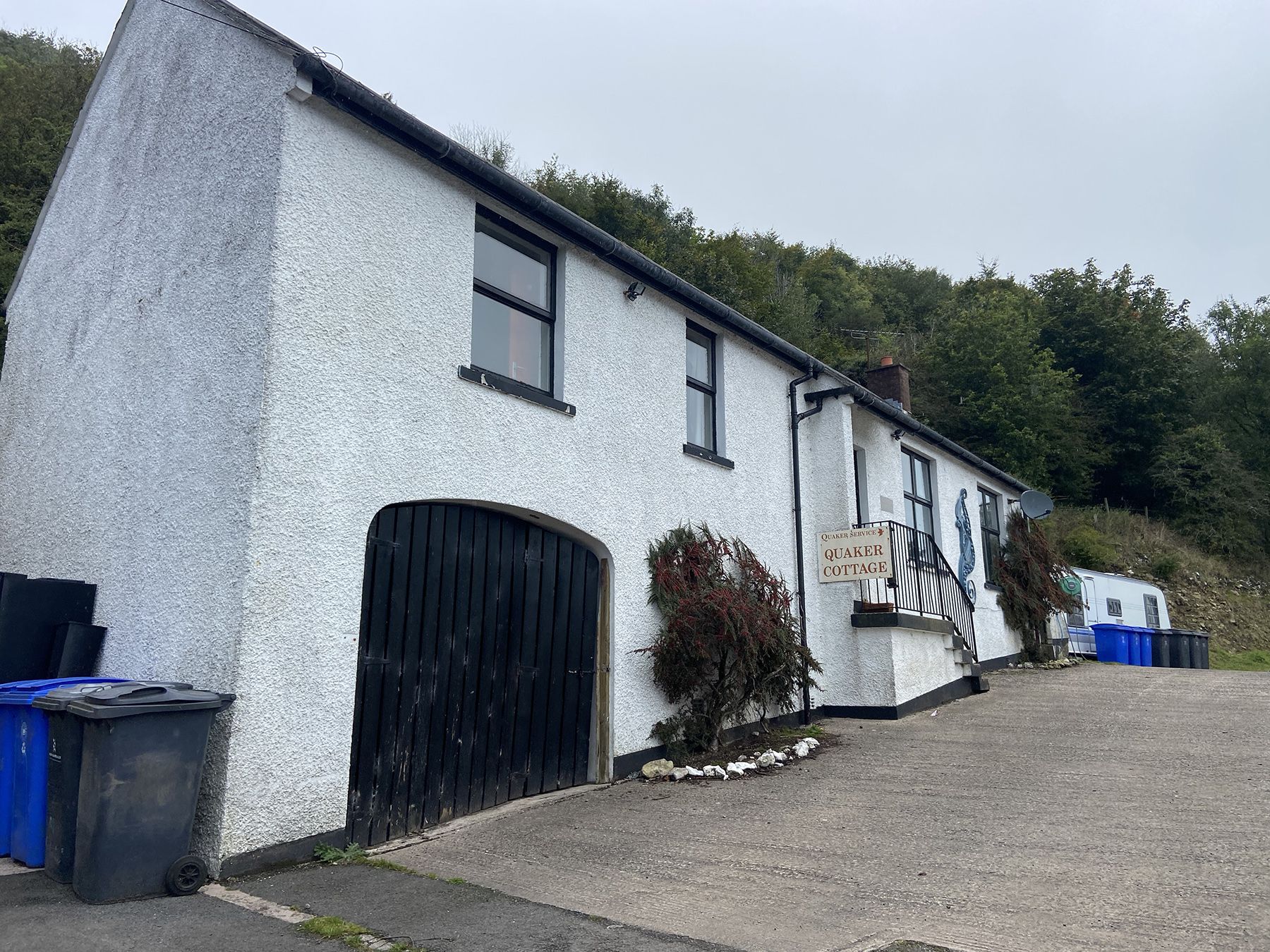 CLOSURE: Quaker Cottage is to close after 40 years due to a change in contract with the Health and Social Care Trust

THE Quaker Service have announced that they are to close their Quaker Cottage on Ballygomartin Road.

Opened in response to the violence in North and West Belfast during the Troubles, Quaker Cottage has served as a cross-community family support centre for the last 40 years. Over that time there has been enormous change in the environment in which they work.

In a lengthy statement, Elizabeth Dickson, Chair of the Quaker Service explained that they took the decision to close after a change in their contract with the Belfast Health and Social Care Trust.

“In March 2022, it was against this backdrop of change, as well as the upheaval caused by Covid-19, that the Belfast Health and Social Care Trust proposed a significant variation to the contract we had long held with them to support families at risk,” she said.

“The new contract involved a move away from group work based at the Cottage to individual home visits across Belfast for family support, effectively ending the use of the Cottage as our centre.

“We felt that this was not in keeping with our approach and were aware also that other agencies were already undertaking such work and were better resourced and staffed to do so. The Board and staff were in full agreement that we should not take up the contract and our highly valued association with the Trust, for the present, has come to an end.”

Elizabeth added that despite the conclusion of Trust funding in July 2022, they made a commitment to completing the work with the three groups of women and their children who had already embarked upon the programme at the Cottage and will do so by December of this year.

“Staff worked with external facilitators over the summer to explore ways to reconfigure the existing programme. The Board also set aside a significant sum of money from reserves to meet the immediate funding shortfall and steps were taken to save costs across the charity,” she continued.

“However, the last months have seen our projected deficit rise sharply amidst a lack of certainty over the future of the family programme and, looking ahead to the next financial year, there is no funding secured to replace what has been lost.

“It is with sadness that we have concluded that the model for our family programme is no longer sustainable and that this work at the Cottage should be laid down in December.”

Elizabeth said that the service is keenly aware of the direct impact that this decision will have on their staff at the Cottage who have “worked with such dedication over the years”.

“We appreciate too the sense of loss there will be in the local community amongst all the families for whom the ‘Quakers’ have been such a source of care and support,” she added.

“Yet for all those who have been involved with the Cottage over the last 40 years and who have supported it so generously there is much to celebrate in all that has been achieved.

“Just as the loss of the contract to run the Visitors’ Centre at Maghaberry in 2016 led to new work in the criminal justice system through our Quaker Connections project, so our focus now is on the opportunity to develop our service and to fulfil our vision of enabling positive change.

“We ask family and friends to uphold those whom these decisions impact upon and unsettle, and to support Quaker Service at this time of transition so that we can continue our work to ensure that justice, fairness, and opportunity are experienced equally by everyone in our community.”

A Spokesperson for the Belfast Health and Social Care Trust said: "Belfast Trust regrets the closure of Quaker’s Cottage which has provided considerable specialist support to service users in our care.

"We fully appreciate the efforts of those at Quaker’s Service and the positive relationships we developed over a lengthy working partnership.

"Families in need of support will be signposted to other agencies, as has been the case since our Service Level Agreement with Quaker’s Service was mutually terminated in June 2022.

"We would like to thank Quaker’s Service for the work they have carried out over the last 15 years."