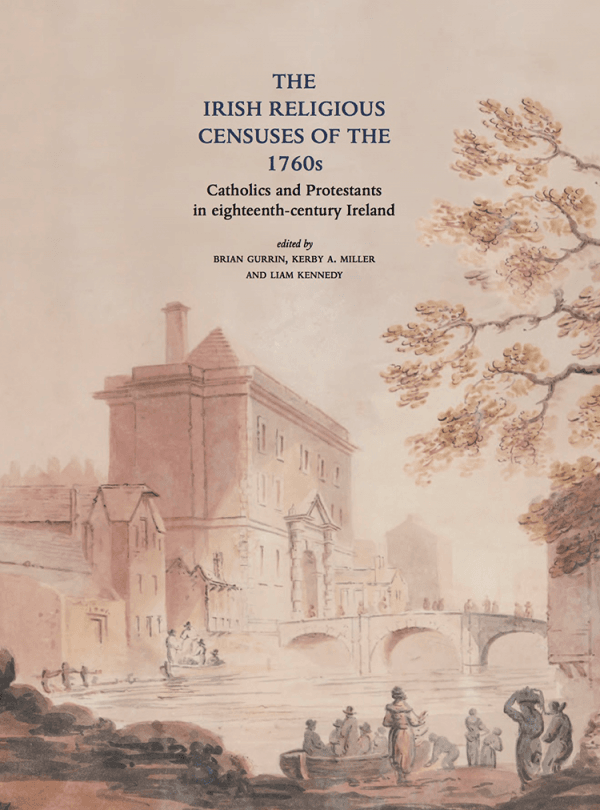 CENSUS: The new book looks at the data from the eighteenth century censuses

A QUEEN'S University academic, who specialises in Irish political and religious demography, has released his latest book entitled 'Irish religious censuses of the 1760s: Catholics and Protestants in eighteenth-century Ireland'.

Ireland, Professor Liam Kennedy argues, occupies a less than enviable but by no means unique position among European countries in terms of the intensity and longevity of its ethno-religious conflicts. His new book traces ethno-religious balances at a detailed local level across Ireland and is illuminated by a series of county and parish maps.

These eighteenth century patterns set the groundwork for subsequent religious, ethnic and national conflicts. The new book explores for a much earlier time period, themes of ethno-religious difference that were present in his 'Unhappy the Land', which appeared in 2016, and was followed by 'Who Was Responsible for the Troubles? The Northern Ireland Conflict', which came out a few years later.

Professor Kennedy and his co-authors, Brian Gurrin and Kerby Miller, have been working on the eighteenth century volume, on and off, for the last ten years. It brings together a wealth of demographic and social data for more than 1,400 Irish parishes.

Talking about what we can learn about Irish history by exploring population data, Professor Liam Kennedy from the Institute of Irish Studies at Queen’s University, said: “What is striking is the slow but cumulative decline of Irish Protestants in southern Ireland, a ‘long retreat’ whose origins may be traced back to the second half of the 18th century. The big contrast here is with the north of Ireland where the resilience of the Protestant community is what stands out.

“The industrialisation of Ulster in the nineteenth century is part of the explanation. However, history is always on the move, and I expect the 2021 Census to reveal near equality between the two large denominational blocs within Northern Ireland.

"The interesting thing – and this mirrors what happened in last week’s Assembly elections – is that both Catholics and Protestants will be in a minority position now and for the foreseeable future.”

An attractive feature of the book is that it contains colour distribution maps for each county, thereby providing a wealth of parish-level demographic and social information for late eighteenth-century Ireland that may then be related to later population trends as tracked by the decennial population censuses.

Professor Kennedy added: “Like Quebec, Catalonia, Israel, even Ukraine, the politics of demography is forever changing and forever fascinating.”