Rainey at the double for Aquinas 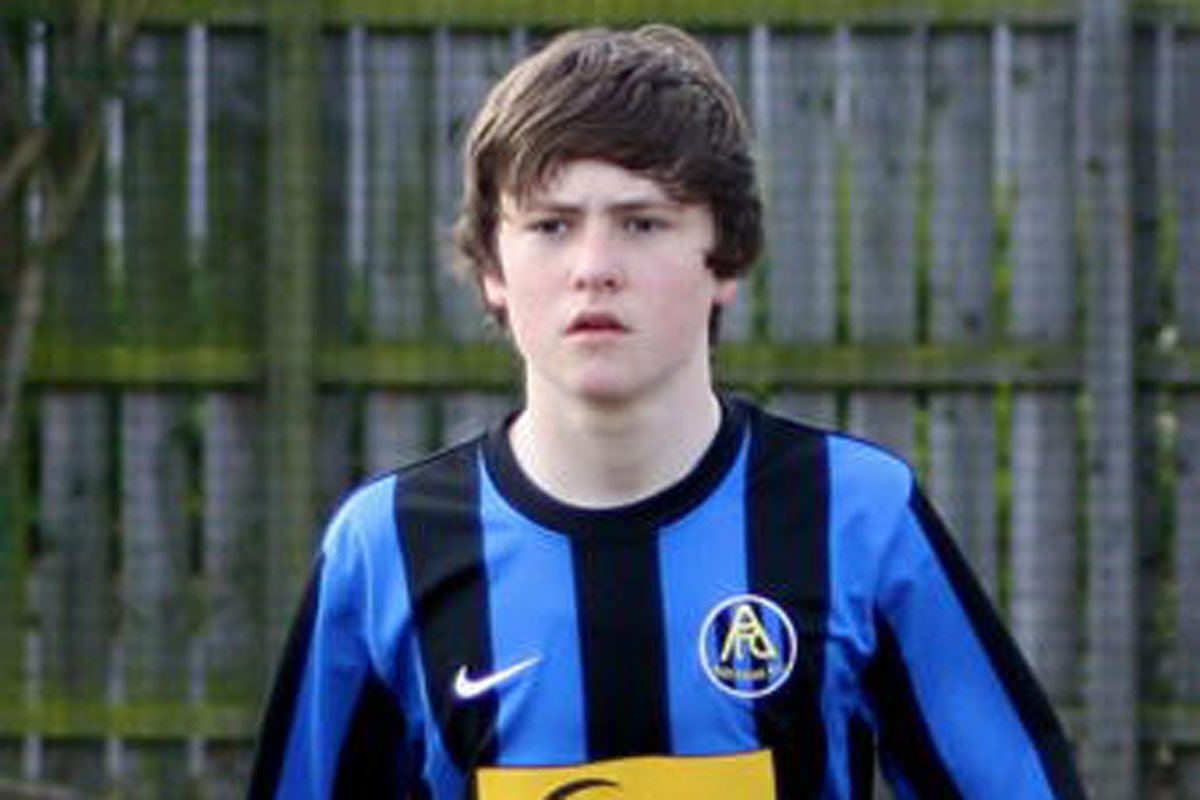 After a couple of below par performances in recent weeks, Aquinas got their groove back at Wedderburn on Saturday morning against a plucky Dunmurry side who are beginning to find their feet in this very competitive South Belfast Youth League.

The Blue ‘n’ Blacks flew out of the traps with fit again Paddy O’Boyle looking back to his old self as the target man.

He was instrumental in the opener on three minutes when he latched on to a delightfully clipped pass from Peter Morgan to surge past two defenders and tee up Dan Rainey who expertly slid the ball home at the far post.

This bright opening set the tone for a match that Aquinas dominated in terms of both possession and territory.

Niall McCourt, up from the back, fired just over from a half-cleared corner and Joe Cunnane stung the keeper’s fingers with a well struck effort from distance as Aquinas went for the jugular.

There was, therefore, an air of inevitability about the second when it arrived on 21 minutes from a well-flighted Matt Carson corner, which made its way in via the forehead of an unfortunate defender.

Ciaran Mohan’s huge work-rate was almost rewarded just on the half time whistle when his half volley drew the best from the home keeper.

The second half started in fairly spectacular fashion as debutant Tom Maguire blasted a screamer into the top corner from fully 30 yards with virtually his first touch for the club.

A stunning goal from a player who looks like he will prove to be a fine acquisition.

At the other end, Caolan Lynch’s superb reading of the game, and accurate distribution, ensured that keeper Kevin McGovern enjoyed one of his quieter days at the office.

Marauding left back Thomas Cafolla almost snapped the crossbar in two from distance on 60 minutes before ‘fox-in-the-box’ Conor Toner pounced on a loose ball in the goalmouth for the fourth.

O’Boyle’s endeavours throughout were rewarded late on when he coolly finished from 12 yards after great work from Hugh O’Connor but the final coat of gloss was left for man of the match Rainey to apply when his hunger to get in the box was spotted by Matt Hughes who delivered a perfectly measured pass to his left foot. The sumptuous finish to the bottom corner capped a fine performance from the resurgent Blue ‘n’ Blacks.