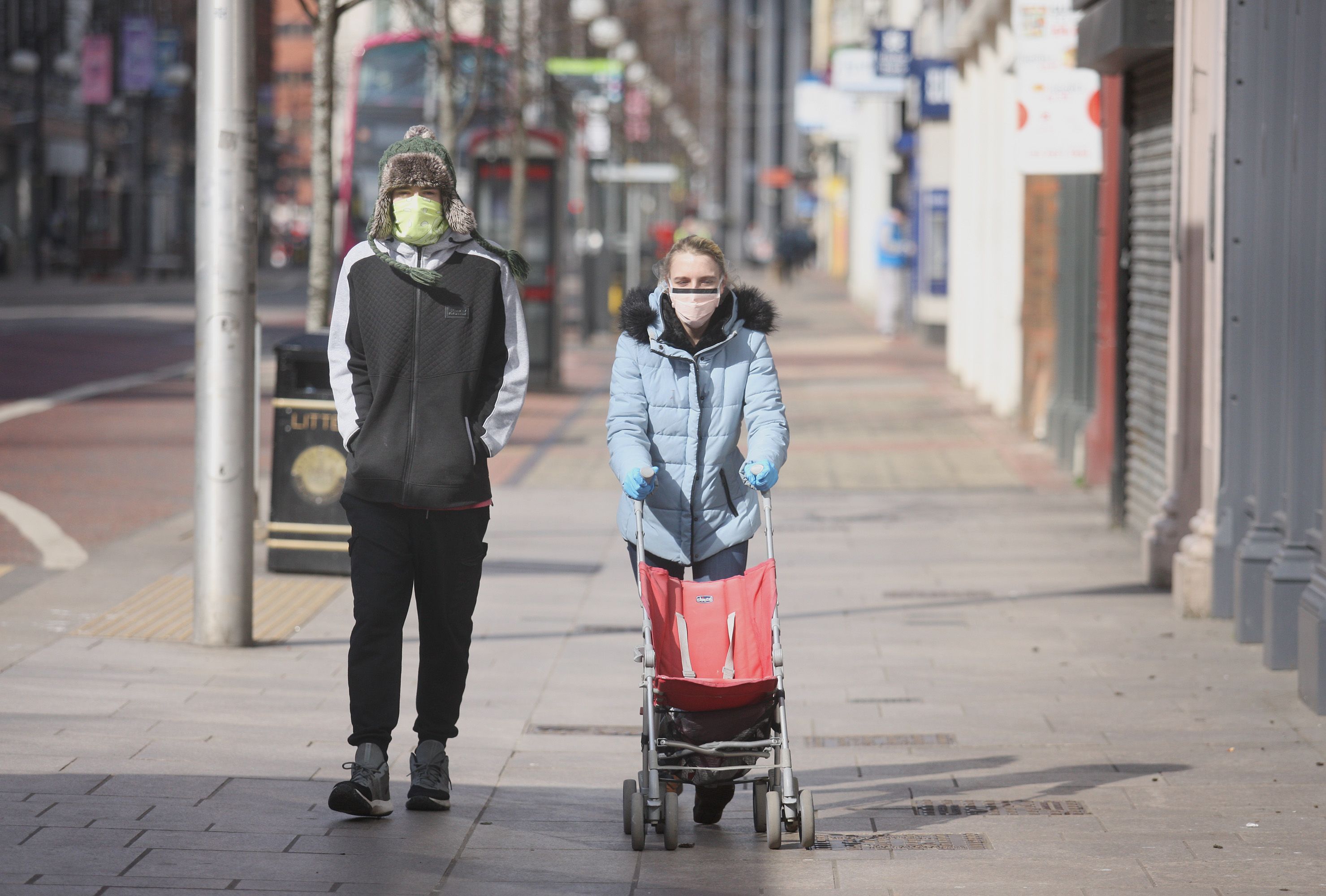 NEW NORMAL: Belfast during the first lockdown – "people have found the second harder"

Leo Varadkar made a speech last St Patrick’s Day. He was the Taoiseach then (seems a long time ago, doesn’t it?) and he started his speech with the words “Will any of us ever forget St Patrick’s Day 2020?”  He went on from there to talk about the dangers of Covid-19. In general it was an impressive and reassuring address – a bit like a doctor telling you the tough facts about your health but at the same time reassuring you, telling you the disease could be controlled and better days lay ahead.

Part of “Will any of us ever forget St Patrick’s Day 2020” was the way it implied – without saying – that by the next St Patrick’s Day this’ll all seem like a bad dream. So does that look the case now? Will we be back to normal and remember 2020 as the annus horribilis – the ghastly year?

Well, it’s not looking good. On Friday last it was reported that in the north of Ireland, there had been almost 700 deaths from Covid-19, In the south the death figures were 1,908.  And in both jurisdictions the figures were on the rise.

On Friday, I talked to a man in the south (via Zoom, Virginia, so stop shrieking) and he said he thought people were fed up following  the most recent lock-down instructions. That they’d been able to make the effort first time around, but this time they were finding it much harder to dip into the well of obedience and bring up a bucket of compliance.

When everyone around you is doing something, falling in line and acting likewise is the path of least resistance.

I have no reason to reject his diagnosis.  Most of us do what other people are doing. We wear a mask, we social distance – partly because we know these are sensible virus-fighting steps and partly because we don’t want to a look a right berk, the only one not masking or social distancing. When everyone around you is doing something, falling in line and acting likewise is the path of least resistance.

And then there’s the fact that we take our example where we find it. In recent days, the US has been highlighted, and President Trump has shown that he either doesn’t believe this fake news  about masks and social distancing or he doesn’t care. He’s too busy holding mass gatherings and pointing out a reporter from Fox News in the crowd who’s wearing a mask, shouting into the microphone “She’s being really politically correct!” Trump himself, of course, is maskless, which in my book is another good reason for wearing one.

The speed and the spread of the Coronavirus has been so swift and so worldwide, it’s hard to take in. Is this a nightmare we’ll all waken from, drenched in sweat and relief? Or is it a sobering plague to show us that our hold on our livelihood, our hold even on our lives, is tenuous?  No matter where in the world we live, Covid-19 has sought us out and ruptured health systems, destroyed jobs and taken lives. Even if we were to get out of this by Christmas (and no, Virginia, we won’t), there’ll be scores of businesses and thousands of workers who will be surveying wreckage that can’t be reassembled.

As things are at the time of writing, this plague is just going to keep on keeping on, while we scrabble around trying to dodge a lethal sentence and praying that, somehow, our jobs will be there at the end of all this, if there is an end.

But Covid’s not the only life-taker. In the south over the past week, there have been two sets of ghastly murders: one a man and his two grown-up sons, the other a mother and her two young children. There were all sorts of forces at work in both sets of killing, but almost certainly the limiting effect of Covid instructions contributed to both ghastly events.

That’s why we need real leadership – someone who’ll tell us clearly and openly what the death total is now and how it’s likely to look by if we all weigh and avoid stupid risks. Does Boris Johnson or Arlene Foster display those leadership qualities ? South of the border,  is Micheál Martin a reassuring figure as the the battleship of the economy and the rowing boat of your life head for the rocks?

And that’s not even taking into account Leo Varadkar passing a confidential document to an old chum, Brexit, and Trump.  Two words of friendly advice: Brace! Brace!