Nothing to celebrate: An alternative programme to mark 100 years of the Northern state 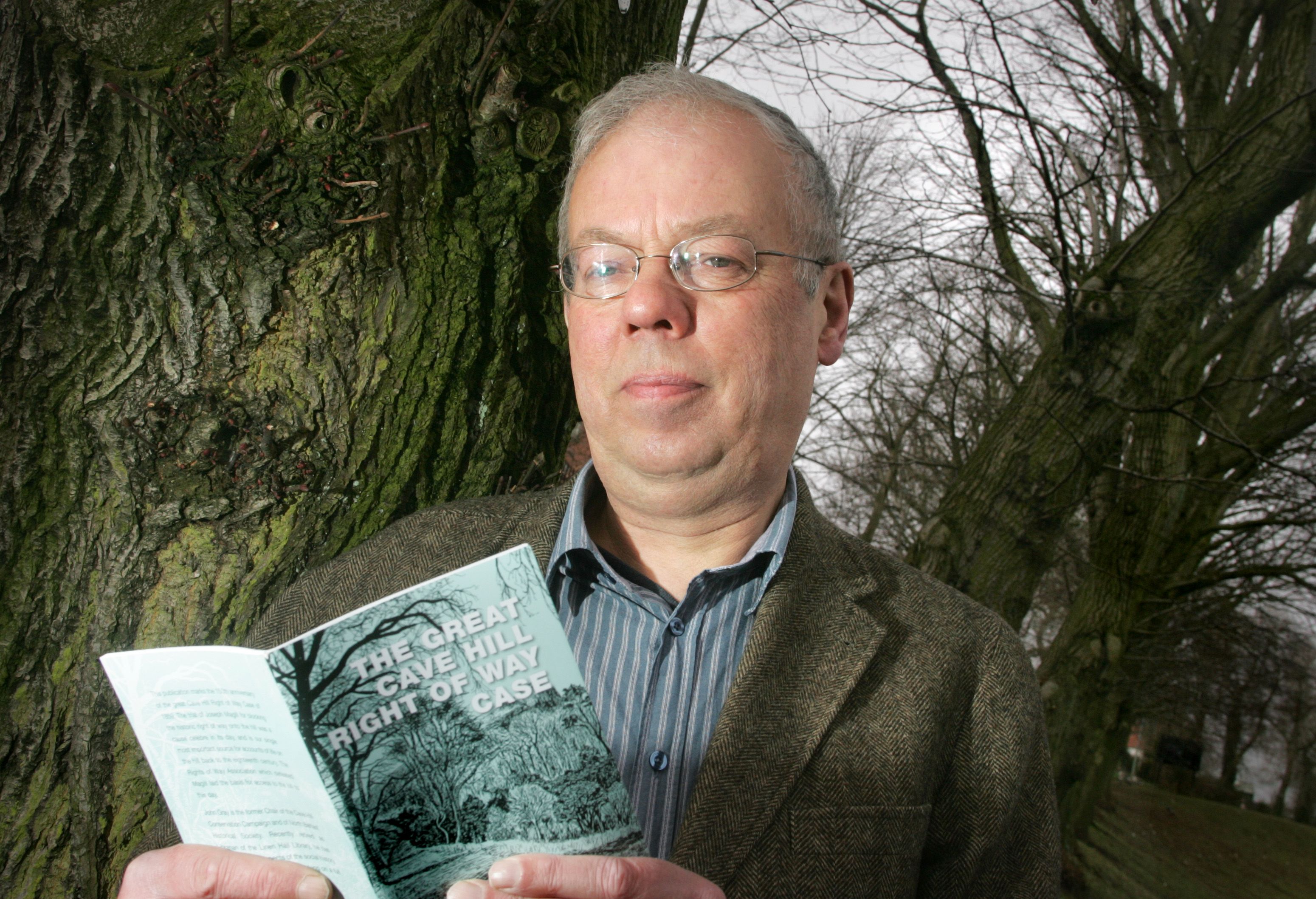 ANOTHER ANGLE: John Gray of Reclaim the Enlightenment (Other images) Eamon De Valera in captivity – his 1932 election triumph did not usher in a new dawn for the poor; James Connolly warned that partition would lead to a ‘carnival of reaction’; David Cron

NORTHERN  Ireland will mark its centenary on May 3, 2021. This is perhaps the most difficult moment in what has been designated as ‘The Decade of Centenaries’.

This has already encompassed contentious episodes ranging from the signing of the Ulster Covenant in 1912 to the Easter Rising in 1916, and has managed to do so quite successfully on a basis of debate and discussion while leaving scope for those wishing to celebrate particular events with freedom to do so.

Thus far this has been a process agreed and managed by the Northern Ireland parties. Not so for the May 2021 centenary where the British Government has stepped in with staggering insensitivity.

For Boris Johnston, “It is something obviously to celebrate because I love and believe in the Union that makes up the United Kingdom, the most successful political partnership in the world.” His words were echoed by Secretary of State, Brandon Lewis, at the actual launch when he said: "This is a fantastic opportunity for people right across the United Kingdom to celebrate Northern Ireland and its integral place within our union."

It was only in the very recent era and after prolonged conflict that the equality of all our citizens was legislated for. That does provide a rational basis now for coming to terms with the separate existence of Northern Ireland and for seeking to enhance all aspects of life here.

These perspectives immediately exclude those, and not just Nationalists, who view partition, and the violence that led to it, as a disaster, and for both parts of Ireland.
What we can all agree on is that the creation of Northern Ireland was a landmark moment in our history and one which calls for intelligent discussion.

But historians should always be wary of being enlisted for a specific government agenda. In this case the creation of a Centenary Forum and a Centenary Historical Advisory Panel can only amount to window-dressing for an unpalatable manifesto.

Some of us remember the attempt to celebrate the Golden Jubilee of Northern Ireland with the ‘Ulster ’71 Festival’ in Botanic Gardens. Yes, it attracted 700,000 visitors but it co-incided with the introduction of internment without trial, a further plummeting step on the road to disaster. Few anticipate any such catastrophe now, but any official marking of the centenary on the celebratory basis outlined by Boris Johnston and Brandon Lewis can only contribute to division.

There will, nonetheless, be many in the community who will wish to celebrate the occasion. They are entirely entitled to do so, though they need to be reminded that Unionists only reluctantly accepted their new semi-detached status within the United Kingdom and hardly celebrated the moment.

The leaders of the four main churches have criticised Nationalists and Republicans for failing to participate in the planned commemoration. They will be holding an ecumenical service. This should serve as the moment for an act of repentance for the role of the churches in exacerbating the tensions that led to partition.

PARTITION A CAUSE OF CELBRATION?

When, if ever, has the division of a country or partition been a cause of celebration? All too often such schisms have been associated with pogroms and forced population movements. One could argue that our partition was a necessity but it had its own devastating consequences for both parts of Ireland.

One can still make a rational case for the achievements of the two states that emerged. Both created all the necessary structures of government on a relatively stable basis. A particular case can be made for Northern Ireland and notably in the post-Second World War period when, with the coming of the welfare state living standards advanced and far outstripped the performance of the Republic. This was certainly a benefit of union, and of the reforming zeal of the post-war British Labour government, and one imposed on our sometimes unenthusiastic local Unionists.

In fact, the divisions that had led to partition endured. It was only in the very recent era and after prolonged conflict that the equality of all our citizens was legislated for. That does provide a rational basis now for coming to terms with the separate existence of Northern Ireland and for seeking to enhance all aspects of life here. Nonetheless this is still very much a work in progress and not yet a cause of celebration.

Understandably given the at best chequered history of Northern Ireland the marketing endeavour for our new ‘celebration’ has sought to focus on a rosy view of the present and future. This kind of PR boosterism always runs the risk of a disjunction with more difficult realities.

This immediately become starkly evident in their choice of Seamus Heaney as one of two symbolic figureheads for the launch of the celebratory endeavour. This was portrayed as a demonstration of inclusivity. Yet the use of Heaney’s portrait was done without his family’s permission. Heaney was never partisan, but he was emphatic about his Irish identity and moved to the Republic in the 1970s with his young family, largely because of the Troubles and to escape the violent dysfunction of the Northern Ireland state. So it is that in a land of many graves the new campaign started with an act of cultural grave robbery.

Reclaim the Enlightenment draws inspiration from our progressive late eighteenth forbears who sought to advance the fortunes of Ireland as a whole. That was a very different era.  We recognise that much changed in the following century but there were always possibilities other than partition. As an organisation we will take no part in any official celebration of the centenary of partition and the creation of Northern Ireland, though our members are free to take part in programmes organised to mark the occasion.

Instead we are organising an alternative programme. This will critically examine the actual experience of partition. We will ask how Northern Ireland and the Irish Free State responded to key needs in society including those of women, of the working class, and in the cultural arena, or rather failed to do so.


LECTURE PROGRAMME
Wednesday, April 28, 7pm.
John Gray, ‘The Northern Ireland Centenary – A Carnival of Reaction or a Cause for Celebration?’
When in 1914 James Connolly warned that partition would lead to ‘a carnival of reaction’ was he simply being a doom-monger? When Boris Johnston and Brandon Lewis announced plans to ‘celebrate’ the Northern Ireland centenary were they simply skating over the reality of what had happened in the intervening period? John Gray offers an overview of the experience and asks, what is our condition now?

John Gray is Chair of Reclaim the Enlightenment. He is the former Librarian of of the Linen Hall Library. He has written and broadcast extensively on the social and cultural life of Ulster. His City in Revolt – James Larkin and the Belfast Dock Strike (Belfast, 1984: Dublin, 2007) have been widely acclaimed as pioneering studies of the labour movement and working class life in Edwardian Belfast.

Wednesday, May 5, 7pm.
Padraig Yeates, ‘Labour and Partition: A House Divided.’
The expectation of many trade unionists that the Labour Movement would play a major part in Irish politics after the introduction of Home Rule was a triumph of optimism over experience. While the vast majority of activists were opposed to partition they failed to forge an effective strategic alternative, leaving them to make the best of two sectarian statelets.

Padraig Yeates is a journalist and author and the foremost historian of the experience of the Labour Movement during the ‘Decade of Centenaries’. His books include Lockout: Dublin 1913, and a trilogy on events in that city.

Wednesday 12 May 8.00 pm.
Susan McKay, ‘Saying No To the Nay Sayers – The Rise of the Womanly Lundy.’
Women within Protestant communities in Northern Ireland are engaging in a glorious revolution of their own and are not afraid to say so. McKay’s talk is based on recent interviews with women from all backgrounds. They include Toni Ogle, a brave young woman, who said her message on International Women’s Day was, ‘If standing up for justice for my murdered father means I am a tout, then I’m a tout.’ Playwright Stacey Gregg has returned to County Down with her wife and child and says, ‘I have been emancipating myself from restrictions arising from shame.’ And the Reverend Karen Sethuraman is a Minister who is not recognised by the male establishment of her church, but who defiantly says, ‘I am a pastor in the community and the streets. I can marry people and bury people and I can reach out to the people like me who never fitted into the church of For God and Ulster.’

Susan McKay is a journalist and author from Derry. Her new book, ‘Northern Protestants – On Shifting Ground’, is being published in April, when her acclaimed ‘Northern Protestants – An Unsettled People’ will also be reissued by Blackstaff. She is working on a book about borders with the help of a major Arts Council award. Her award-winning journalism appears in the New Yorker, the London Review of Books, the Guardian, the Observer and the Irish Times. She was a founder of the Belfast Rape Crisis Centre and works with the WAVE trauma centre on its podcast Stories from Silence series.

Wednesday, May 19, 7pm.
Fergus Whelan, ‘When the Poor Felt the Lash of the Liberator: The First Decade of the Irish Free State.’
Fergus Whelan will examine the ten years of the Irish Free State from the end of the bitter civil war until the triumph of Eamon De Valera in the 1932 election. ‘Irish freedom’ did not usher in a new dawn for the urban and rural poor of the new state. As Sean Murray in ‘The Case for Communism in Ireland’ argued, the Cosgrave government, the southern capitalists, smashed down the standards of all social services – unemployment insurance, old age pensions, reduced the salaries and wages in all public services, nationalised industries, on the railways, and in the factories. The ‘liberating’ government also banned divorce and birth control and introduced film and book censorship. Government ministers, Catholic Action zealots and the Roman Catholic hierarchy worked to ensure that Home Rule was Rome Rule.

Fergus Whelan has worked for thirty years as a trade union official and latterly as an officer of the Irish Congress of Trades Unions. As an author his works include ‘Unitarians, King-killers and the Society of United Irishmen’; ‘God-Provoking Democrat: The Remarkable Life of Archibald Hamilton Rowan’; and ‘May Tyrants Tremble: The Life of William Drennan’.

Wednesday, May 26, 7pm.
David Cronin, ‘How Britain Wanted a Jewish Ulster in Palestine.’
Could Palestine become a ‘little loyal Jewish Ulster in a sea of hostile Arabism’? That was the hope expressed by Ronald Storrs, the Governor of Jerusalem during and after the First World War. His words illustrated how the British elite supported the Zionist colonisation project on the understanding that doing so would advance Britain’s own interests in the Middle East. They exemplified, too, how the same elite saw strong parallels between Palestine and Ireland. David Cronin will examine these parallels offering an overview of how an unjust situation created a century ago persists today.

David Cronin is an Irish journalist based in Brussels. He is an associate editor of the Electronic Intifada, a website focused on Palestine. His books include, ‘Balfour’s Shadow: A Century of British Support For Zionism and Israel’ and ‘Europe’s Alliance with Israel: Aiding the Occupation.’