Reds bounce back with five-star showing 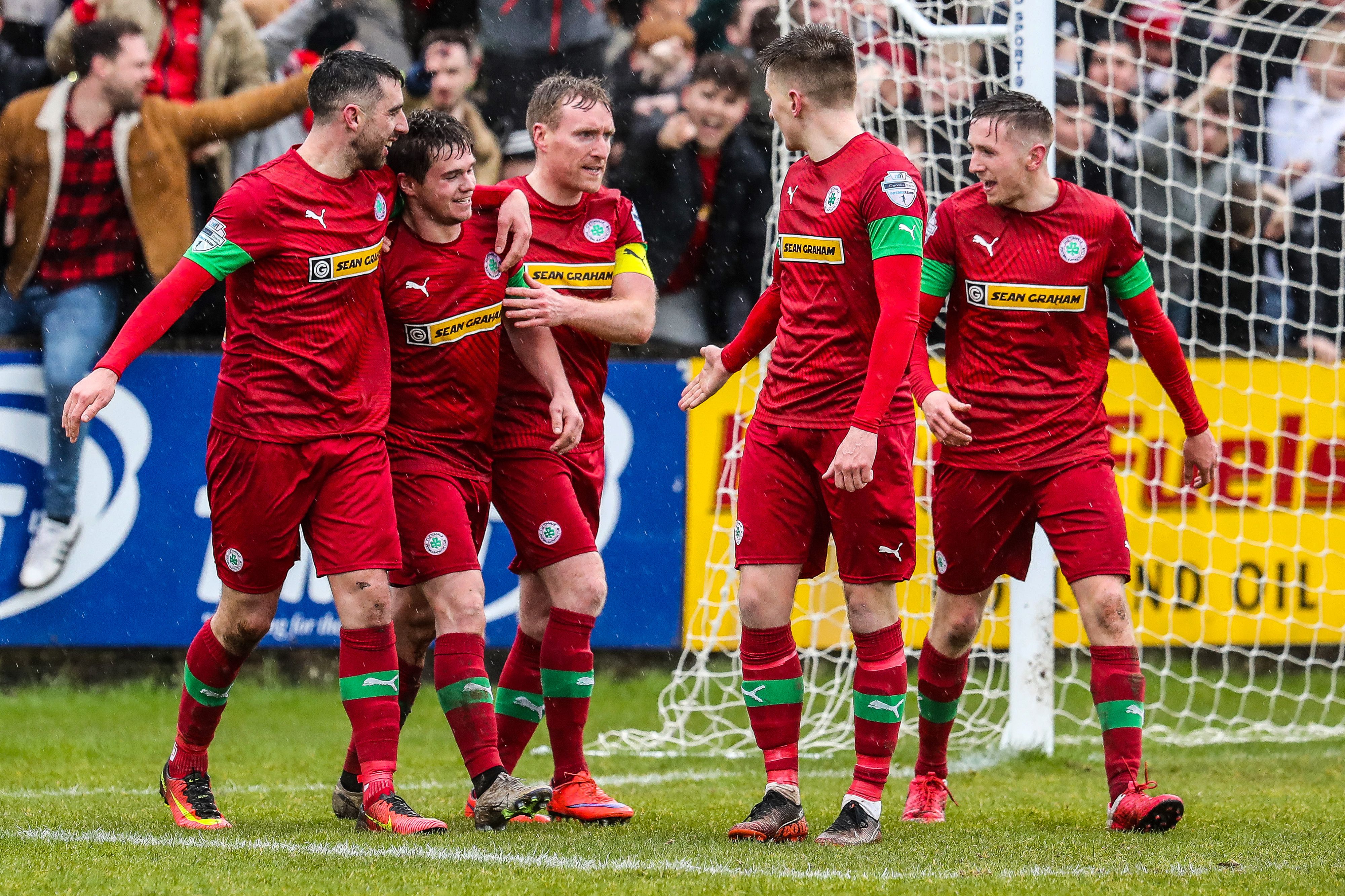 Cliftonville ended their run of three games without a win with a comfortable and comprehensive 5-0 win over Portadown at Solitude on Saturday afternoon.

Michael McCrudden got off the mark in the league with a first-half brace and then secured the match ball from the spot before the hour-mark.

Daire O’Connor then got in on the act after Joe Gormley saw his spot-kick saved and added a second moments later to wrap up a straight forward win for Paddy McLaughlin’s side after a difficult seven days.

“It was the perfect response,” said McLaughlin.

“We’ve received a lot of criticism over the last couple of days and there’s nobody that hurting after a defeat more than the players. That’s the frustrating thing when you see some of the nonsense that people are saying about the team - it's ridiculous. But that’s football; there are plenty of critics out there and they love having a go. It was a brilliant response and hopefully now it will kick-start our season again.”

McLaughlin made four changes from the side who were defeated 4-0 by Ballymena United on Tuesday evening.

Ryan Curran, Mark McKee, Ronan Doherty and Thomas Maguire all dropped to the bench with Aaron Donnelly, Liam Bagnall, Seanan Foster and Michael McCrudden all coming into the starting 11.

Cliftonville made the much brighter start with Michael McCrudden laying the ball off to Conor McMenamin whose shot drifted past the post.

Paddy McNally then caught McCrudden and from the resulting free-kick Aaron Donnelly’s low drive was pushed to safety by Scott Pengelly in the Portadown goal.

At the other end a wayward pass from Richard Brush saw Stephen Teggart’s eyes light up and forced Garry Breen to come across and chop down the Ports' midfielder at the expense of a yellow card and fortunately for the centre-half- nothing more from the resulting free-kick.

Cliftonville had a penalty shout turned down after 20 minutes when Michael McCrudden’s effort appeared to hit an arm in the area, but referee Tim Marshall was unconvinced and felt it was more ball to hand.

Three minutes later and it was Cliftonville who broke the deadlock. Conor McMenamin drove the ball low across the face of goal and Michael McCrudden miscued the initial opportunity before finding the net at the second time of asking to make it 1-0 and score his first league goal for the club since his January arrival.

McCrudden was denied his second just minutes later as Paul Finnegan scurried back to turn his goal-bound effort off the line after some good work from Chris Curran in the build-up.

However, on 36 minutes McCrudden wasn’t to be denied. Joe Gormley and Conor McMenamin played a neat one-two before McMenamin found McCrudden in the penalty area and his effort bamboozled Pengelly who should have done much better in the Portadown goal.

The visitors almost had an immediate response when Ruairi Croskery cut the ball back for Stephen Murray whose effort was easily gathered by Brush.

The Reds should have made three before the break, but Garry Breen couldn’t keep his back post effort down from Aaron Donnelly’s corner and at the break it remained 2-0 to the hosts.

Joe Gormley missed two further opportunities to extend the lead early in the second-half: his first effort was too high to trouble Pengelly and the goalkeeper easily gathered the striker's downward header from Seanan Foster’s cross moments later.

Just before the hour-mark, Cliftonville had the chance to make it 3-0 when Chris Curran’s driven shot was handled in the area by George Tipton and Tim Marshall pointed to the spot.

Michael McCrudden was offered the chance to secure his first hat-trick for the club and dually obliged, firing down the middle to make it 3-0.

Joe Gormley glanced a header just past the near post from a pinpoint Foster cross and Chris Curran slipped in McMenamin who was denied by Pengelly as the Reds' pressure continued.

Five minutes from time, Cliftonville were awarded their second penalty of the half as half-time substitute Adam McCallum felled Gormley and Marshall pointed to the spot.

Gormley took the penalty himself but was denied as Pengelly turned it against the post, but Daire O’Connor got to the loose ball ahead of the Ports' 'keeper to make it 4-0 and claim his first goal for the club in the process.

The ex-Cork City midfielder then doubled his account and completed the scoring for the afternoon with a well-taken low effort after nice work from Chris Curran to secure a comfortable and much needed win for the Reds.