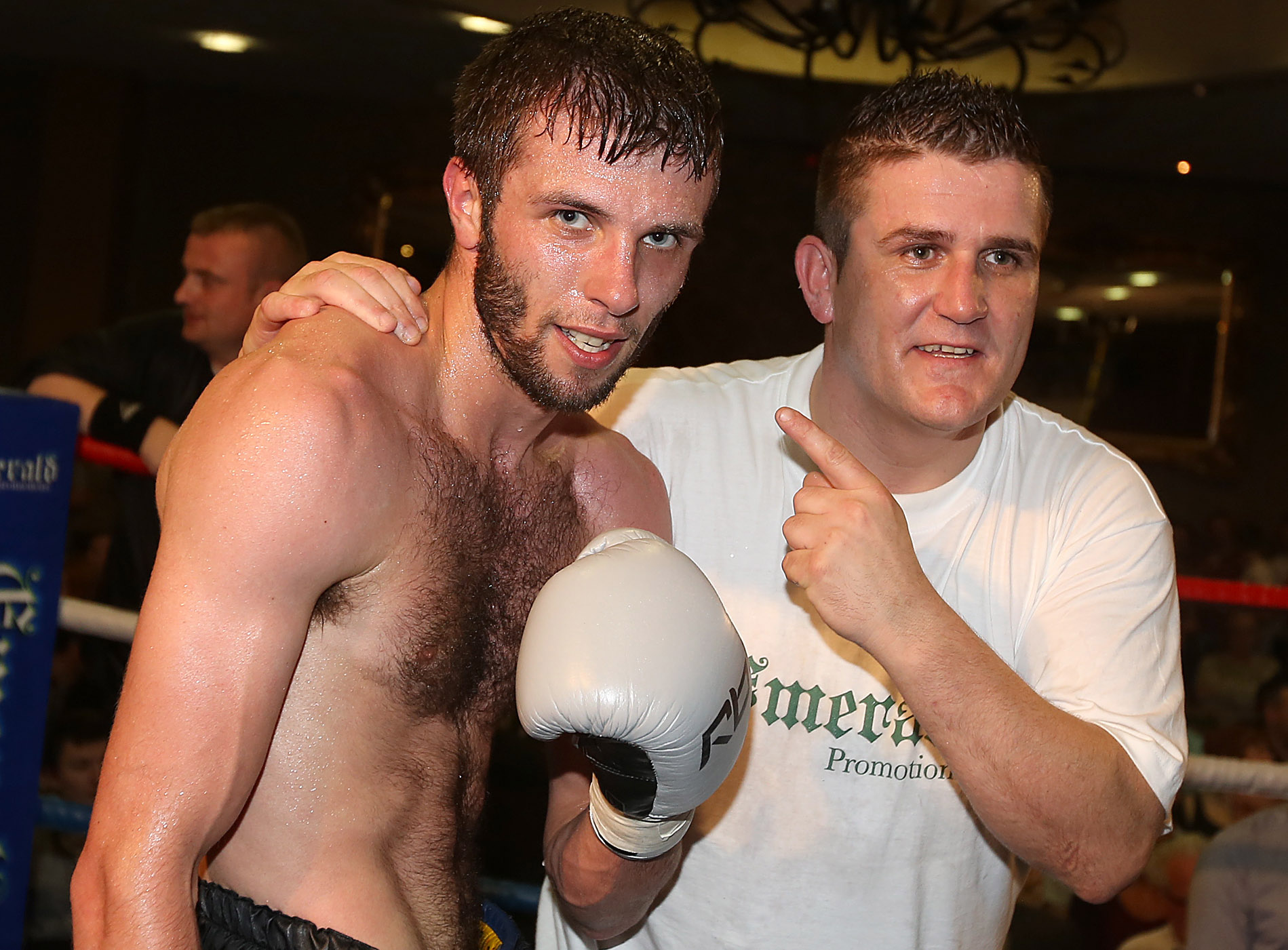 THINGS are looking up for Anthony Cacace and that reflects in his general mood as ‘The Apache’ can look forward to his long-overdue crack at the British super-featherweight title.

On top of that, the 28 year-old who has amassed 15 wins from as many professional contests was recently awarded the Eddie Shaw Trophy by the NI Area Council of the British Boxing Board of Control.

It is in stark contrast where Cacace was 12 months ago having split from Cyclone Promotions with his future uncertain, but having teamed up with manager, Pat Magee and winning two fights towards the end of 2016, he is now looking forward instead of back and his upbeat mood can’t disguise that.

“Everyone keeps saying that to me, it’s just now there is a path in front of me,” said the West Belfast man.

“Whether I take it or not is up to me, so it’s just about stepping up to the plate.

“It was great (winning the Eddie Shaw Trophy). Any award you can pick up along the way is always good. It gets the name out there a bit more too with things like Twitter and all that.”

His name has been well known in Irish local boxing circles, but at last he has his opportunity to announce himself to the masses with the title fight against holder, Martin J Ward due to take place before the end of June at a venue to be decided.

The purse bid for the fight took place yesterday (Wednesday) and was won by Magee with the fight a possibility for Belfast.

“This last year has been hard for me,” admitted the supremely talented Cacace who has previously held Irish and Celtic titles as-well-as the Irish Boxing Writers’ Association ‘Prospect of the Year’ for 2012.

“At least I’m on a good path now, so I just hope to God we can get the Martin J Ward fight sorted out and we know as soon as we can.”

Ward (17-0-2) retained the Lonsdale Belt last month with a points win over Maxi Hughes and will win the belt outright with victory over Cacace, so it will be far from a straightforward assignment.

However, that win over Hughes – who previously edged out James Fryers – showed some flaws in the 25 year-old who was easy to hit and against a power puncher like Cacace, that could be the difference.

“He is very hittable,” agreed the former amateur standout.

“But then again, if I’m fit and I should be because I’m in camp already, if I land, I have a different type of power than all those super-featherweights.”

That camp is now under the guidance of his initial professional trainers, Paul and Sean McCullagh.

The return to the father and son combo is another factor in Cacace’s high spirits as he looks ahead to the fight he has craved for quite some time.

“The only time I ever enjoyed boxing as a professional was my first year and a half with the McCullaghs,” he explained.

“This is coming back to the good days, so I would like to enjoy them.”

The only way to enjoy them is to get his hands on that British title and should he get that victory, doors will surely open.

“You have no idea. It’s been a tough couple of years, but now I’m there,” he continued.

“I’m trying not to dwell on the past. I just want to look to the future.

“Martin J Ward is ranked number 14 with the WBC, so if I beat him there is a good chance I could go into the top 10 with the WBC or in and around that.

“You never know, if I beat him you might see me in with (Vasyl) Lomachenko one day.”

The last comment was half in jest, but after a stop-start career, getting the opportunity to mix it with such a master of the sport like Lomachenko or any of the other major players in a talent-laden division would be a dream come true.

Cacace has been forced to stand on the outside looking in for so long, so this is now his overdue chance to make the breakthrough and maybe work his way towards a fight with a Lomachenko, perhaps not next though.

“I would need a couple of tune ups before ,” he laughed.

“Look, there is no doubting that guy is special, but I would love to share the ring with him, love to.

“I want to be realistic. Boxing is all about the money, but Pat Magee is the man that can make things like that happen. That’s if I beat Martin J Ward. I don’t want to get ahead of myself.

“I know this is going to be a very tough fight for myself and I’m not escaping that.”