Remembering May Mac Giolla in Belfast 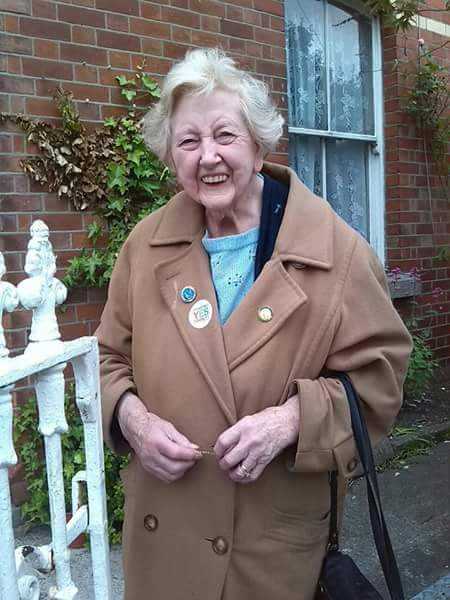 A night of remembrance is being held this weekend in aid of former Workers’ Party stalwart, the late May Mac Giolla.
Six months since her passing, friends and family will gather on Saturday August 25 in the Cyprus Club on the Grosvenor Road in Belfast to honour her memory.
Workers’ Party President Michael Donnelly described May as the “epitome of a good person”.
“She was ever loyal to her friends and comrades, ever loyal to the party to which she dedicated all her adult life and above all else loyal and true to the interests of the working class of Dublin and of all Ireland with whom and on whose behalf she toiled so endlessly,” he said.
“She had no patience for the enemies who sought to sow the seeds of disunity among the Irish working class, in that respect May was then and remained a steadfast and unshakeable opponent of all who preached the gospel of sectarian hatred or who attacked class politics."
Born in Dublin East Wall area in 1930 May joined the republican movement in the mid-1940s and was active in the then Sinn Féin and was a committee member of the National Commemoration Committee for many years.
During the 1960s she was active in all social situations of that era along with her husband Tomás Mac Giolla who would become the leader of Sinn Féin in the 1960s and later a Workers’ Party TD. May had a particular affinity with the struggle for civil rights in the North and had participated in many NICRA events in the 1968-72 period.
She died at the age of 87 on the 24th of March this year in Dublin and comrades from all over Ireland attended her funeral. As a tribute to May comrades, friends and family will gather again in Belfast on Saturday at 8pm to honour her in a night of remembrance and to recall her dedication and commitment to republicanism in Ireland.