Saffrons can take another huge step forward in Carlow 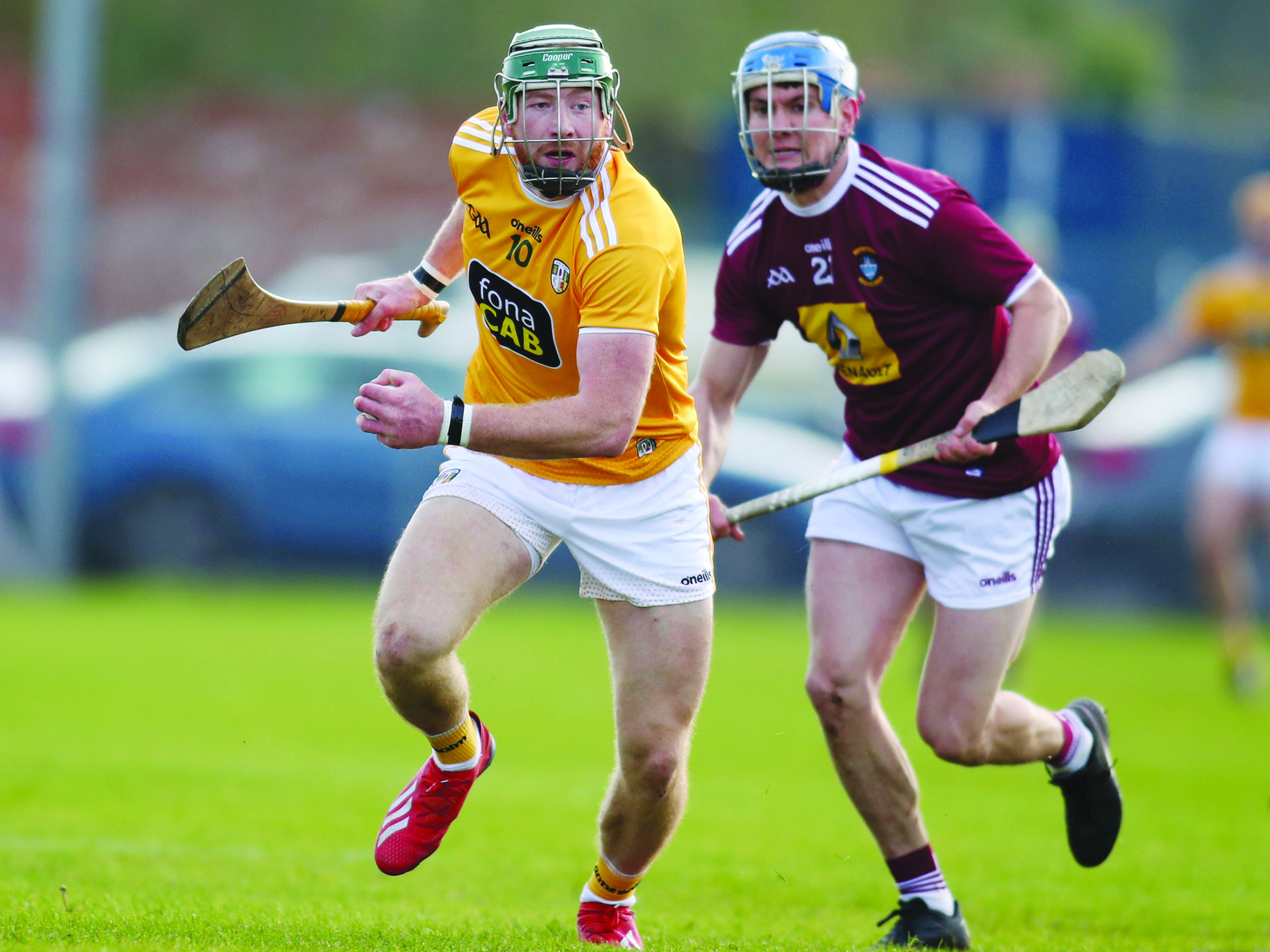 The 19-point win overt Westmeath saw Antrim’s hurlers deliver a statement of intent, but they must back it up in the coming games if they want to reach Croke Park on All-Ireland final day   John McIlwaine

WITH a morale-boosting win over Westmeath and two points banked, Antrim will be aiming to take another big step forward in their quest to make it a League and Championship double this Saturday when they travel to Netwatch Cullen Park for a showdown against Carlow.

The last meeting between the teams in this competition was a bad-tempered affair at Corrigan Park in 2018 when Carlow finished the game with 12 players to Antrim’s 14, but it was the Saffrons who withstood a late rally to grab the points.

Given the Barrowsiders have been up in Division One for the past two years and played in the MacCarthy Cup last season, this suggests they will be coming into the game battle-hardened against the top teams in the country, but they did come up short against Westmeath in the league relegation playoff, meaning Antrim will take their place in the top tier next season.

Colm Bonnar’s side has a familiar look about it with Jack Kavanagh, Diarmuid Byrne, Chris Nolan, David English and Paul Doyle very much in situ so they do have plenty of experience and know-how to put their league relegation behind them.

“Carlow is a good side and won the Joe McDonagh two years ago, beating a good Westmeath team in the final,” said Antrim manager Darren Gleeson.

Antrim are on the crest of a wave, but they have been here before in the McDonagh Cup over the past two seasons when making good starts to their campaign before falling away and failing to reach the final.

Therefore, while their 19-point win over Westmeath was a major statement of intent, it was simply a start and they know they must maintain that level of performance this weekend for what is always a tricky assignment in Carlow.

Since a humbling defeat in the 2017 Christy Ring Cup final against the Barrowsiders, Antrim have redressed the balance somewhat, but it will take a big performance to bank a win that would leave them with one foot in the final.

The exchanges are expected to be typically tough, but in that regard Gleeson’s men won’t be found wanting as they have proven they can be as tenacious as tricky, mixing work-rate and raw hunger with stylish play.

“I suppose if you are standing beside them you have to stand up to them and we are capable of playing it both ways,” he insists.

“We are far from the finished product leaving here today and have a huge amount to work on, but this is a step in the right direction for this competition.

“Getting off to a good start sets you up as the team that loses the first game always has that bit of pressure on them, so we just have to go down there, build on our game-plan, respect what Carlow are going to do and focus on Antrim.”

Having had two massive games in as many weeks, Antrim are well up to speed heading south this weekend.

Carlow have not played since that relegation playoff defeat back in March so it is hard to know whether they will come into the game refreshed or a little rusty.

They will have the benefit of being able to tune in on their visitors, while Antrim will use this week for recovery and lifting it again although they will those six players missing due to Covid-19 available once more, while Neil McManus has had a week to aid his recovery from a hamstring injury.

“The only thing is that this is the first game so it’s not a sprint, it’s a marathon,” Gleeson warned after Sunday’s win.

“We have three hard to come now. We’ve Carlow on the road there next week and that will be their first match so they will be fresh. We’ve had two games in-a-row played there so we will have to recover well.

“It will be a big couple of days for us to get right again and at the end of the week the boys are back, so that will be a great lift.”

Given the manner of Sunday’s win over Westmeath, those who were unavailable will have a job on their hands to get back into the team.

All 20 who played at the weekend produced the goods so perhaps they have done enough to keep those starting slots.

Either way, Gleeson will have decisions to make this week, but that’s the way he likes it and with another group of players ready to bolster the squad if required, the strength in depth is an aspect that has brought Antrim on this year and will do so as they move forward.

“We are looking for the hard questions and there are no easy conversations when you are saying to fellas on form that they aren’t playing,” he admitted.

“It will be the same at the end of this week because we don’t just want the 15 to roll onto each week.

“We need people pushing and I said in the week we have U20s pushing to get in and five boys on a development squad who are in the gym strengthening up who we may need over the next few weeks.” 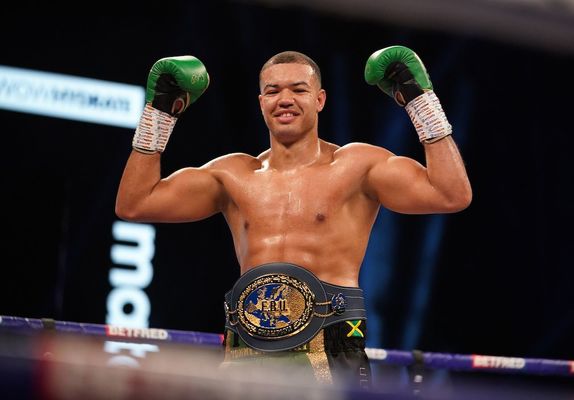 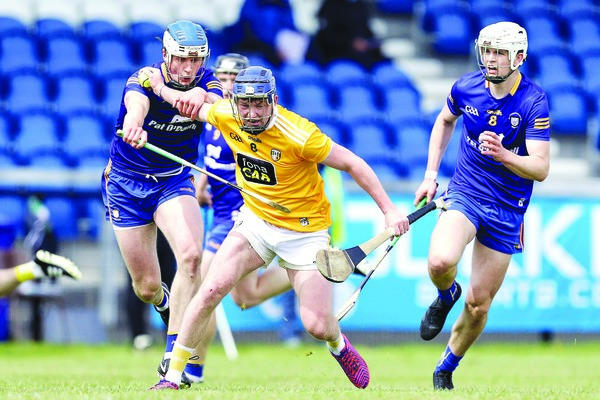 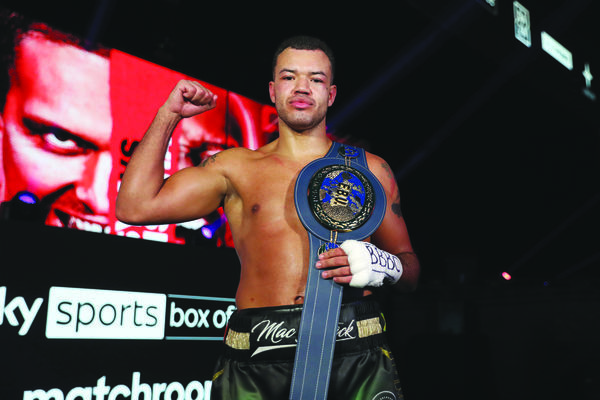