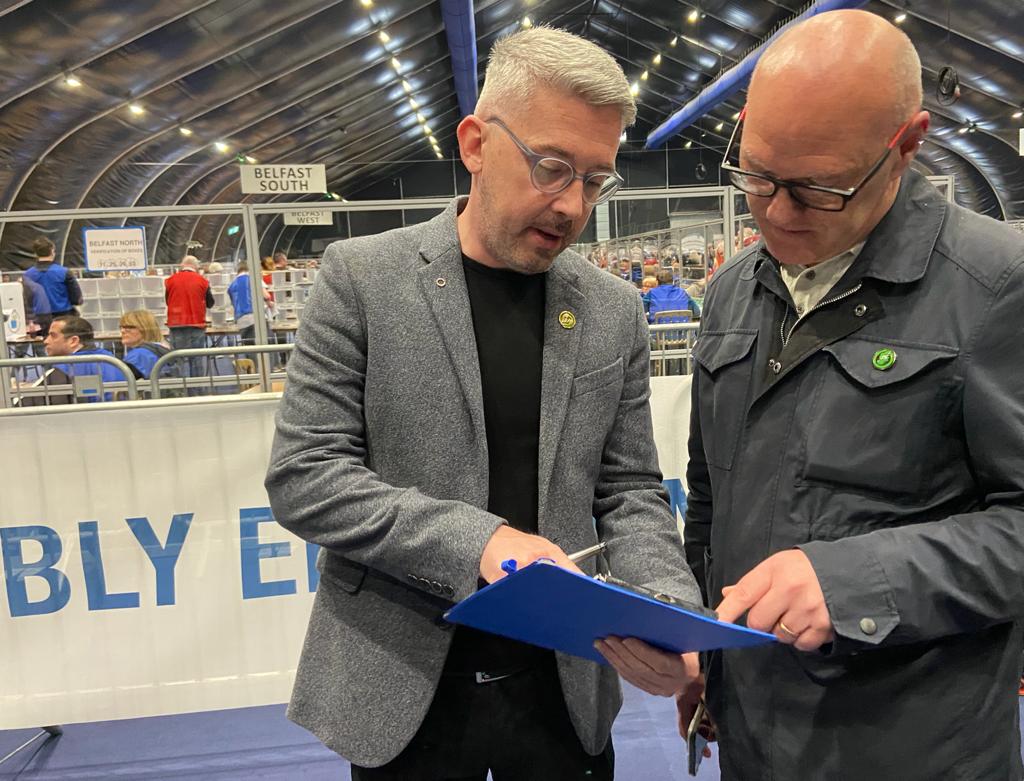 OPPOSITION: The Seanad unanimously back the motion by Senator Niall Ó Donnghaile, left

The Seanad in Dublin has unanimously supported a Sinn Féin motion condemning the British Government's proposed immigration checks on people travelling across the border into the North of Ireland.

It expressed opposition to the Tories' Nationality and Borders Bill, which would require non-Irish and non-British citizens to apply for an electronic travel visa when crossing in the North.

The motion, which was tabled by Belfast senator Niall Ó Donnghaile, expresses concern about the impact on border communities and the tourism industry.

It further calls on the Irish Government "to mobilise its international and diplomatic influence" to oppose the bill, which has passed its first stage in the House of Commons.

"This Act will fundamentally damage the Good Friday Agreement, the economy of this country, South and North, and directly effect the lives of countless workers, families, students, healthcare professionals and people availing of healthcare, who at the moment move freely South to North and North to South on a daily basis to work and live their lives," he stated.

"It will potentially disrupt trade, tourism, education, healthcare and day-to-day life, especially for communities along the border. The broader motivations and intentions behind its Act are repugnant, anti-refugee and run contrary to any kind of progressive, inclusive and positive politics, which my colleagues and I, and I believe a majority of people in Ireland, would aspire to.

"This Act is rooted in the British Government’s Brexit decision. It is a decision that caused chaos among the people of Britain and continues to cause serious collateral damage to the people of Ireland up to this day."

He added: "The people of Ireland are being punished by the Nationality and Borders Act and the DUP's approach to the agreed protocol, both products of the decisions by the British Government."

Members of the Seanad spoke about the human rights impact of the bill, including the right to freedom of movement.

Speaking against the legislation, Minister for Foreign Affair Simon Coveney said: "Tens of thousands of people cross the border every day in the course of their ordinary lives, including to access essential services, for business, for family reasons, or for travel from one part of Ireland to another. It is a uniquely shared space. This is something that both the Irish and British Governments recognised and committed to supporting in strand two of the Good Friday Agreement."

He said the North would "suffer the most in the context of the impact it will have on all-island tourism".

"We market this island on an all-island basis from a tourism perspective and there are many fascinating reasons to visit Northern Ireland," he stated.

"While people will still continue to visit Northern Ireland, there will be more disruption involved, potentially, in doing that and more cost. If one looks at how the tourism industry works with bookings, travel companies, and so on, a reduction of cost is an issue and that this is going to disadvantage Northern Ireland in a way that is completely unnecessary."