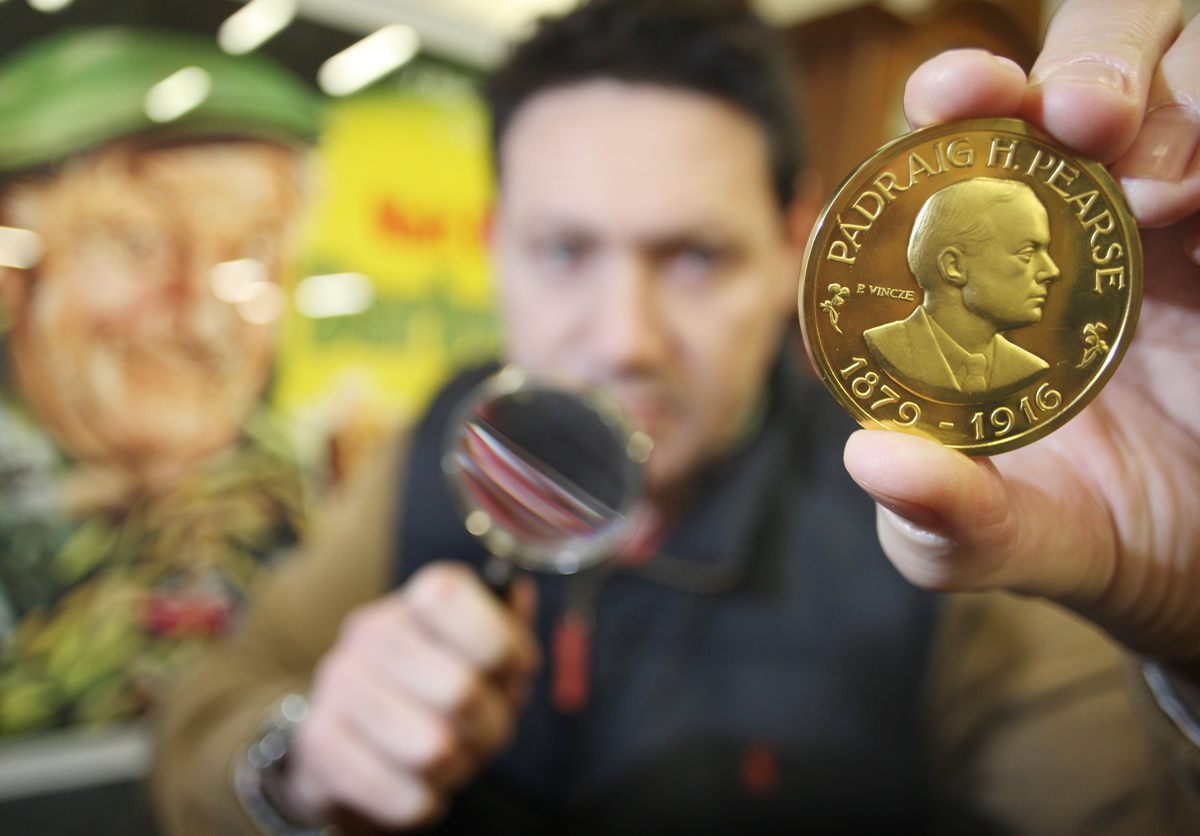 A 50-year-old gold coin depicting Pádraig Pearse, one of the leaders of the 1916 Easter Rising, has been sold at an auction house in North Belfast for more than £3,000.

The rare 22-carat coin, issued in 1966 to mark the 50th anniversary of the rebellion, was brought to Belfast Auctions in Duncrue Industrial Estate by a married couple who believed the commemorative piece was made of brass.

On Monday night the piece was sold to a private collector for a total of £3,580, including fees.

Paul Millar, owner of Belfast Auctions, said: “The piece generated a fair bit of interest. Given that this year is the centenary celebrations, it’s a poignant time to be selling. However, its gold value alone always meant that interest would be high.”

“The couple who brought the piece in to us actually had two identical coins that had been bought in 1966 and passed through the family. I believe they had been lingering in a drawer of their house and they thought that the centenary celebrations would be an ideal time to valuate them,” added Paul. “They believe they were brass but having seen similar pieces I knew it was solid gold. The couple opted to keep one of the coins but we are delighted that we were able to accommodate two happy parties.”

The sale is the latest success story at the North Belfast auction house. A Paul Henry painting was recently sold there for more than £52,000.