Swimming: Síomha hoping to make a splash at the Commonwealth Games 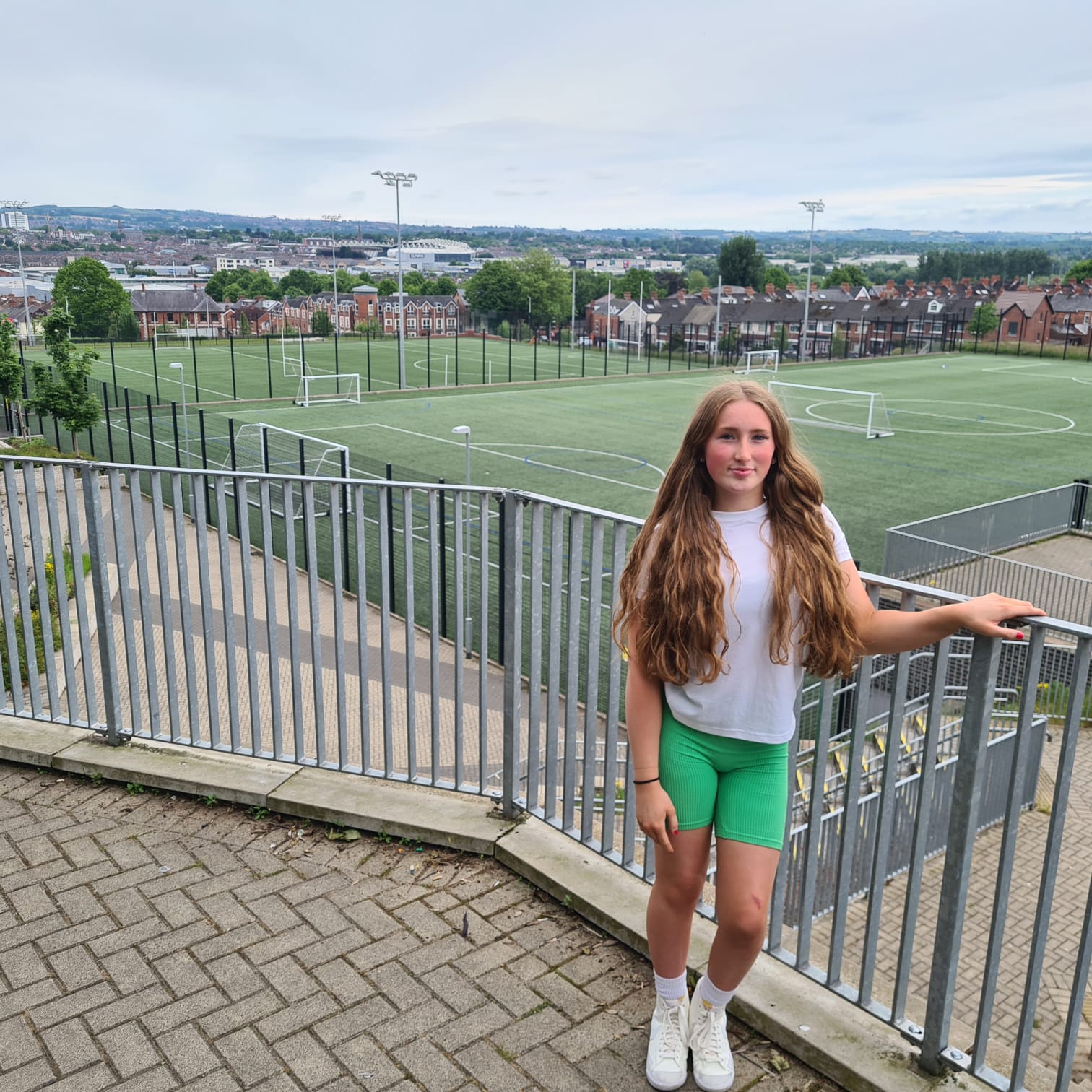 A West Belfast para-swimmer will look to make a splash at this summer's Commonwealth Games with the Northern Ireland aquatics team.

It is the Ballymurphy athlete's first time entering the competition, which kicks off on 28 July this year. But Síomha is no stranger to competition, taking up competitive swimming from the age of 11.

Having been born with HSP - a disorder that affects her walking - she began swimming for a "bit of exercise" and to stretch her legs.

"Obviously it developed into something a bit more than that," she added.

"My mummy put me into a disability group when I was six and then I moved into mainstream swimming when I was seven because I couldn't be annoyed - I always looked for a bit of competition and I always wanted to be faster than everybody else."

With scant local competitions for para-swimmers, Síomha was competing with able-bodied kids early on.

"That was very hard," she said.

"There wasn't many disability galas in the North, but as you get older you can go away."

Now a member of Lisburn City Swimming Club, the West Belfast teen has competed in competitions as far off as the Netherlands and is looking forward to the challenge of the Commonwealth Games.

"It's a bit daunting, but it's also very exciting," she stated.

"Swimming is an individual sport but you definitely rely on your team."

While Síomha's parents are her biggest backers, she said she's lucky to have the backing of her neighbours in the Murph.

"You go away and obviously your family knows the magnitude of it, but it's good knowing that people from Ballymurphy are looking out for you," she enthused.

Competition prep is well underway for Síomha who currently has 10 training sessions a week, two gym sessions and a pilates session in between.

Before July she has a training camp in Tenerife and five-day competition in Dublin. There is also the small matter of her GCSE exams in the coming weeks.

"The school is brilliant for helping me manage both at the same time," she said of Coláiste Feirste.

Ná habair é, déan é (don't say it, do it) being the determined mantra of the Irish language community, it is fitting that the school is helping Síomha fulfil her sporting as well her academic potential.

"Obviously it's a big pressure outside of school, trying to manage studying, GCSE's and practical tests, but the school is brilliant," she said.

Síomha has ambitions of reaching the 2024 Paralympics in Paris, which she describes as "the pinnacle of it all".

As for the Commonwealth Games, she said: "I'm hoping just to get a good experience out of the thing,

"Everyone goes to get a better time, but I am very young so I'm going to enjoy myself and if something good comes out of it then even better.

"I want to get a personal best and obviously a medal would be nice, but if I don't get I'm still there and it's very exciting."