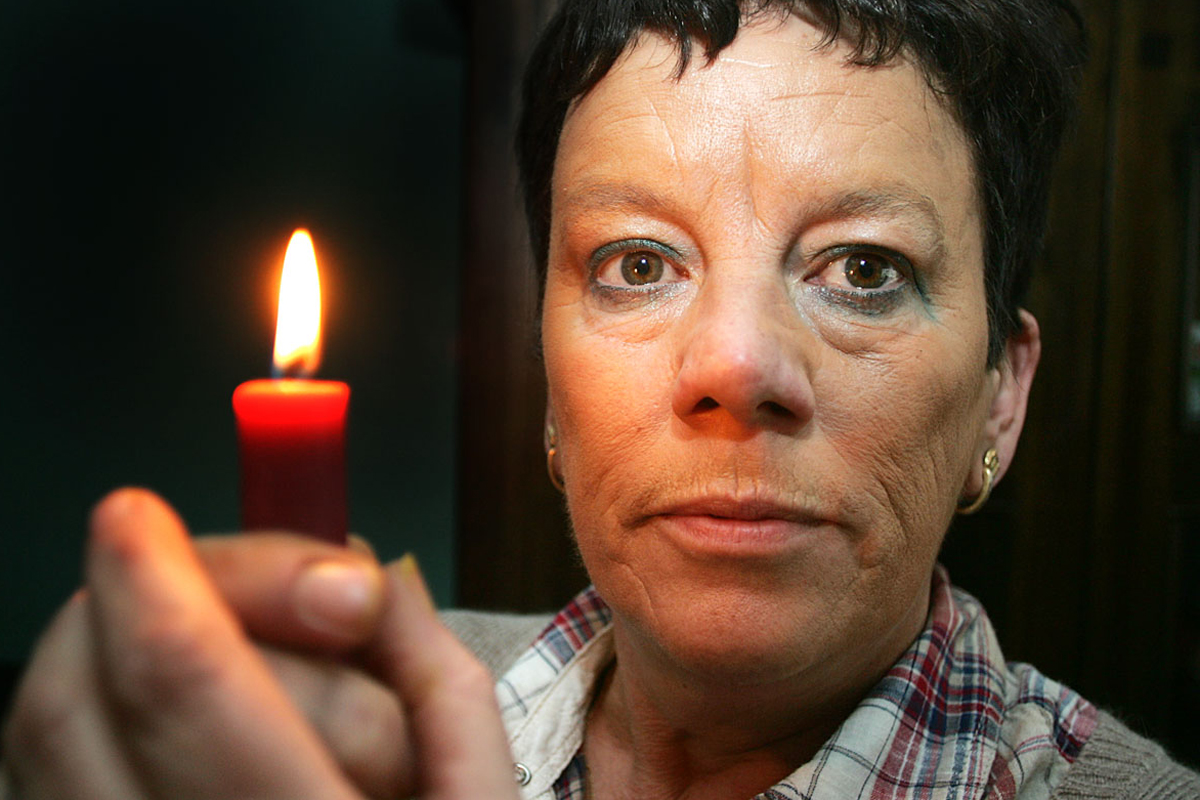 A Cliftonville woman who lost her brother to cancer last year was one of over a thousand people who attended a ceremony in North Belfast last night (Wednesday) for families who have lost loved ones to the disease.

Mary-Jo Casey sponsored a light on the NI Hospice Christmas tree on the Somerton Road in memory of her brother Patrick McDermott who died in May 2010 after being diagnosed with mouth cancer the year before.

She joined hundreds of families in a candlelit procession from Dominican College, Fortwilliam to Somerton House where the tree was lit.

Shortly after his diagnosis, Patrick moved in with Mary-Jo at her Kingsmere Avenue home so that he could be cared for properly by his family and specialist Hospice at-home nursing care from specialist nurse, Anne Morrison.

He was later admitted to the In-Patient Unit in Somerton House where he passed away in May 2010.

Mary-Jo said she had taken part to remember Patrick and to pay tribute to the Hospice nurses who looked after her brother.

“The care and support we received from the Hospice was absolutely wonderful,” she said.

“It was like a home from home, which is a strange thing to say but unless you had experienced it you wouldn’t understand what I am talking about. Their support was just unbelievable.

“Patrick was a very unassuming and quiet man, he was into his chess and books and he was very intelligent, I wish I had a bit of it. He was the eldest and the family very much looked up to him and of course Christmas is a very difficult time for all of us.

“It is not that long since he passed away and little things bring back memories, and that is why we want to remember him this way.”

She urged any families who are offered the services that the Hospice provide to avail of them.

“It was just their whole approach to Patrick and my family, anything we wanted to know they were there. They offered support and made sure he wasn’t in severe pain by adjusting medication and they were sometimes just good company. One day Anne Morrison took him up to the shop and home again because the weather was so cold. I had never experienced that type of care before from outsiders.”