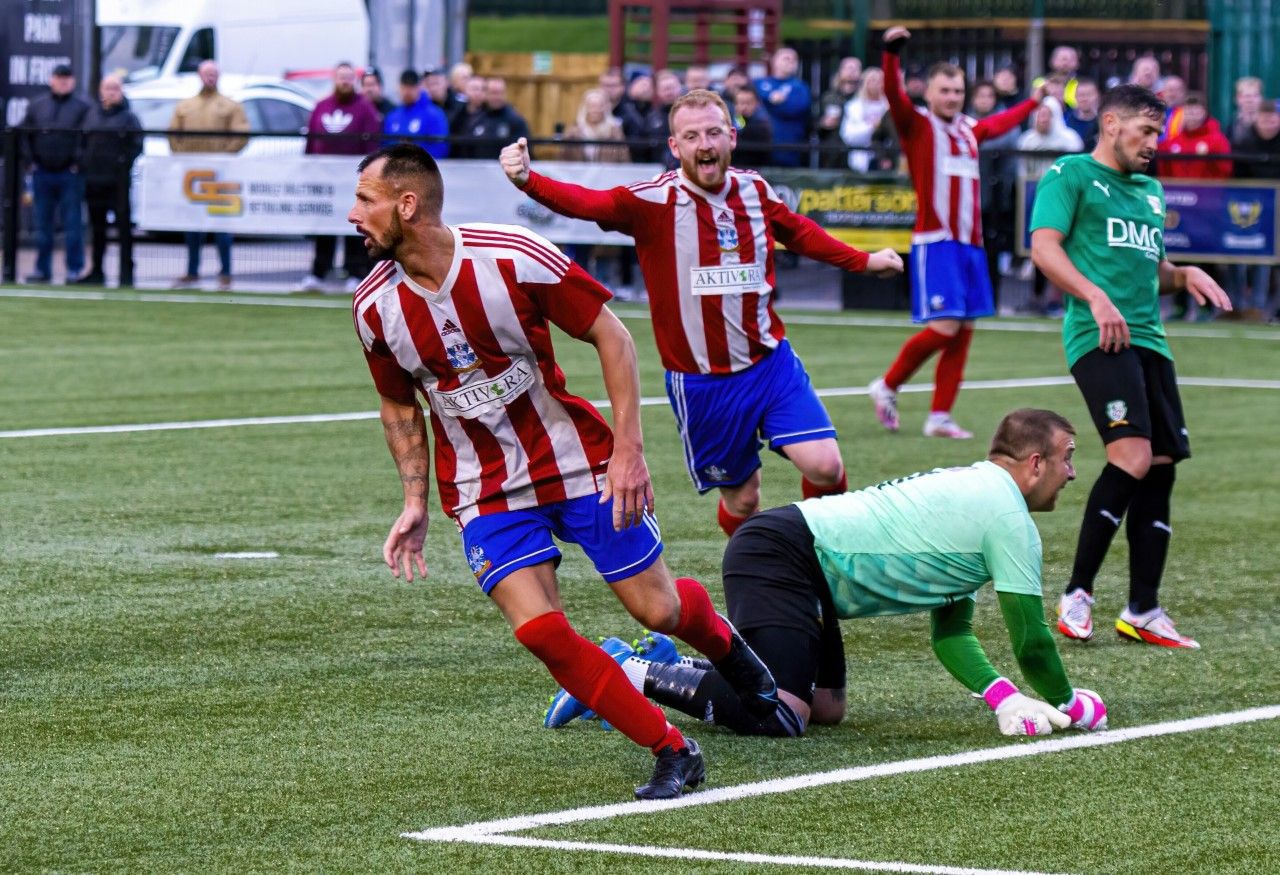 BALLYMACASH Rangers have one foot in next season's NIFL Premier Intermediate Division as the Mid-Ulster League champions were impressive in their 3-0 first-leg victory over St James' Swifts at Bluebell Stadium on Tuesday.

The hosts were two up at the break and full value for that and while the West Belfast side improved after a break, Justin Armstrong's second of the evening on the hour mark put the Lisburn side in pole position heading into Saturday's return leg at Donegal Celtic Park.

'The Cash' were simply too good in Tuesday's first leg as their intensity and pace gave the Ballymena & Provincial champions a headache from the off, not allowing the visitors to settle.

Armstrong was a real threat on the right channel as his pace was evidently going to be an issue for the Swifts, but just as impressive was the service into him as St James' were gradually forced back.

After a couple of early efforts, Michael Moore let fly with an effort outside the box for the hosts that just cleared Cona Russell's crossbar, but Ballymacash were getting closer and the breakthrough would come on 18 minutes when Dylan Davidson played an excellent ball into the near post from a corner on the right and Chris Ferguson got out in front to glance a header into the net.

Five minutes later and the hosts had doubled their money as an excellent deep low ball from set Armstrong in behind the Swifts' defence on the right and his finish was pinpoint, just inside the post and into the corner of the net.

At this point, the game really threatened to get away from St James' who just couldn't get anything going as the energy levels seemed to increase for the hosts given their brilliant start as they continued to press and look for further goals that could have left this game out of reach by half-time of the first leg.

The visitors managed to hang on although aside from a rather audacious effort from deep by Aaron Smyth that dipped just over and Ciaran Hyland flagged for offside before he finished, they couldn't get any sustained pressure with a Stuart Clarke effort for the hosts right on the stroke of half-time that just about cleared the bar leaving those two goals between them.

St James' did seem to come out with a lot more purpose in the second period with John Savage finding himself through, but he seemed to hesitate as the hosts appealed for offside and his rushed effort flew over.

Fra Nolan then shot over as St James' were enjoying more of the ball in the opposition half, yet the threat of Armstrong for the hosts again proved an issue as he took a lovely touch to put himself in on the right and while his low shot beat Russell, Aaron Smyth managed to get it off the line and out for a corner.

However, he wouldn't be denied on the hour mark as Michael Moore played a delightful ball into his path and this time he made no mistake, drilling low to the net and making it 3-0.

St James' pushed for a way back into this game to make it less of a mountain to climb on Saturday, but they didn't really create anything clear cut with a Daire McGrogan effort from deep flying wide and then Eugene Gallagher's cross from the left almost ending up in the net, but to Ryan Walsh's relief in the home goal, dropped just wide.

The final quarter saw little by the way of chances although Sean Pat Donnelly wasn't too far away with a free-kick late for Swifts, while Armstrong could and probably should have completed his hat-trick in the 90th minute but his effort was too high.

Still, Ballymacash will be happy with the lie of the land after the first leg and will travel to West Belfast with confidence this weekend, while St James' Swifts will hope home advantage will help in their quest to turn this playoff around.