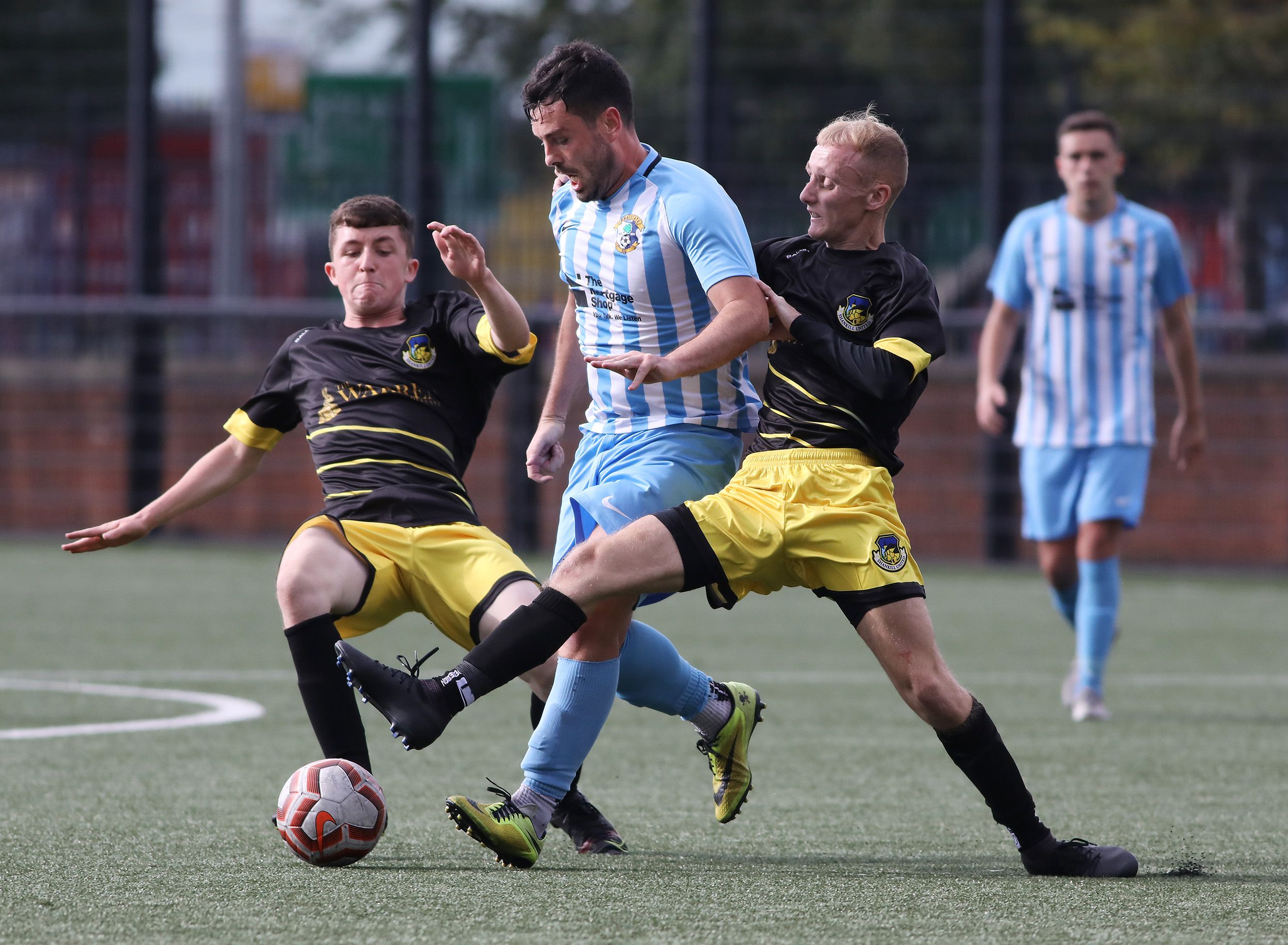 THREE first half goals were enough to send Immaculata safely through to the last 16 of the Border Cup as they got the Better of Shankill United at The Cage' on Saturday afternoon.

The Divis side went ahead three minutes in and kept their foot on the gas to have the game all but sealed by the break as the Shankill challenge fizzled out in the second period.

That's not to say the visitors didn't have their chances as they did, but were unable to take them with Immaculata just more clinical and indeed, looked the more likely to add to their tally in a second half that just petered out.

The hosts enjoyed a dream start as after an early period of crisp passing, the opening goal arrived from a breakaway as Shankill got forward for the first time. With possession turned overt, Padraig Adams played an excellent ball up to Kevin McGovern who got clear and while his first shot was saved by Gavin Robb, the rebound fell kindly and McGovern was able to slot home.

Shankill had their first chance on seven minutes when Jay Sheridan played an inviting free-kick into the box, but there was nobody there to turn it home.

They were punished as on 13 minutes it was 2-0 and it was a beautifully-worked goal as Immaculata built up on the left with McGovern passing inside to Daniel Jackson who moved the ball onto Brian McCaul to apply the finish.

Micheal Fisher then flashed a shot wide after a stray punch on the ball by Robb, but Shankill began to enjoy a bit of of the ball and created a couple of decent opportunities that would have brought them back into the game.

On 19 minutes, a corner from Mark Marshall was helped on and Kyle Dillon steered the ball goal wards, but it was cleared off the line. Four minutes later, another inviting ball into the area, this time from Dillon, just evaded everyone when it just needed the slightest of touches.

Immaculata almost found their third with a Sean McGovern free-kick not far away, but the goal did arrive on 29 minutes with Adams again putting McGovern through as his clever reverse pass sent the striker in on goal and while he still had plenty of work to do, McGovern remained composed and placed it low into the net for his second of the game.

Shankill pressed for a way back in and had further chances before the half as John Martin fired over and then Marshall rolled an inviting ball across goal with Sheridan looking favourite to get there first and finish, but a fine challenge saw the ball out for a corner.

This ball in by Luke Briars was flicked on with Robbie Morris thundering in, but his header was inches over the bar as the score remained 3-0 at the break.

The second half had much less goalmouth actin, but Immaculata almost found a fourth on 52 minutes as a probing ball forward broke to Padraig Adams who steered his shot just outside the post and then substitute Joe McClenaghan played a great ball into the area with McGovern lurking, but he was unable to complete his hat-trick with the shot just too high.

Shankill didn't really threaten with a rather tame shot from Marshall easily gathered after a good cut inside and then substitute Davie Terry-Houston forced a stop from Daire Macauley, but this was as close as they got.

Immaculata did threaten once more with substitute Thomas McAllister producing a lovely turn to get in behind the defence on the left, but his shot just flashed across goal.

It didn't matter much as by this stage the game was safe and Immaculata now move into the last 16.